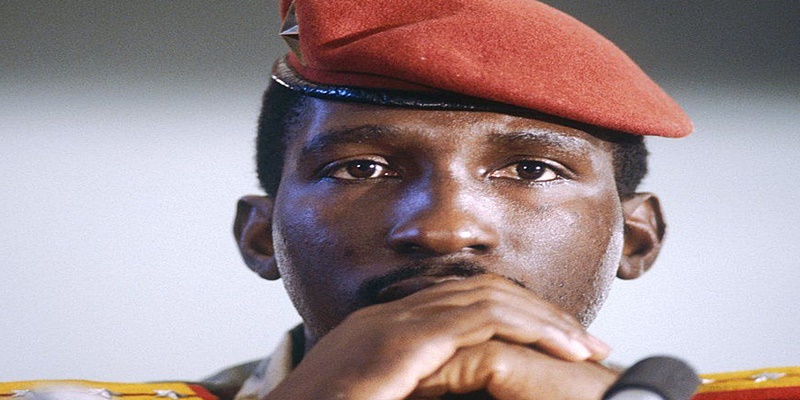 The coup d’etat which just happened a little over 2 weeks ago in Burkina Faso on September 30, 2022, marks the need for Burkinabe and Africans in general to be in charge of their own destinies. We have the land, we have the resources, we should be in charge of our own destiny. We can no longer be ‘partners’ (more like slaves) to a master (France and the West) which takes all our resources while leaving us dirt poor. We deserve dignity, and are going to reclaim our territories, in the case of Burkina Faso or Mali, territories stolen by terrorists armed by foreign powers; we are going to reclaim our resources, and more importantly reclaim our lives, and our futures. As we mark the 35th anniversary since the murder of Thomas Sankara, president of the Faso, his widow Mariam Sankara gave a speech which can be found in its entirety on ThomasSankara.net. I have translated parts of it. Enjoy!

The date of April 6, 2022 will remain engraved in the history of our country as an important moment during which the justice of Burkina Faso sanctioned the assassins of President Thomas Sankara and his 12 companions in misfortune (Verdict Guilty: Blaise Compaoré Guilty of the Murder of Thomas Sankara).

Once again, I would like to thank you all for your support before and during this first part of the trial. My thanks go to the family lawyers, to the organizers of the “fight against impunity, justice for Thomas Sankara” campaign, to militant Africa in general, to the associations of Burkina, to the Diaspora, to the people of Burkina Faso and to the friends from Burkina Faso.

However, we must know that our struggle is not over. …

.. Burkina, as we all know, is going through a serious period in its history due to the destabilization imposed on it by terrorists supported by shadow forces. These forces want to wipe our country off the map of the world. This project is unacceptable.

We must all opt for the support of our security forces, the families of the victims and those displaced by war, who number in the thousands.

Admittedly, we must rely on our own strengths, but it is imperative that we call on honest and credible partners, if necessary.

May Burkinabè patriotism serve as a compass for the final victory against terrorism, for social cohesion and for the prosperity of our country.

Fatherland or death, we will win!

This article has been read 201 times
COMMENTS