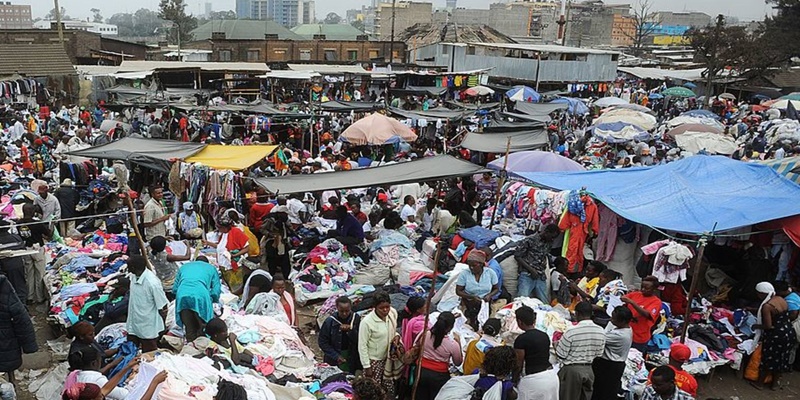 Kenyans are feeling the sheer effect of the heating economy and want to see the state cool off the bubbling effects’ on wananchi by creating more wealth and jobs. Today, nearly all prices of basic food commodities have increased to an extent that most people have been reduced to real hustlers or survival of the fittest. (Social Darwinists).

People are spending more on consumables and cutting back on luxuries to shed off the effects of the overheating or fizzing economy. So, Kenyans want the state to create more wealth, by increasing agricultural production, subsidies, expansion of businesses, and providing new employment opportunities.

Although the National Treasury recently claims the economy is on the path to recovery as things stand, it’s still far from being repaired, the above issues upheld. Most investors and economists, and even the common man are already worried that the economy might be growing too fast or overheating, hence the need to cool it. An overheated economy, in economic parlance, is one that is expanding at a rate that is unsustainable.

Multilateral institutions have sounded enough alerts that are now pushing the authorities to swing into swift action with resolute solutions to sort out the challenges. The International Monetary Fund (IMF), for instance, has projected that Kenya’s inflation rate will hit a high of 7.2 percent this year. This could worsen. Consequently, it expects the cost of living pain to remain over the medium term, with inflation projected at 7.1 percent in 2023. These projections are contained in the IMF April 2022 World Economic Outlook (WEO) report, which is in the public domain.

Last year, economists predicted that the country’s economy— as measured by gross domestic product (GDP) would grow by 5.4 percent in 2022. But this isn’t adding up now. According to the latest Kenya National Bureau of Statistics (KNBS)report, our (GDP) only grew by 5.2 percent in the second quarter of 2022. This is a significant drop equal to the growth of 11 percent that was reported in the same period last year due to the effects of inflation.

In its report, KNBS said the Kenyan Shilling depreciated by 7.9 percent against the US Dollar from an average of Sh107.73, with the effect felt on daily spending by households. This was reported in the second quarter of 2021 to Sh116.33 percent in the corresponding quarter of 2022 as Kenyans adjusted their shoestring budgets. KNBS attributed the decline in GDP to the weakening of the Kenyan shilling in the financial markets as a key economic indicator in which the Agricultural sector suffered. There was also a contraction of 2.1 percent in the key Agriculture, Forestry, and Fishing activities mainly due to unfavorable climatic conditions.

Kenyans are spending a lot of money on a daily basis. Some producers are struggling with the high cost of raw material prices and shipping costs, passed on to the end consumer.

The state is exploring subsidies as part of the solution. Already, fertilizers costs have been reduced to Sh3, 500 up from Sh7, 000. The rising energy and oil prices have kept inflation rates even higher, spelling a slow pace in the economic recovery path. Price surges could curb consumer spending. Keeping prices stable is

President William Ruto has appointed a team of resolute economic advisors to help him fix the economic woes worrying Kenyans. He has named renowned Economist Dr. David Ndii, a co-founder of the Institute of Economic Affairs, as the chairman of the President’s Council of Economic Advisors. Also picked as the Senior Advisor and Head of the Economic Transformation Secretariat, is Augustine Cheruiyot. Dr. Kamau Thugge, a former Treasury PS, will be the Senior Advisor and Head of Fiscal Affairs and Budget Policy. Mohammed Hassan will be a member of the President’s Council of Economic Advisors while Dr. Nancy Laibuni an associate member. Former MP Katoo Ole Metito will now take charge as the State House Comptroller.

Two years ago, our businesses were shattered and the nation crouched down in the face of the Covid 19 pandemic. Today, the economic rebound is ongoing, but we are not quite back to normal as the latest economic indicators show. We need a sound monetary policy that will have an impact on the borrowing in our economy. This will help cool off the bubbling heat effect.

On the other hand, Fiscal policy will have an impact on the national budget deficit.  Our national budget is Sh3 trillion plus now. The deficit needs are always financed by multilateral institutions. But Kenya is already deep into debt to the extent Kenyans want the debt ceiling capped.

These are among the issues in the tray that await the Ndii, Cheruiyot, and Thugge bands. Kenyans want to see real and absolute socio-economic change.

This article has been read 344 times
COMMENTS