Does Africa have Professors of Economics? A Rejoinder to President Museveni 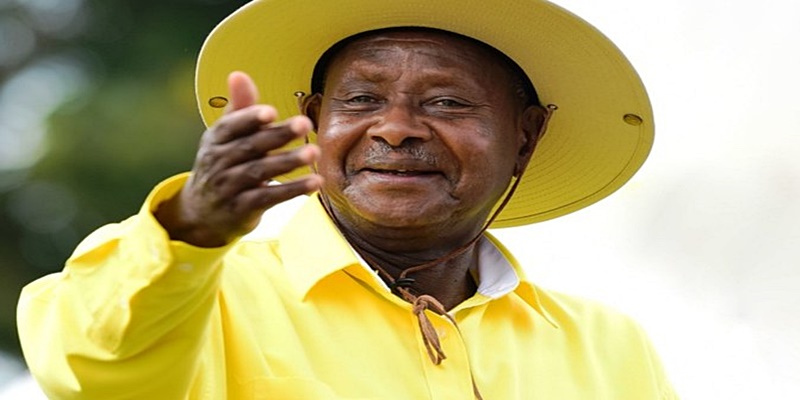 Allow me to briefly answer your question that asks: Does Africa have Professors of Economics? It has plenty of them. Some are even jobless. They’re not just Professors of economics but competent ones that some western countries can grab under brain drain, which their maladroit and myopia rulers purposely created.

Gen., Museveni, allow me to humbly ask you a simple question: Does Africa have leaders or rulers? Additionally, do African Presidents have brains and eyes? Why am I asking all this? I wonder how a President like yourself who has been in power for close to four decades fails to know if Africa has Professors of economics. How many have you created or empowered for the decades you’ve been in power? Gen. Museveni, don’t you know that, in Africa, experts don’t make decisions but politicians­­­­ who are not qualified do? Do you know why Presidents, Ministers, and MPs enjoy humungous emoluments and salaries while Doctors, Professors, and other experts of their fields receive peanuts? In Africa, including Uganda, politics bullies and exploits other fields. Interestingly, whereas the Professors of economics you’re asking for are professionals. Politicians are however neither professionals nor patriotic.

You suggest that we should be patriotic and love of Africa. Do you know that those professionals are more patriotic than politicians who vend their countries for their personal gains? Another thing you suggested–that’s flying in your face is democracy! How much democracy not domocracy or the freedom of jabbering, is there in Uganda to begin with?

You suggest the “building of an independent, integrated and self-sustaining national economy.” Is that feasible? If yes, can you show us how you built it in Uganda in the first place? How can Africa build an integrated and self-sustaining economy amidst bad governance, stinking corruption, nauseating criminality, cult personality, dictatorship, greed, myopia, nepotism, and the likes mostly committed by its rulers? Did you mean self-serving economy for politicians when you said self-sustained national economy?  You also said, Africa needs to build independent economy.  How can it amidst dependency that our current rulers seem to be at home with?  Can a begging Africa do so really? Can extravagant, self-serving and thuggish rules build such an economy practically?

Gen. Museveni, allow me to introduce you to my coming book on Africa’s Internalised Internal colonization, which suggests that Africa must decolonise itself for it to develop. It’ll be published by Mwanaka Publishers, Zimbabwe soon. In the said book, I answer your major question that Africa’s lagging economically because it is colonised by black colonialists (Presidents).

I strongly argue that Africans, especially in the Sub-Saharan Africa (SSA) are ready to unite but their rulers are the biggest obstacle of all. If you ask Congolese, Burundians, Kenyans, Rwandans, South Sudanese and Tanzanians that form the EAC if they’d like their colonial-created countries to unite even tomorrow, the answer will be soundly in the affirmative. Again, if you ask their rulers, the answer will soundly be in the negative. Why? Because they don’t want to let go their narrow interests such as enjoying power and its trappings and the discretion they enjoy and use to exploit and fleece poor citizenry.

Why, as the President, have you the power to appoint your wife and promote your son without being reprimanded? Again, if a doctor appoints his/her wife/husband a helper, it’ll be called nepotism and s/he’ll need to explain.

In sum, Africa unite or perish. That’s the title of my book that’s published by Langaa, Cameroon in 2015 in which, I hypothesise how Africa can develop and help other countries using its humungous resources. Please find it and read it if it pleases you.

Mhango is a lifetime member of the Writers' Alliance of Newfoundland and Labrador (WANL), an expert in Terrorism and author of over 20 books among which are Africa Reunite or Perish, 'Is It Global War on Terrorism' or Global War over Terra Africana? How Africa Developed Europe.

This article has been read 276 times
COMMENTS