A Finance Expert on the World Cup Football 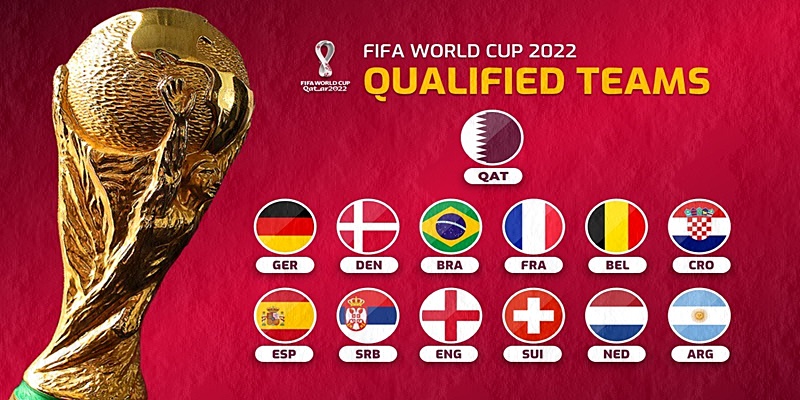 Fred Razak, Chief Trading Strategist at CMTrading chats about the unique conditions of hosting the financial powerhouse that is the FIFA Football World Cup. The tournament kicks off again on November 20th and is once again expected to be one of the most watched sporting events in the world.

“To understand the motivations in Qatar for hosting this world cup, you need to understand that no one in the world is saying 'Let's go to the Middle-East' at the moment,” says Razak “Most tourists are thinking Europe, Asia, and even South America”.

“The reliance on oil is diminishing around the world, which is going to tap off all kinds of revenue for these oil producing states – like Dubai, Kuwait, Saudi Arabia and Qatar, and so they are at a cross-roads. They are looking at ten to fifteen years down the line and they are thinking, what happens when there is no longer any demand, or all this oil is depleted? Tourism revenue may be the answer, but to attract that in the future grand gestures are necessary now.”

Cost of the event

Despite the estimated cost of hosting the tournament climbing from $US14.2-billion in Russia in 2018 to US$220-billion in Qatar this year, Razak feels the investment is still a sound one.

“This is a smart decision from Qatar's side. US$220-billion for them right now is nothing, but in ten years it may be a lot,” explains Razak.  “By opening up these borders early and giving themselves access to other forms of income, other people who may never have paid a second thought to Qatar, they now open up future business opportunities that otherwise may not have happened, both for Qataris and investors overseas.”

“Income from ticket sales is just the tip of the iceberg when it comes to immediate benefits. Think of the advertisers, the agencies who support them, the PR companies, and media sales companies that support it all. Even internet companies are seeing a windfall from livestreaming events to additional forum traffic,” Razak says. “So it trickles in many different directions. This is a world event. It crosses every border. When it comes to football, this is the most widely watched sport in the world. It overcomes every boundary. It's an extremely impactful event”.

“Coca-Cola is a very strong brand. A brand that has stood the test of time. The only way they can grow into the next generation is by promoting it to the next generation and it's interesting that your most important segment is the 18 to 25 year old, because that's who is going to be there, buying your product tomorrow. Who is watching the The World Cup? Not only do you have the older generation, but you also have that crucial younger demographic. The World Cup is therefore a very important event to keep an eye on,” Razak explains.

“I don't think companies are looking at the ethics at all. They don't look at it as endorsing the country's ethics or moral standards. They are just hosting this event,” says Razak.

“When one starts to look closely at ethics one may ask oneself if any country deserves to host a World Cup. Russia hosted the last one. Does Valdimir Putin really reflect everybody's ideologies? Is he moral? Is he ethical? That could be challenged as well. Is the United States ethical or moral for any given purpose? You could argue this for any country. One country just does it behind closed doors and one country does it in the open. That doesn't make you more or less ethical obviously,” Razak says.

“It may even end up being a good thing? Hopefully, the added scrutiny that comes with hosting a world cup will inspire Qatar potentially adjust the way they do business, be a bit more transparent going forward and look for change if they are hosting it?” concludes Razak

This article has been read 387 times
COMMENTS