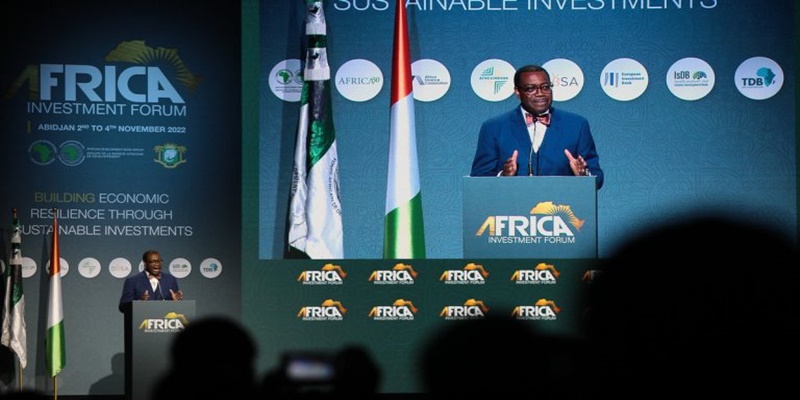 Africa beyond aid is an Africa driven by investments!

Africa has shown resilient recovery from the COVID-19 pandemic.

Africa recovered in 2021, as Foreign Direct Investments rose to $83 billion, doubling the flows in 2020.

Africa is the place to be.

Just think of the following:

By 2050, Africa will account for over one quarter of the world’s population.

Africa has the largest sources of renewable energy in the world.

Africa has 65% of the uncultivated arable land left to feed the world.

The future of electric cars in the world depends on Africa because it has the largest sources of cobalt in the world, with massive sources of lithium in Zimbabwe, Namibia, Ghana, Mali, and Democratic Republic of Congo.

The African Continental Free Trade Area is the largest free-trade zone in the world connecting economies worth $3.3 trillion.

So, Africa cannot be ignored.

If you are not investing in Africa, think again!

Africa is the investment frontier in the world – today and in the future.

Invest in Africa today, benefit from its great future.

The Africa Investment Forum is delivering amazing investments for Africa.

In four years since the Forum commenced in 2018, it has helped to mobilize $110 billion in investment interests to Africa.

At the Africa Investment Forum, we do deals, deals, and deals.

And they are transformational deals.

The $600 million securitized finance to support the cocoa board of Ghana, has helped Ghana to grow its cocoa production by one million metric tons, with infrastructure for warehousing and cocoa processing.

The landmark $24 billion Liquified Natural Gas Project of Mozambique which was structured and closed at the Africa Investment Forum, is the largest ever foreign direct investment in Africa. It will turn Mozambique into the third-largest exporter of natural gas in the world and add $66 billion to its economy.

At the virtual Africa Investment Forum held in March this year, we secured $15.6 billion in investment interest for the construction of the Lagos-Abidjan Highway. The highway, which carries 75% of trade in the West Africa region, will help unleash greater growth, trade, and investment across the region.

Today, President Ouattara, President Akufo-Addo and President Talon will discuss the location of the secretariat for the project, as we get it off the ground.

In the next 72 hours, we will have curated several investment ready projects for you as investors. These range from renewable energy hydropower, gas infrastructure, railways, roads, and water transport. They include agriculture, health, mining, fertilizer manufacturing, port infrastructure, and urban green transport. They include sports, urban housing, and private equity feeder funds.

And we have investments targeting women-led businesses.

As President Sahle-Work Zewde said, “it is very important for a woman to believe there is nothing she cannot do.”

For all the women business leaders of Africa, yes, there is nothing you cannot do. This Forum will strongly support women businesses.

We have at the Forum multilateral and bilateral financial institutions, development finance institutions and commercial banks across Africa and outside of Africa. We are here to send a strong message to you the investors: we will de-risk investments, we will syndicate financing around investments, we will support your investments all through, from the board rooms to cutting the tapes to launch your projects.

You should have confidence in Africa!

As investors, think of the following:

Africa is not as risky as you think. Perception is not the same as reality.

The Africa Investment Forum will make investments to land in Africa -- like a plane on a smooth landing strip.

That’s why our Heads of States and Governments are here.

Africa’s Heads of State and Government will join you, the investors in Board room sessions –as CEOs of their own countries – to assure you of the policy, legal and regulatory environments’ support needed to make your investments work.

This is the only time you will ever get a Head of State acting as a CEO!

You have all it takes to succeed with your investments.

The Excellencies, Heads of State and Government, as CEOs, are ready.

The Ministers are ready.

The financial institutions are ready.

You, the investors, are ready!

The Africa Investment Forum is ready!

Thank you very much.

This article has been read 304 times
COMMENTS