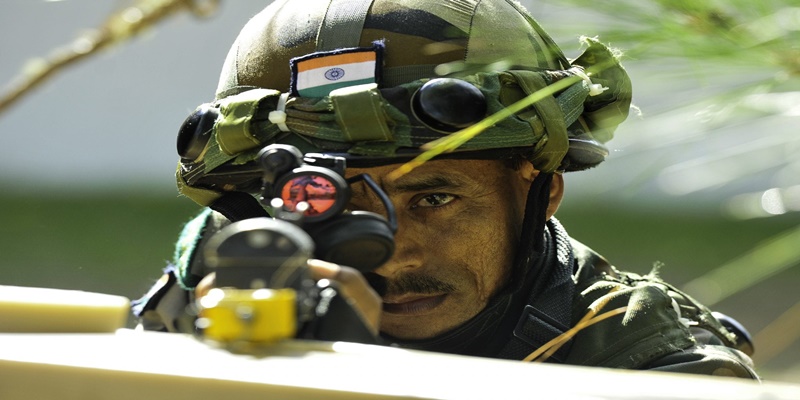 Defence Minister Rajnath Singh hosted the Defence Ministers and Heads of delegation from African countries during the second India–Africa Defence Dialogue (IADD), organised on the sidelines of DefExpo2022 at Gandhinagar on 18 October 2022. The main theme of the event was ‘Adopting Strategy for Synergizing and Strengthening Defence and Security Cooperation’. The Gandhinagar Declaration was adopted as the outcome document of the IADD. A special cover on the IADD, a brochure of the India–Africa Security Fellowship Programme to be hosted by the Manohar Parrikar Institute for Defence Studies and Analyses (MP-IDSA), New Delhi and a volume on India–Africa Defence cooperation, were also released. The IADD will definitely reinvigorate India’s defence cooperation with African countries in training, maritime cooperation, countering terrorism and transfer of defence equipment.

Skills enhancement and capacity building through the Indian Technical and Economic Cooperation (ITEC) programme is an important pillar of India’s long-standing partnership with African countries. India’s focus on training and skills enhancement matches with the goal of African countries towards a skills revolution for their youth, as portrayed in African Union’s Agenda 2063, a blueprint for transforming Africa into a global powerhouse. Providing opportunities to defence officers from Africa to study at India’s premier defence training establishments or sending training teams to an African country as per its requirement has been the bedrock of India’s defence cooperation with the region.

Despite the efforts by African countries, conflicts continue to simmer in some parts of the region. Recognising the security challenges faced by African countries, India has supported their efforts towards fostering peace and security through deployment of Indian peacekeepers for the United Nations Peacekeeping Operations (UNPKO) in the region. India has participated in majority of the UN peacekeeping missions in Africa, including those in Congo, Namibia, Mozambique, Angola, Somalia, Rwanda, Sierra Leone, Burundi, Ethiopia-Eritrea, Liberia, Sudan, South Sudan, Abeyi, Western Sahara and the Democratic Republic of Congo.

At Gandhinagar, India has committed to continue its support to UNPKOs in Africa.  It will also continue to train officers from African countries at the Centre for UN Peacekeeping (CUNPK) in India. One of the important trends in UN peacekeeping in Africa is the increase in troop-contributing countries from Africa. Rwanda is currently the largest troop-contributing country from the African continent. India is ready to support African countries in augmenting their peacekeeping abilities.

Maritime security is another important pillar of defence cooperation between India and African countries. There is a shared concern over the numerous maritime security challenges such as piracy, maritime terrorism, Illegal Unreported and Unregulated (IUU) fishing, drug trafficking and human trafficking. This concern was highlighted by Prime Minister Narendra Modi during his landmark address to the Ugandan Parliament in 2018, where he announced the ten guiding principles of India–Africa cooperation.

It is also reflected in India’s cooperative and inclusive vision of SAGAR (Security and Growth for All) unveiled by Prime Minister Modi during his visit to Mauritius in 2015. Similarly, in 2014, the African Union adopted the 2050 Africa’s Integrated Maritime (AIM) Strategy that focuses not only at the maritime security challenges but  also calls for sustainable development of the region’s blue economy. Over the years, India has assisted African countries in surveillance of their Exclusive Economic Zone (EEZ) and Humanitarian and Disaster Relief (HADR) operations. The Gandhinagar Declaration underlines India’s efforts in this crucial area and calls for sharing best practices and experiences to combat disasters and other challenges.

Countering terrorism is another common challenge that India and African countries face. Several countries in Africa have been dealing with terrorism. In West Africa, Boko Haram has created insecurities within Nigeria and its neighbours. The affiliates of Islamic State and Al Qaida have been terrorising several countries in the Sahel, including Mali. In North Africa, threat from the Islamic State of Iraq and Levant (ISIL) or the Al Qaeda in Maghreb (AQIM) is continuous. The fighters of Al Shabaab continue their incessant violent activities in Somalia and neighbouring Kenya in East Africa. In Southern Africa, the Cabo Delgado region in northern Mozambique has faced numerous terror attacks in recent years. The troops from Rwanda and the Southern African Development Community (SADC) countries have brought the situation under control to some extent. However, the threat of terrorism has not gone completely. The African Union has taken several measures to deal with this scourge;  nevertheless the threat persists. India has a long experience in dealing with violent terrorism. At Gandhinagar, India has offered to provide counter-terrorism training to African countries.

The IADD held on the sidelines of DefExpo 2022 provides an opportunity for the African partners to get a clear picture of India’s defence manufacturing capabilities. The current Ukraine crisis has highlighted the importance of diversifying sources of weapons imports. Currently, Russia is the largest exporter of weapons to Africa, followed by China and European countries. The Gandhinagar Declaration reveals that India’s defence public sector company, Bharat Earth Movers Limited (BEML) will open an office in Kenya, while Bharat Electronics Limited (BEL) will open an office in Nigeria. This will help in facilitating cooperation in the field of transfer and maintenance of defence equipment.

Finally, the IADD held in Gandhinagar also encourages further research of security issues through offer of fellowships to experts from African countries, under the ‘India–Africa Security Fellowship Programme’ to be hosted by India’s leading think tank on strategic studies, the Manohar Parrikar Institute for Defence Studies and Analyses (MP-IDSA).  Over the years, the Institute has been involved in conducting research on African issues and has strived for greater interaction between Indian and African experts. It is hoped that this novel step will increase the understanding of numerous security challenges faced by African countries and India and also generate a broader debate and discussion within the respective strategic communities.

In conclusion, the conduct of the India–Africa Defence Dialogue at Gandhinagar, Gujarat has opened multiple pathways for defence cooperation between India and Africa. The IADD is another critical step taken by Prime Minister Modi’s government to accord high priority to India–Africa engagement.

Views expressed are of the author and do not necessarily reflect the views of the Manohar Parrrikar IDSA or of the Government of India.

This article has been read 226 times
COMMENTS