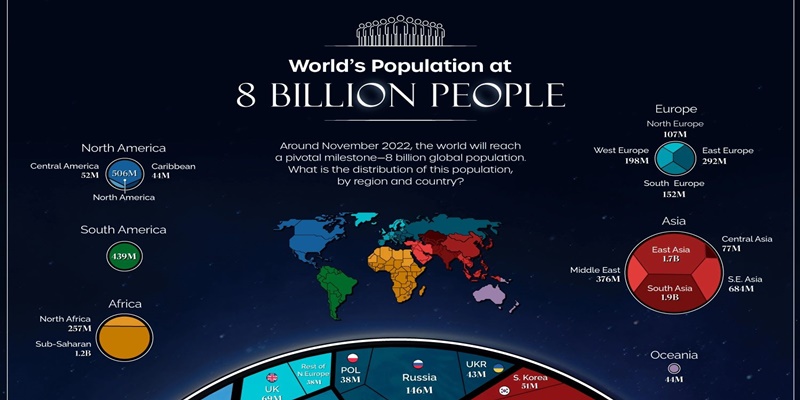 On Tuesday, November 15, 2022, the world’s population surpassed 8 billion people. According to the UN’s World Population Prospects 2022, global population will continue to expand for decades, likely peaking around 10.4 billion by 2080. Global population reached 7 billion in 2011 and was estimated at 4 billion in 1974.

Development pundits argue that continued rapid growth will adversely affect people and the planet, stressing public health, the climate and environment, food security, water, and infrastructure, and fueling civil conflict, displacement, and global inequity. It is estimated that rapid population growth will continue and add another 2.4 billion people in this century, and that most of that growth will be concentrated in Africa and other places in the global South.

It is imperative that instead of joining the pessimistic rhetoric that sees population growth as a time-bomb, Africa’s development planners should begin preparing for this eventuality and strategize on how to turn this population boom into an ultimate resource and boon.

This article has been read 377 times
COMMENTS