African Culture Must be Preserved 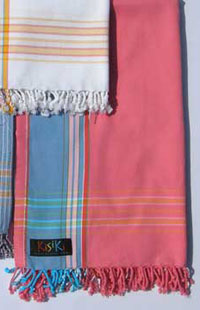 My fellow African Youngman, have you ever asked yourself about yourself, your current and future life? What about your culture as an African? Do you take time to observe the effect of our local and international media on our culture?

A cultureless generation is springing up on the African continent. Our culture is damaged and smashed  while we keep thinking that we are coping with globalization.

In church, I was taught to stop practicing any African cultural activities. African dance, songs, drum, words, clothing, even language were regarded as a Satanic! The general attitude in the church was that  “Africans are cursed by God.” Such a mentality quickly erodes our culture.

I have been watching different music and singing competitions taking place all over the continent; it’s really embarrassing on our culture. When a contestant belts a tune in an African way, he/she is told to sing something “popular.” This thing called 'popular' is always a foreign style.

In various competitions like Big Brother Africa, no African language is allowed in the house. Wherever African culture is portrayed,  it is linked with catastrophe, like HIV/Aids, war and violence.

Our local languages are called 'vernaculars' and are therefore not official and not worth to be used in public.Why should we adopt foreign languages in an African setting? I always wonder whenever I see a display of well detailed foreign news on our media, but shallow on local ones.

In my country Tanzania, a Swedish snake hunter came and conducted a hunting business by pretending to discover undiscovered snakes. The guy went with his camera in different bushes and forests, taking pictures and videos of different snakes. Eventually, he reported to have discovered new species of snakes. He was praised by our national museums given credit and  for such great achievement! But my grand parents knew about all these snakes and birds and each had its local name! But when a European came and renamed our snakes, everyone applauds him for changing  the African way of naming!

I love dressing in African style. Many youths are not aware of the African way of doing things. Big shopping malls and centers are scattered everywhere, praising foreign styles clothes. When shall we ever cherish "made in Africa?"

Our imported education systems interfere with culture; all books we read are written by either foreign or foreign minded African writers.Let us remember that: culture is a total way of life and a man’s way main identity. I have visited, read and watched various cultures, but I have never seen any which is as beautiful as African.

This article has been read 11,535 times
COMMENTS