Nigeria:Terrorism and a People's Passivity 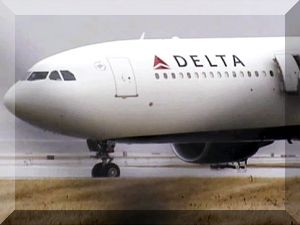 When the spate of kidnappings began in the Niger Delta, Nigerians could disassociate from the expatriates being kidnapped. When the kidnapping sprees became a full fledged 'cottage industry' of sorts, Nigerians, collectively, wrote it off as something that only happened to wealthy Nigerians. When Boko Haram wrought havoc across the northern part of the country in an effort to achieve its radicalized Muslim ideas, the full fledged discourse necessary to address, analyze and solve that problem failed to fully materialize. And now, as a Nigerian has been identified as the alleged terrorist that attempted to blow up an aircraft, on Christmas Day, will Nigerians once again opt to disassociate from the matters at hand and fail to tackle the obvious realities that must be addressed?

Who is the Nigerian Terrorist?

Umar Farouk Abdulmutallab boarded a KLM flight in Lagos, Nigeria, connecting in Amsterdam on his way to Detroit, Michigan. The 23 year old Abdulmutallab, allegedly the son of an elite northern Nigerian banker, has been charged with attempting to explode a device over the continental United States. His father apparently warned the U.S. government of his son's radicalization. The younger Abdulmutallab lived in a luxury apartment in London and before his failed terror attempt, was allegedly groomed in Yemen to become a radical monster.

Despite the growing facts that continue to be revealed about this story, some Nigerians continue to argue amongst themselves that Abdulmutallab is not really Nigerian, because no Nigerian wants to die. Others assert that no Nigerian is interested in waiting for his 72 virgins in Allah's heaven. Regardless of these theories, the reality is that Abdulmutallab is in fact a Nigerian, and he did detonate an incendiary device on an airplane carrying 278 people. Alas, although his acts were those of one man, supported by others who will hopefully be determined by the appropriate authorities, this incident is another blemish on the Nigerian reputation already put asunder by corrupt and unaccountable government officials, so-called 'Princes' selling wealth in online schemes of greed, Hollywood/South African films and a host of other factors. But, most importantly, it is Nigerians themselves who must overwhelmingly state that the "buck stops here" - with each individual.

Abdulmutallab and other radical Nigerian Muslims are a product of a society that fuels rage and dissatisfaction. It just so happened that this instrument of terror was a rich child, which is understandable because a less connected or wealthy Nigerian would have been unable to get the travel documents necessary to attempt such an act. But, Boko Haram is a clear and recent reminder of what poverty, lack of adequate education or options (both not a factor in Abdulmutallab's case), brainwashing and Islamic radicalization, and rich northern elites financing such endeavors can accomplish in little time.

Solution, not delay is necessary

Consequently, Nigerians must not forget the recent daunting figures that there are approximately 10 million child beggars of northern decent currently living miserable existences in a nation that supplies the world oil. These children, someday, could be rife for the murderous philosophies Abdulmutallab fell for, and he came from a wealthy northern elite family. That is a possibility that Nigerians must not allow to come to pass. And when one considers that additionally incredible numbers that 23mn of the nation's youths are currently unemployable, unemployment stands at 28.57%, schools are repeatedly on strike, basic amenities (reliable light, clean water, etc) are hard to come by and the nation's leaders (its missing President included) prefer to spend the people's money traveling to the tune of N2.7 billion, Nigerians should not simply be troubled, or call on God for help. They should be upset, upset enough to collectively prevent their representatives from leaving the National Assembly without producing concrete results that are meaningful and measurable. As such, Nigerians must begin to make demands of their government to satisfy the role of a government and not deter/derail honest, hardworking citizens' efforts to improve the nation, as is currently the case.

Where is the response ?

Since news broke about the "Nigerian Terrorist," not a single Nigerian official has taken to the international airways to publicly address the incident and provide a voice to counterbalance the information shared by the media and growing anti-Nigerian sentiment. The government, however, has issued an official statement reacting to the incident, specifying,

"The Federal Government of Nigeria received with dismay the news of attempted terrorist attack on a U.S. airline. We state very clearly that as a nation, we abhor all forms of terrorism. The Vice-President of the Federal Republic of Nigeria, Dr Goodluck Ebele Jonathan, has directed Nigerian security agencies to commence full investigation of the incident. [O]ur security agencies will cooperate fully with the American authorities in the on-going investigations. Nigerian government will be providing updates as more information becomes available.” [sic]

The attempted terrorist attempt occurred on December 25th, and as at the time of this publication, two days had passed. Those are two days that could have been used to begin damage control. Nevertheless, it is not too late achieve that goal and salvage the nation's reputation. Nigerians need to know that their government is addressing the incident and of course, the world would like to know how the Nigerian government and people will prevent a recurrence - questions that the government is obviously better suited to answer. As noted above, N2.7 billion was spent by Maduekwe to give the nation "visibility", and if ever there was a time Nigeria needed some positive visibility, it would be now. Add to this the disappearance of Nigeria's President Yar'Adua since November 23rd, 2009 and the fact that Nigeria is working on rebranding its image. As such, there is no more time for the usual delay tactics historically employed by the Nigerian government when faced with challenges.

Nigerians cannot continue to be passive as their nation, its image, and its people continue to fall apart and succumb to pressures that produce a level of inhumanity and insanity that is absolutely unacceptable. It would be redundant to state that Abdulmutallab's terrorist attempt has unfairly complicated the lives of Nigerians and other nationals attempting international travel. Regardless, it puts a spotlight on the need for Nigerians to address and solve militancy, violent kidnappings, corruption, radicalization and the many home grown factors that contribute to them. Additionally, Nigerians themselves cannot simply disassociate from the realities of poverty, northern child beggars and other issues that require a national discourse. Finally, the Nigerian government must not be allowed to skate by without truly representing the people they are meant to serve as such unaccountability only feed the nation's enduring punishment problem and the continuing distrust that fuels tribal and religious violence. So will Nigerians again not address the issues staring them in the face? Only time will tell but now is the right time to no longer tolerate the problems that are poisoning a nation and its future.

This article has been read 11,462 times
COMMENTS