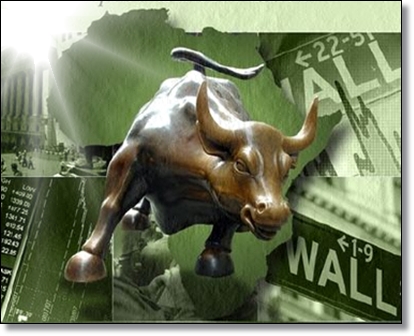 The rise of the middle class and the increase of wealth in private hands in Africa signal great opportunities for growth for the continent and investors. Merrill Lynch and Capgemini consultants indicate that the continent has 100,000 Africans with USD 1 million to invest. Africa’s momentum towards productivity calls for enactment of sound public policies.

In the beverages sector; Diageo Plc, one of the oldest investors on the continent, sees the increased number of Africans with money to spend as a great opportunity for growth. It made the largest single investment in Ethiopia by a British entity with its acquisition of Meta Brewery and in Nigeria under Guinness Nigeria Plc made a USD 359 Million investment in 2011. In the last 5 years alone, Diageo has invested over USD 1.6 billion in Capex and acquisitions in Africa. The British alcoholic beverages giant first landed its Guinness beer in Sierra Leone in 1827. Heineken B.V. acquired 2 breweries in Nigeria in 2011; SABMiller entered a strategic alliance in 2001 with Castel Group and bought 20% stake in Paris-based group’s beer and soft drinks operations in Africa. Global giants are not the only ones who have sensed growth opportunities on the continent, African investors have taken proactive steps to tap into the emerging growth trends.

Nigeria, a member of the Economic Community of West African States (ECOWAS) was one of the leading investors in Ghana last year. Nigerian owned companies invested USD 1.5 billion in Ghana’s economy. In the East African Community (EAC), the retail sector has taken the lead. Kenyan owned Nakumatt supermarket has invested in three East African countries (Tanzania, Uganda and Rwanda) while Uchumi Supermarket has invested in Uganda and Tanzania. South Africa based supermarkets take the lead in driving intra Africa FDI through their leading chains such as Shoprite (in 16 African countries) and Pick’n Pay (in 5 African countries).

In Africa,  the term “investor” which was once attributed to foreigners from the West and Asia has gained a new meaning. An estimated 90% of Africa’s investment promotion agencies target FDI from their regions on the continent. Africa’s 313 million middle class population (34% of the population) that spend USD 2 – 20 per day have presented a new set of demands triggering an investments growth momentum.

According to the United Nations Conference on Trade and Development (UNCTAD) World Investment Report of 2006, intra-regional investment flows within Africa amounted to an estimated USD 2 billion annually in 2002 – 2004; USD 1.6 billion during 2005 – 2007; and hit USD 6 billion in 2007. Intra-regional investments are mainly driven from North and South Africa with East and West African countries as recent players.

Time is ripe for Africa to consider sound public policy elements and involve investors in continental policy formulation. Public policy elements include strategic offer of incentives to achieve desired targets. Such incentives include custom duties exemption for plants, machinery, graduated and reasonable corporate taxes and tax holidays, relief from double taxation, and location incentives through tax rebates for manufacturing companies.  Additional policy elements include fair competition (rule of law and not rule of man); long term impact of decisions to all people (not to serve interest groups at expense of the public); people freedoms (to uphold standards, safety and individual liberty) and strong government as a facilitator of good business environment (transparent regulatory framework).

It is important that African policy makers seize the momentum created by intra African investors and invite them on the table to share their challenges and solutions. African integration plans driven by the 1980 Lagos Plan of Action, the 1991 African Economic Treaty and the 2000 Constitutive Act of the African Union are largely driven by politicians and bureaucrats. Africa is not short of policies. However, they have always been viewed to be externally driven. Past experience with the World Bank’s Structural Adjustment Policies (SAPs) that reportedly increased external dependency and structural weaknesses in Africa’s economies previously made Africans skeptical. This is Africa’s moment to take charge.

The author james@irenkenya.org  is Director of Inter Region Economic Network.

This article has been read 12,808 times
COMMENTS