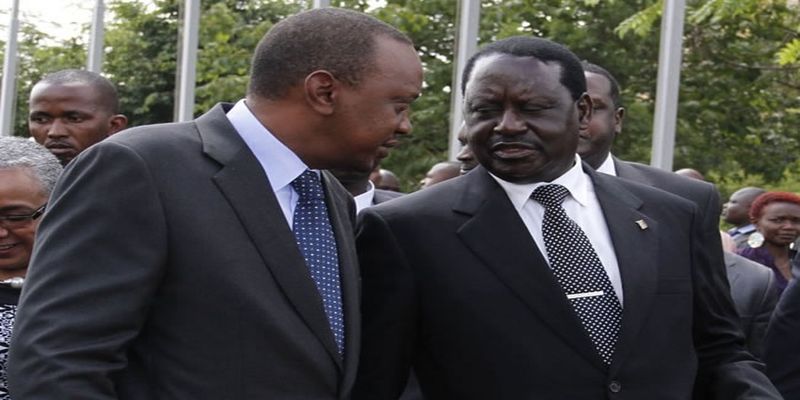 Wouldn’t it be interesting to find out that politics is actually math – or mathematically explainable? Let me explain. Apparently there is a whole math that applies to social interactions. All social relationships are political in one way or the other. In one’s interaction with others, be it with friends, relatives or anyone for that matter, the way one makes choices or decisions can be analyzed, and certain deductions made, mathematically. Similarly, we can observe any politician’s actions and by use of math make sense of their actions or inactions.

In life, each of us makes decision on how to act, respond or behave depending on one’s assumptions of other people’s actions. Our behavior can be compared to a game; though not similarly to what we play, know or think about what are commonly called cooperative games, teams or teamwork! In cooperative games, players agree to work together towards a common goal. It is something like friends going out for a get-together lunch and then deciding to chip-in towards paying the bill.

There also are uncooperative games. Politics is an example of an uncooperative game. It is a game where player(s) stand to gain from stabbing each other’s backs. In poker allegory, it is a game played with cards under the table for the obvious reason that if one betrays one’s move one ends up aiding the opponent’s move. In the case of politics, actors choose the course of action that benefits them the most, no matter what their competitors decide to do. After all, their competitors work equally hard not to let them in on their own end games. The reason is that in political games, each person’s pay off is affected by decisions made by others playing the same game. So where in this analogy does mathematics intersect with politics?

In the 1950s, John Nash, a mathematician, pioneered the game theory; which was ground-breaking in the study of strategic decision making. Briefly, game theory suggests that intelligent rational decision makers use mathematical models in a conflict and cooperation situation. Broadly, it is useful in understanding actions or lack thereof in situations where there are winners and losers. Politics is a game of winners and losers and that is why game theory can help us interpret politicians’ actions or inactions and their worldview in the enterprise. Game theory can help us to understand why politicians’ act the way they do and not the way you and me ordinarily assume they should. As matter of fact, besides politics, game theory is applicable to many fields; it is a useful tool for economists, political scientists and military tacticians.

In our time, game theory can help us ‘sense make’ the stalemate behavior and actions of Kenya’s Jubilee and NASA coalitions as well as their respective leaders, Uhuru Kenyatta and Raila Odinga. They somehow occupy opposing sides, sharing almost equal support base. A common classic thought-game, analogized as prisoner’s dilemma, is applicable to the two. In prisoner’s dilemma, two individuals are arrested at the scene of a crime. Based on the evidence in the police’s possession, the two could each spend at least two years in jail. The police are convinced they can get evidence to fix one or both for more prison time. The two are both offered the opportunity to confess all they know on the crime. If one confesses to the crime and the partner does not, he will be granted immunity for cooperating and set free as the partner gets ten years jail time. However, if both confess and snitch on each other, then they both get five years in jail.

According to prisoners’ dilemma, the prisoners have no particular loyalty to each other and act only in a manner that looks out for their self interest. Consequently, the most rational option for the prisoners is not tell on each other and end up serving five year jail term. This dilemma demonstrates why two completely rational individuals might not cooperate, even if it appears that it is in their best interests to do so. This prisoners’ dilemma applies to Mr Kenyatta and his rival Mr Odinga. The two are prisoners of their support base. In this case it appears that their support bases are suspicious that the opponent lacks requisite numbers to clinch the presidency. Mr Uhuru and Mr Odinga have no special loyalty to each other. They are hardened politicians. Both have no reason to doubt that one will stab the other in the back. That explains the grandstanding on both sides, that has created the political gridlock unfolding before our eyes.

In disregard of the dilemma the two are in, some of us, especially ‘do-gooders’, keep opining on the right way for them to behave. However, since they have no loyalties to, and are suspicious of, each other, they would rather snitch on each other by exploiting real or fictitious facts and evidences. It is the snitching that has put us in the political crisis or constitutional crisis we are headed to. On the other hand, as politicians would have it, if one outsmarts the other in taking advantage of the crime of selfishly using supporters’ goodwill he will be rewarded with at least five years at State House while the other heads to Malcolm X’s interpretation of the “dog house.” This explains why Uhuru Kenyatta and Raila Odinga each behaves, pronounces, acts, commissions and engages in what each perceives will leave them better off, irrespective of what their opponent does.

Furthermore, depending on how both handle their political backyard and general support, they are at risk of being thrown into the political irrelevance jail. They know it very well. They know that they have to somehow cooperate in a manner that characterizes what those in business call a cartel. An economic situation where competitors share customers equally, almost fifty-fifty, and have leeway to charge high prices that enables them to make high profits. In politics, especially politics of governance, that kind of situation results into what is called coalition, caretaker or transition government. If the two chose cooperation, they will both benefit irrespective of their supporters’ welfare or progress.

This article has been read 13,134 times
COMMENTS