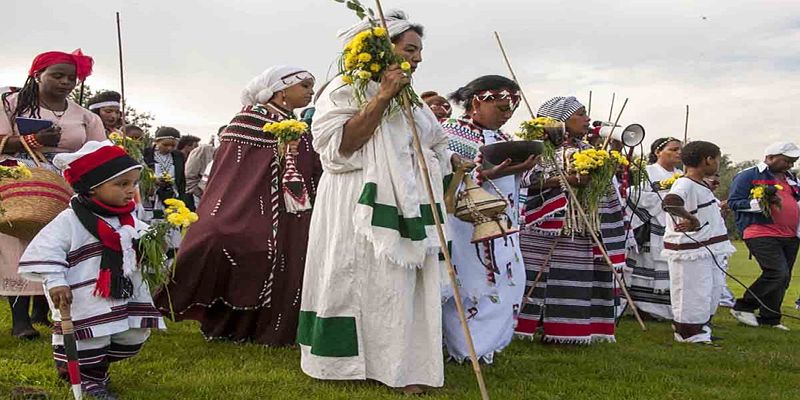 In Aspiration 5 of Agenda 2063, Goal 16 (African Cultural Renaissance is preeminent) speaks to "An Africa with a strong cultural identity, common heritage, values and ethics: Inculcating the spirit of Pan Africanism; tapping Africa's rich heritage and culture to ensure that the creative arts are major contributors to Africa's growth and transformation; and restoring and preserving Africa's cultural heritage, including its languages.

Flashback, for example, France's colonialism legally stripped Africans in its French colonies from making films through a law called "Laval Decree." The draconian ban stunted the growth of film as a means for Africans to see value in their identity and ingenuity, and to express themselves politically, socially culturally, and artistically.

Nevertheless, in 1955, Paulin Soumanou Vieyra a Beninese/Senegalese film director and historian, along with his colleagues from Le Group Africain du Cinema, shot a short film in Paris called Afrique Sur Seine. (Africa on the Seine). Seine is a river in France.

Mr. Vieyra, living in France, was trained in filmmaking at the Institut des hautes études cinématographiques in Paris and was granted this permission to make a film in France. Afrique Sur Seine explores the difficulties of being an African in France.  In 1969, he founded the Fédération Panafricaine des Cinéastes - Panafrican Federation of Filmmakers.

One of the signs of a healthy society is its simultaneous ability to preserve its culture and adapt to times, which means safeguarding history and heritage while embracing new dynamisms that are celebrated and renewed, bringing together people of common heritage, fostering exchange and understanding among them.

The intangible African heritage, transmitted from one generation to the next, constantly recreated by communities with members responding to their environment, interacting with their history with a sense of identity and continuity, promotes respect for the African cultural diversity and the creativity of members with instruments of development.

Within the framework of preservation, productivity and renewal, African societies define their relationship with the world.

The creative industry is a major contributor to Africa's growth and transformation. It is linked to prosperity when Africans see value in their unique cultures with opportunities for making a living, and contributing to the African economy, from local, national, regional to continental levels.

Based on Agenda 2063 milestones, at the national level, a National Agency is expected to be established by Member States as a focal point for the promotion of creative art. At least 20% of technical and vocational institutions are expected to have programs on the creation /generation of cultural artefacts, skills development for the generation/preservation of cultural assets and the creation and management of micro-cultural enterprises. At the continental level, at least 70% of Member States would be implementing the AU Plan of Action on Culture and the Creative Industries by 2023.

How are the African creative arts being interpreted or reinterpreted - and by who? Film, television, radio and other instruments of the media culture provide information and materials that people use in constructing identities; fostering a sense of self-hood and people-hood. Media images, therefore, influence and shape our view of the world and our profound traditions - what we consider acceptable, desirable, inferior, superior, good, bad, evil, immoral or trendy.

Symbols as well as myths influence common culture. Media sensations, and through films, may depict and influence who has power and who is powerless. Given the consumer society in the media age, it is critical to learn how to understand, interpret, and criticize meanings and messages when the media culture is considered, and also often mis-perceived, as the authoritative source of education that should influence how to behave, dress, act, think, feel, believe, what to fear, how to react to members of different social groups, how to be popular and successful and conform to the dominant system of ideas, norms, and practices.

Learning how to identify socio-cultural manipulation can enhance heritage sovereignty and empower people in their cultural environment. African Films may offer authentic narratives through the lenses of Africa, depicting diversity and plurality of stories, techniques, styles, themes and ideologies.

Understandably, the artist is not expected to make the revolution but may clarify, analyze, expose and provide people with reflections that mirror society, which include progress that is necessary, desirable, and possible.

To what extent, if any, are African cinema and the social media harnessing the power to provide insights into historic and contemporary African developments? This question is designed to examine how African filmmakers are using cinema to project a self-defined African identity in a global industry accustomed to stereotypes and continued foreign monopoly of local box offices.

Let's keep the dialogue on Aspiration 5: Goal 16 and Priority Area 3.

This article has been read 11,590 times
COMMENTS