Newton David Kambala: The Making of a C.E.O. 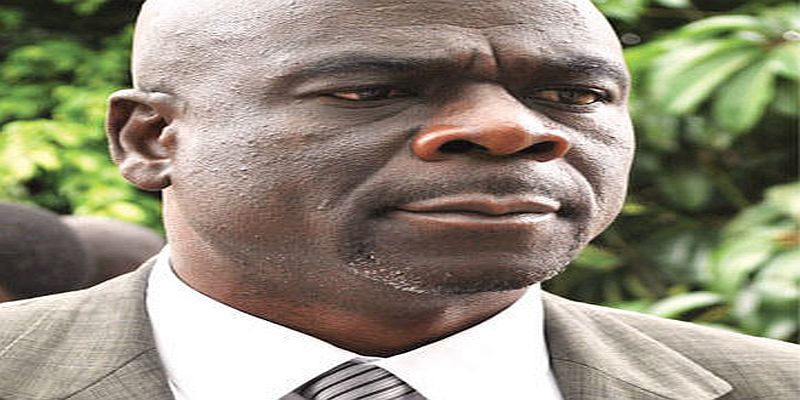 I will dwell on a reality story of Newton David Kambala. This man, born and mostly educated in the rural areas of Malawi, grew up without role models. Had no ambition to go to University as he didn’t know much about University. All he knew was to one day become a mechanic to fix maize mills where he came from. In Form 4, time came for him to indicate his choice of a University training he would have wanted to pursue. Engineering was the choice thinking this was about the fixing of maize mills. Due to lack of exposure, excelling in school was only because he enjoyed being announced as best student in class.

Sometime in 1989 the poor young man then graduated with a BSc in Engineering from University of Malawi. This young man who came from a low-income family in the rural area of Lilongwe calls his journey through the corridors of University of Malawi a turning point in his life and that of his family. This man is none other than the one talking to you right now. His name is Newton David Kambala.

I recall my days at Polytechnic seeing doors of opportunities wide open for me, now that I was able to interact with exposed friends and read about success stories in magazines and books. I realized I would one day become a company CEO if I chose discipline as a fundamental necessity. I worked hard till I finished my studies in an Engineering Degree in 1989. Guess what??? I got my first job with World Vision International before finishing my final year exams.

I was a very happy person but in no time realized that as an Engineer it was not easy to become a manager. During our time which I believe is the case even now, to study Engineering, one required to score very good grades at MSCE. Despite that, becoming a manager for an Engineer is farfetched. Knowing that there are many ways to skin a cat, I assumed there should be many ways to become a manager also. I then decided to take a self-employment route. Mind you, it was not just the desire for a manager position, but also to improve my income and the rest of the benefits and comfort that come with that including the ease of looking after siblings and old parents.

At least I had a job before my graduation. But today, not every graduand will have a chance to find a job. My advice is, do not despair! The knowledge that you have acquired in the University should motivate and encourage you to be anything your heart desires.

The entrepreneurship route that I took about 29 years ago was not an easy road, being a young man with no financial backing, the only thing that I was relying on was my Engineering knowledge. The first thing that I did was to set up a humble business and a company that enabled me to apply my Engineering skills hence the reason why I ventured into construction. I initially thought I needed a lot of capital to set myself up. Wrong thinking! But I quickly realized that I had to start small.

My employment with World Vision was for 18 months during which I supplemented my salaried income with buying and selling of fish. My classmates could not understand me. In fact, they did not approve of what I was doing. My second employment after one and half years was with ESCOM. During this time, I supplied basic locally sourced construction materials such as quarry stones, river sand and bricks which I sourced from suppliers on credit. This business was more than just a salary supplement but also assisted with raising of business capital.While still working for ESCOM, I applied for registration of a construction contractor certificate in 1992 which was issued in 1993 as Mkaka Civil Contractors.

In December 1995, I left ESCOM and Joined University of Malawi in January 1996 as a Lecturer in the Civil Engineering Department at Polytechnic. In 2000 the business became big enough to require proper corporate governance. I therefore decided to incorporate it making it what people know as Mkaka Construction Company Limited with a strong board of Directors and employing about 200 permanent staff some of whom are University of Malawi graduates, and up to 1000 including casual workers, depending on how busy we may be. Thanks to this Board, management and staff!! Mkaka Construction is now a regional Company with interests in Malawi and Zambia. We also do business in Mozambique and Zimbabwe. We are currently working on establishing in South Africa. Remember that things don’t happen, they are made to happen.

I want to encourage you to fight your way to prosperity. Time has come when Young Malawians especially those that have gone through University to be equipped by for example:

I believe you have the capabilities to create employment for 50 thousand Malawians in the next 5 years. Did you know that for you to become a successful entrepreneur you mostly need the following?

I haven’t included financing here because it is a LIE to say you can’t start your entrepreneurship journey because you have no money. You are not any different from what I was 29 years ago. If I did it, why can’t you do it? If anything, you have more opportunities now than then which is a huge advantage in the era of the Raising Africa.

Don’t say nobody told you. As I stand here today, from a humble beginning, am proud to say am NOW one of a few prosperous business people, a shareholder and CEO/chairman of a progressive Construction company employing more than 1000 people at times.

In conclusion, let me give you a simple recipe to success: Knowledge + humility + Perseverance +Self Discipline = Success

This article has been read 11,229 times
COMMENTS