Africa and the World as It is 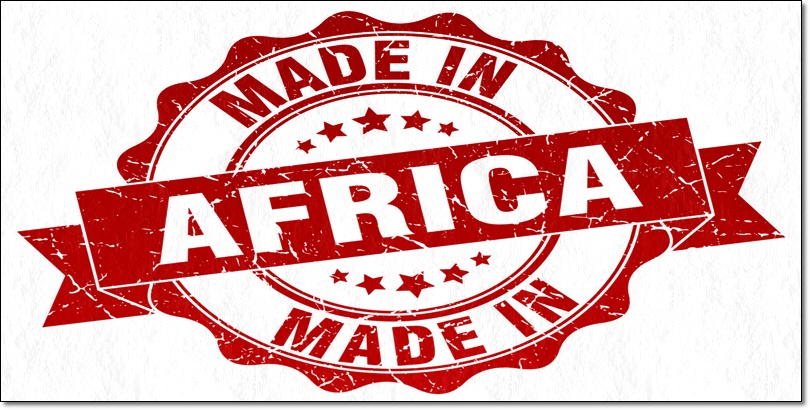 We are discussing reality. The world as it is–not the world as we would like it to be, or the world of 3000 years ago. Sure, long ago in Ancient Egypt, we invented concrete, the foundation of the Abrahmic religions1), and all kinds of things including linen and an early form of air conditioning. But right now, in this modern, world we did not invent the computer and we do not make cars and spaceships seen in fictional Wakanda.2)

The few things we do invent ultimately seem to always serve someone other than us. We might have come up with KFC and Nandos type chicken but we do not own KFC or Nandos. Things are so bad I do not think we even own one Nandos franchise in Africa. We love music, yet we own no distribution companies. We do not own Nueman Cubase, Mackie, we do not own Sony, we do rarely own the business end of all the things which vampire off of our talent. The irony of all of this is that we have so many smart and talented people out there. Why do we not use all of this–and the vast physical resources  and intellectual resources to rebuild our greatness as opposed to continue to make others even greater? What we need to discuss is how to change that!

What many so-called Pro-Africans do is spit at European accomplishments to cover African failures. We need a new outlook. It makes no difference how Europeans got dominant to anyone but intellectuals writing academic books. In this world, as most adults know, you win or you lose. We do not live in an ethical world. No one promised us justice so stop looking at the world from the vantage point of “they came and stole it from us.” Who gives a damn? You either produce the things you need to live in this world or you do not. Do not cover your failures by cursing others’ accomplishments (or trying to claim them as pseudo-historians do) as it changes nothing in reality. All the hatred of European civilization is not going to change one single thing. It will not even cause Beethoven’s 9th to be any less genius or for the steel used in skyscrapers to melt.

Talking about how they stole from us, true or false, is therapy to make ourselves feel better about being the losers. Saying they took our greatness only makes thinking people ask then how great was our greatness if we could not go and be great again. It is not like they came to Africa and found us flying spacecraft. It was them with the superior technology,  not us– so deal with it. Failure to deal with it means stagnation. As opposed to going and getting a degree in engineering we go on YouTube and create a rant about all the things they stole from us. This is why when you check their skill set is it limited to writing semi-romantic academic books, doing talking tours, organizing vacations to Egypt and getting tenureship in White run universities. This is why in 40 years they have never produced what Garvey and NOI did under harsher conditions.

They Can yet We Can’t

We should never lie to ourselves to cover our failure. As Cabral said “Claim no easy victories– tell no lies.” Most of our people are not mentally orientated to truth consciousness. Once upon a time we all were comfortable looking at the White man’s empire and we spat at it and said “they only got that by conquest and greed.” So nothing to be jealous of. What we were really saying we do not have what they have, but they only have it because they are damn wicked. Well we all know much of white genius is generated out of exploitation. But that is not the only way. You cannot seriously study European history and think that is how they got into space or invented the wheel or the light bulb. It explains some, but not all.

So now the Chinese are in Africa running circles around us, and they did not do so using the bible or the gun. Again we have new excuses for why they can do and we cannot. Oh but the Chinese government supports them to invade Africa. Well so do our African governments. Is that their fault their own government supports them? It is amazing how we are comfortable to state someone’s advantage over us like if it makes the game unfair. If we are boxing and I have a 11 foot reach and you have a 3 foot reach– then just come in close or growing longer arms. But the truth is — they are organized–we are not. They are clear about identity–we are not. They work hard like you do not believe with body and brain– we do not. We work hard for people who do not look like us. They work with long sight –we are myopic as sin. They plan to suffer now so their great grandchildren can win, we do not like stress. They invest in themselves— we do not. They support each other– we hate to support each other. They do not need the latest BMW to show-off, we do! What is your excuse now it happened to us a third time? Arabs, Europeans and now Asians.

There is so much potential for development in Africa and the Diaspora. There are vast untapped resources and opportunities for the brave. Now this is not the opening of our TED speech based on feel good and empty optimism driven by hippy rhetoric, it comes from being in industry and studying development with other specialist. But everything that Africans can achieve is stymied not by the World Bank or the forces of neo-liberal globalization but by the choices African people make globally not to put value in supporting what supports them. Take a look at your last credit card bill and see how much is spent on anything African owned that is good for our future. For most the total is zero. So notice the people on your statement are the powerful Nike, Chinese, American Eagle, Levi, Marvel. They told us to tell you thanks. So then tell me, where is the market for African products? We are our biggest problem when it comes time to grow.

There is this concept of Pro-Black where hate becomes pride and it starts sounding like a religion when to speak about reality or to even say you like Beethoven’s 9th makes you a traitor to Africa. All of this confusion is a direct outcrop of an inferiority complex and a broader identity issue. It is right up there with people who think speaking perfect English and showing up on time is “being European.”

It is accepting the bigotry of low expectations. So punctuality, a good thing, is now White. A true traitor is the person or system which stunts African growth, that serves as an obstacle to change where change means more power to African culture and agency. So if this article is written to get Africans back into a position of techno dominance then that is really Pro-African. What is not Pro-African is telling people we are doing fine and do not need to be techno dominant. It is sitting on the laurels of the distant past.

Beware of hard empty rhetoric. Hard rhetoric did not build any nation–engineers and scientist did that. We are at the bottom, and talking about how great our ancestors were 2000 years ago with no work will not ever make us great again. We are not living 2000 years ago–we are living now. The last time I checked, it was a lot of us holding a lot of us back. The reason why some groups claim greatness is that they do not walk around saying they are great in the time of Alexander, they keep doing greatness.

Every continent produces something final (cars, phones, speakers) except Africa–and you only got rhetoric–empty pride to mask shallow ego. Right now as I am typing (and this is the truth) if you want to create a bank–you need the White man’s system. If you want to run a factory you need their (Asian and White) machines. If that makes you so uncomfortable then go out there and create your own! Hard Rhetoric without work is reserved for non-workers who think talk is greater than work. All they are doing is talking us to death.

The Japanese did not invent any of this tech we use, yet they and Asia in general today are the dominant producers of this tech. This is because Asians do not sit down and whine all day about “our ancestors built civilization” or “White people stole our gunpowder 2000 years ago.” Move on please. They say what worked for them and proved their genius by taking all that European invented tech and beating them at their own game. It was the European who invented the motorcycle. Yet who is winning all those motorcycle races? The best of Italy has to go and ride a Japanese machine. The best pianist of German has to play on a Asian owned machine.

Use to Be Great

True talent repeats itself. The only thing we need to do is go back into reality and do good work again. Clearly we have enough examples to follow. And then the burden of doing is no longer externalized to the European or the Chinese, but on us. We are the ones responsible for our own world. Unless we are suggesting they are gods with special powers. Because this is what it sounds like when we say they are holding us back. But unlike the days when our ancestors were enslaved to produce white wealth there is no gun or whip holding us back today from supporting the business and industries we do have or from studying hard and taking what we need to survive and thrive. Our content is rich, or talent is great so it is over to us and us alone.

2 Not only are we not able to build the spaceships in the film, we cannot even make a film like this on our own. But every other nation could.

Alik Shahadah is a master of the Documentary format and progressive African scholar. Shahadah uses film for social revolution. A multi-award winning recipient including the rare UNESCO award for his critically acclaimed film on slavery 500 Years Later.. He is best known for authoring works, which deal with African history, social justice, environmental issues, education and world peace.

This article has been read 2,259 times
COMMENTS