Somaliland and the Global Rule-based System 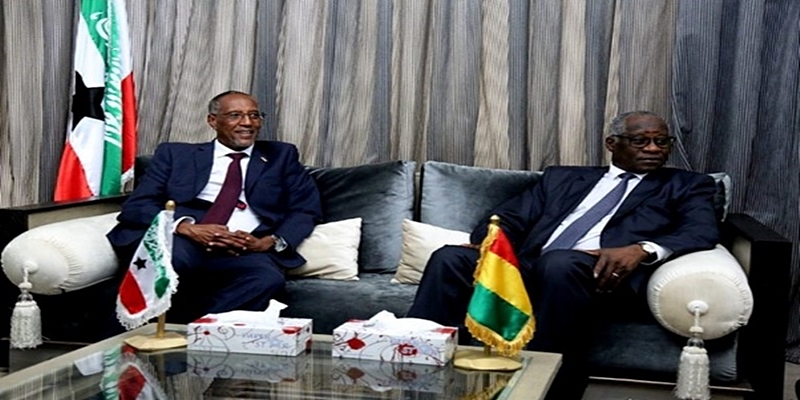 The visit of the Somaliland President to Guinea has triggered a debate on the decision by the Federal Government of Somalia to sever ties with the West African country.  Some commentators have questioned the logic of the diplomatic response since Somalia has no direct diplomatic ties with the Republic of Guinea.

Those people forget Somalia’s right to remind AU member states of their obligation to respect sovereignty of a member country. Somaliland is a part of Somalia but it claims to have annexed territories that successive UN Security Council Resolutions have referred to as a basis for “the political and territorial unity of Somalia.”

Abdirashid Hashi, Director of the Mogadishu-based Heritage Institute for Policy Studies, has tweeted to call for resumption of talks between Somalia and Somaliland. Talks have been a waste of time. No country has ever had talks with an entity questioning its sovereignty. What Somaliland did was to unilaterally secede from Somalia. The outcome has not been secession: it is annexation. It contravenes against the rule-based system of the world. The two newest country of Africa – Eritrea and South Sudan – did not unilaterally secede from Ethiopia and Sudan respectively.

Somaliland leaders are old enough to remember that Somalia’s reputation suffered for not affirming support for AU (then OAU)  principles when its civilian leaders called for referendum  in Somali-inhabited territories  in Ethiopia and Kenya. The AU Charter emphasises the inviolability of colonial borders. The inviolability of colonial borders is a principle Somaliland supporters cite but it is a bulwark against secession.

Northern and Southern Somali provinces united in 1960 to create the Republic of Somalia. The pre-Union status – 26 June 1960 to 1 July 1960 – used by pro-secession Somalis flies in the face of legal reality. The AU principle on colonial borders cannot be invoked against Somalia when Somalis in a part of Somalia question the sovereignty of the country protected under AU Charter.

Somalis live among multi-ethnic Kenya and Ethiopia. The case for two countries for mono-ethnic Somalis is not appealing. If Somalis cannot live with each other peacefully in the Union, there is no guarantee they can co-exist as mini-states. That is why Salad Ali Jeelle, the Mogadishu-based politician, used the apt metaphor: “  Instead of breaking away from each other, we must dangle from each other.”

Somalia is recovering from a civil war and state collapse.  AU and UN member countries have obligation to help Somalis not to make mistakes that made the first generation of leaders dogmatic irredentists. The Rule-based system of the world supports the territorial and political unity of Somalia.

In a letter to President Muse Bihi, the UN Secretary General, António Guterres, reminded the Somaliland leader “that there are internationally established processes that should be followed by territories that aspire to achieve self-determination, recognition as a state by the International Community and membership of the United Nations.”

This article has been read 2,926 times
COMMENTS