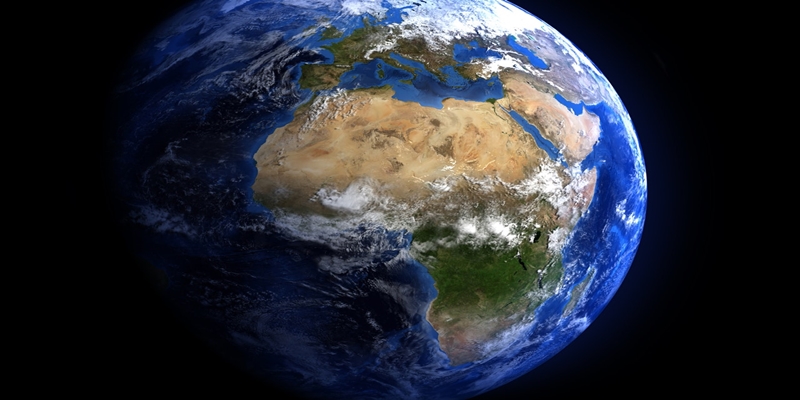 South Africa is about to be the next chair of the African Union. This is a significant responsibility for South Africa to assume particularly given the challenging times confronting the world of nations. Our chairship implies great obligations to the Global South and means we must actively pursue the tasks related to concretely silencing the guns, to enhancing inclusion and equality, responding to climate change and the wide variety of risks and opportunities confronting Africa.

The first year of our membership has been beset by tectonic shifts in global affairs.  The challenges to multilateralism while evident for many years became a dominant reality that altered global realties and relations fundamentally.

South Africa has showed firm resolve in its foreign policy, fairness, justice, equality and respect for practices by focusing on its core values of human dignity. These can only find expression in globally fair trade and inclusive economic prosperity, even-handed global governance and the entrenchment of the principle of multilateralism.

It is now clear that these principles enjoy inadequate global support right now, not because they are irrelevant but due to the fact that the global community has increasingly felt compelled to focus on self-preservation rather than the good of all.

As a result of growing global social inequality and the deteriorating living conditions of many across the world, as well as the baneful practice of unilateralism and its concomitant, war baiting, the world is seemingly highly unstable, unsafe and a precarious space or being made to feel that way.

For many of our friends worldwide South Africa is viewed as a powerful progressive alternative able to articulate the concerns and interest of the marginalised and vulnerable while upholding the agreed progressive universal principles of the UN Charter.

All these imposing international challenges and responsibilities will exact a toll on South Africa’s leadership capacity, and indeed capabilities at a time when we face a myriad of country challenges.

It is no exaggeration to say politically, economically and on the governance front, South Africa is probably facing the sternest test since the dawn of the democratic dispensation in April 1994.

We are fighting off the possibility of a credit rating downgrade but also, we have the duty to revive a sluggish economy even as we push back a high unemployment rate in the face of continued private sector job shedding.

A credit rating downgrade would compound matters for us by further weakening our capacity to address our structural socio-economic imbalances, addressing social inequality and creating conditions that nurture social-cohesion, nation building and a democratic citizenship.

Our electricity supply challenges as well as the need to repair the State Owned Enterprises (SOEs) and restore investor confidence in our country’s economy are pressing matters for which continued engagement by government and the president in particular is a top priority. Much is being done through the leadership of our President and government but much more hard work lies ahead for all of us.

Against this national and global background, South Africa is among African nations playing host to thousands of African migrants often violently uprooted from their home countries by civil strife, war, poverty and political or ethnic persecution.

The intermittent attacks on foreign nationals who are often accused of social crime and ‘stealing South African jobs’ has become par for the course, earning our country the criticism of several countries in Africa and some civil society organisations.

That said, I have no doubt in my mind that we are equal to the task at hand. We have, over the last twenty-five years of democracy, accumulated the necessary experience, to execute our responsibilities effectively.

Of course Africa itself is in a very different condition from of the launch of the AU in Durban in 2002. Our continent has made much progress while also being impacted by global challenges and our own African problems.

Continentally, South Africa assumes the Chairship of the Union under conditions in which Africa’s economic growth has continued to be positive, with gross domestic product (GDP) projected to rise to 4% in 2020, up from 3.5% in 2019. However, this excludes the large economies of Angola, Nigeria and South Africa, which have a low average growth of 2.5%.

In Davos recently much was made of the fact that 10/20 of the world’s fastest growing economies are on the continent and have had a growth rate of 5% over a five-year period, higher than the global average of 3.6%. These countries include Burkina Faso, Tanzania, Uganda, Kenya, Senegal, Benin, Ghana and Côte d’Ivoire.

But the positive growth outlook is dampened by downside risks, specifically rising levels of government debt and concerns about debt sustainability. Fourteen countries have been marked as being in debt distress or at high risk of debt distress. Rising debt levels have stemmed from declining commodity process, a glaring infrastructure financing gap and budgetary increases for security in countries affected by terror threats.

Debt accumulation raises questions about debt sustainability, particularly with regard to commercial debt sources such as Eurobond and Chinese loans, with policy implications for tax revenue collection and risk mitigation mechanisms such as blended finance and public-private partnerships.

The agreement establishing the African Continental Free Trade Agreement ( AfCFTA) that is scheduled  to come into effect by 1st July 2020 has raised high expectations as an “economic game changer” with the potential to raise intra-African trade by 25% — or between $50-billion and $70-billion — by 2040.

In spite of its laudable prospects for trade and investment, there remains a number of sticky issues that will need to be resolved for the agreement to move from aspirations to tangibles. These issues include: configuring most favoured nation deals between all countries, ironing out issues around rules of origin, delayed introduction of continent-wide trade facilitation measures and gaps in buy-in from governments, African business and citizens.

Politically, the continent has seen some progress being registered with the wave of democracy continuing to grow with more African countries holding peaceful elections.  However, the conflicts and political instability in the Democratic Republic of Congo (DRC), Libya, and South Sudan continue unabated. The Continent also welcomed the resolution of the border conflict between Ethiopia and Eritrea in 2019.

Trends in conflict and violent events during 2019 have indicated an increase in the number of conflict actors and the transnational nature of threats and vulnerabilities. Data sets and analyses point to the proliferation of rebel and extremist groups, bolder linkages between transnational organised crime and violent extremists in Africa and the Middle East, and a rise in the frequency and scale of riots and protests.

Attacks by militants affiliated with the Islamic State and Daesh in the northern Mozambique province of Cabo Delgado have raised concerns about an IS presence in new territories where it has drawn allegiance from local militant groups.

We should be worried, given that the attacks on Mozambique point up the presence of IS in the SADC region. History has shown that poorer regions are most vulnerable to violent external incursions as material incentives are easily disbursed to attract young people to these negative activities.

Globally, the ongoing US- China trade dispute continues to negatively affect global economic growth, the United Kingdom has increased trade uncertainty regarding the unknown consequences of a withdrawal from the EU (BREXIT). The rise of populism, trade protectionism and the disregard for multilateralism continue to be observed through actions of some developed countries, e.g. the US withdrawal from the Paris Climate Change Agreement. Furthermore rising nationalism, impatient populations and seeming unresponsiveness of governments pose further threats.

While there are promising prospects for level-headed engagement between the United States of America and the People’s Republic of China, Africa has to be on alert against unforeseen global turbulences as our weak structural orientation renders us vulnerable to negative external currents, as it did during the 2009 global financial crisis.

At the same time, Africa may be in a position to take advantage of some of these developments as is apparent in the context of BREXIT.

This is all the more plausible given the perception that Africa is “the last frontier of growth”, which also continues to raise and receive geopolitical interest from other parts of the world. Unfortunately, this can also be observed through increased military presence on the Continent of countries such as France, USA, China, Russia and Turkey.

We expect all of the abovementioned dynamics to impact on South Africa’s Chairship of the AU in some way or other, hence the needs for focused strategic deliberations to develop appropriate approaches.

South Africa’s diplomatic missions on the Continent and the Permanent Mission to the United Nations are key to supporting, facilitating and communicating the mandate of our Chairing the AU.

We are confident that our diplomatic representatives gathered here today will have carefully studied then developed a firm grasp of these fluid global political and economic processes. We hope that in addition to the understanding of the inter-connections and complex interplay between the national, continental and global processes, our country will, on the strength of such penetrating comprehension, provide the necessary political leadership which will help transfigure current unsatisfactory global relations into a focus on creating an irreversibly fair, just and human world.

Right now South Africa is at the centre of this continental and by extension global responsibility and we have gathered here to prepare ourselves for this epic task finding ways to succeed in fundamentally altering Africa’s condition or laying a firm basis for that to happen.

This article has been read 2,399 times
COMMENTS