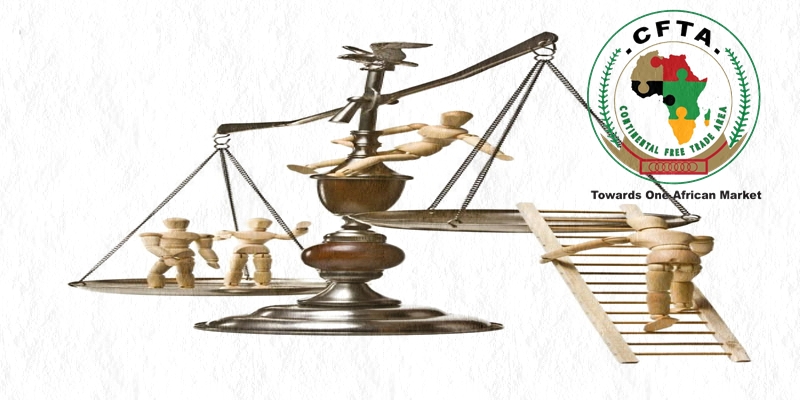 Will the African Continental Free Trade Area (AfCFTA) be a rules-based dispensation? What is required in order to become one? The Preamble to the Agreement establishing the AfCFTA promises “clear, transparent, predictable and mutually-advantageous rules to govern trade…” and recognises “the importance of international security, democracy, human rights, gender equality and the rule of law…”. However, it also reaffirms the “right of State Parties to regulate within their territories and the State Parties’ flexibility to achieve legitimate policy objectives in areas including public health, safety, environment, public morals and the promotion and protection of cultural diversity…”. It further reaffirms their “existing rights and obligations” under other agreements to which they are parties.

These are fine sentiments but the preambles to international agreements do not provide for enforceable rights. One has to study the texts of the legal instruments that are in force for the relevant Parties to find out what rights will be protected and in terms of what procedures.

Article 20 of the AfCFTA Agreement establishes a Dispute Settlement Mechanism for the AfCFTA. It has jurisdiction to settle disputes arising between State Parties. It shall be administered in accordance with the Protocol on Rules and Procedures on the Settlement of Disputes. This arrangement is modelled on the dispute settlement system of the World Trade Organization (WTO) and consists of a Dispute Settlement Body[1], Panels and an Appellate Body. The AfCFTA State Parties may also, if they so decide, settle their disputes through arbitration.[2].

It should be noted that the Secretariat (or other AfCFTA institutions) will not be able to bring applications for the enforcement of the rules of the AfCFTA regime. Only the State Parties have standing; to enforce their own rights. Article 3(1) of the Dispute Settlement Protocol reads: This Protocol shall apply to disputes arising between State Parties concerning their rights and obligations under the provisions of the Agreement.

Private parties do not have standing to bring disputes under AfCFTA procedures; as they may in the Courts of Justice of the Common Market for Eastern and Southern Africa (COMESA), the Economic Community of West African States (ECOWAS) and the East African Community (EAC). Till 2010 the same was possible in the Southern African Development Community (SADC) but the SADC Tribunal was then abolished (through a unanimous decision of all the Member States) after a ruling against Zimbabwe for expropriating private land without compensation. SADC is still without a Tribunal. A new Protocol on dispute settlement was adopted but has not entered into force. It provides for inter-State disputes only. This is a safe bet; African States never litigate against each other over trade related matters. They are unlikely to do so in the case of the AfCFTA.

The AfCFTA Dispute Settlement Mechanism will not entertain and decide disputes about human rights violations, as the Courts of Justice of COMESA, ECOWAS and the EAC often do. These Courts seldom decide trade related disputes, unless they are brought as human rights violations. The Polytol case is the only known exception. In this instance a private party succeeded in an application in the COMESA Court of Justice for setting aside the re-introduction by Mauritius of a tariff on goods that had to be traded duty free amongst Member States of the COMESA Free Trade Area.[3]

In international adjudication there must be a dispute as defined in the applicable agreement before dispute settlement applications can be brought to the forum with jurisdiction over the matter. Article 1 of the AfCFTA Dispute Settlement Protocol defines an AfCFTA dispute as “a disagreement between State Parties regarding the interpretation and/or application of the Agreement in relation to their rights and obligations”. The relevant Agreement means the Agreement Establishing the AfCFTA and its Protocols, Annexes and Appendices which shall form an integral part thereof.[4] However, important qualifications have to be noted. Once the AfCFTA becomes operational (outstanding tariff concessions, rules of origin and trade in services in the priority areas must still be finalized) only the State Parties will be bound, but they will not trade with each other, as far as trade in goods is concerned, in terms of one single legal regime.

The FTA brought about by the AfCFTA will not constitute a continent-wide arrangement. Only those African States presently trading with each other under MFN rates, will, once the AfCFTA has become operational and the relevant States are AfCFTA State Parties,[5] use the preferences of the new FTA established by the AfCFTA. The other AfCFTA State Parties will continue to trade with each other under the higher levels of liberalization provided for by the Regional Economic Communities (REC) FTAs, CUs and other regional trading arrangements of which such States are Members.

This is clearly stated in Article 19(2) of the AfCFTA Agreement:

Article 8 of the AfCFTA Protocol on Trade in Goods further explains the future de facto and de jure position:

Under this scheme of things there will be several African FTAs and other trade arrangements co-existing with each other. Disputes about compliance with the relevant rules will be linked to the applicable legal instruments and their own dispute settlement mechanisms. When the AfCFTA is implemented, Kenya will, for example, continue to trade with Uganda under East African Community (EAC) rules. They are both EAC Members. The same applies to all other RECs and regional trading arrangements, which, in the words of Articles 19(2) and 8 cited above, have attained among themselves higher levels of elimination of customs duties and trade barriers than those provided for in this Protocol. These AfCFTA State Parties “shall maintain, and where possible improve upon, those higher levels of trade liberalisation among themselves”.

Trade-related disputes between Kenya and Uganda will be decided (if referred to it) by the Court of Justice of the EAC. The Dispute Settlement Mechanism of the AfCFTA will not have jurisdiction over disputes governed by EAC legal instruments.

Should Nigeria ratify the AfCFTA Agreement and start trading with e.g. Kenya, (they are presently not Parties to the same African FTA) under AfCFTA rules, the AfCFTA Dispute Settlement Mechanism will have jurisdiction over trade-related disputes between them that fall under the instruments of the AfCFTA. As long as Kenya and Nigeria trade with each other under MFN rules, the applicable forum is the dispute settlement system of the WTO.

This scheme of things has a glaring lacuna; SADC does not have a Tribunal. The Protocol on the SADC Tribunal adopted in 2014 has not entered into force.[6] This oversight in terms of the protection of rights of the relevant States may be justified by arguing that Article 19(2) of the AfCFTA Agreement and Article 8 of the Protocol on Trade in Goods mean exactly what they say. If the higher levels of liberalization mentioned in these provisions are the justification for their future application between the relevant Parties, but in SADC’s case this comes without the existence of a dispute settlement mechanism, it will be for the SADC Member States to remedy the situation; if they so want. It may also be that they are quite happy with the status quo.

The author is a founder of tralac and Professor Emeritus (Law Faculty), University of Stellenbosch. He holds degrees from the University of the Free State, Bloemfontein (B.Iuris, LL.B), Leiden in the Netherlands (LLD) and a Master’s from the Fletcher School of Law and Diplomacy. He has consulted for governments, the private sector and regional organisations in southern Africa. He has also been involved in the drafting of the South African and Namibian constitutions. He grew up in Namibia.

[1] All of the State Parties, but two, belong to the WTO.

[2] As provided for in Art 27 of the AfCFTA Protocol on Rules and Procedures on the Settlement of Disputes.

[4] See the definition of Agreement in Art 1 AfCFTA Agreement.

[7] The only formal dispute ever decided among the Member States of the Southern African Customs Union (SACU) was referred to international arbitration. It brought about a final and binding settlement in a dispute about the administration of revenue sharing under the 2002 SACU Agreement.

This article has been read 798 times
COMMENTS