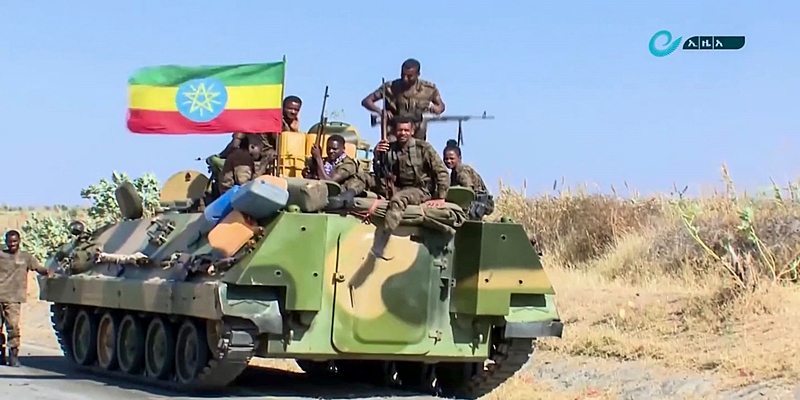 The fratricidal internal conflict between military forces of the Federal Democratic Republic of Ethiopia (FDRE) and the Tigray Regional state must be a source of growing trepidation to the Horn of Africa region and the continent as a whole.  The conflict has generated a human catastrophe of cataclysmic proportions. Mass graves are being unearthed frequently and thousands of refugees have crossed into Sudan in search of safety and security.

Addis Ababa, the Ethiopian capital, has since 1963 served as Africa’s diplomatic capital.  In 1963, under the auspices of Ethiopia’s long serving leader, Emperor Haile Selassie, the first conference of independent African states resulted in the formation of the Organization of African Unity (OAU).  The OAU was a powerful Forum for mobilizing international pressure to dismantle colonialism and Apartheid.

In 2001, the OAU was replaced by a more institutionally robust African Union (AU) that would resolutely promote the vision of an integrated, peaceful and prosperous Africa. Thus, the Charter of the Organization of African Unity (OAU) was superseded by the Constitutive Act of the African Union (CAAU). The OAU Charter laid supreme emphasis on the principle of non interference in the internal affairs of member states. The CAAU represented an incremental improvement because it bestowed upon the AU the right to intervene in member states where mass killings and other egregious human rights atrocities were being perpetrated. This was the African Union’s version of the United Nations (UN) Responsibility to Protect (R2P) paradigm.

It is therefore ironical that the country that hosts the African Union’s bureaucracy and its formidable institutional machinery of peacemaking and preventive diplomacy has rejected offers of the continental organization to facilitate a diplomatic and peaceful solution to this fratricidal conflict.  The AU possesses the African Union Peace and Security Council (AUPSC), the African Union Panel of the Wise (AUPoW), the Continental Early Warning System (CEWS), and Special Envoys/Emissaries. Notwithstanding this impressive institutional peacemaking machinery, the fratricidal conflict in Tigray has not only escalated but drawn in neighboring Eritrea and according to some sources, the United Arab Emirates (UAE).

The African Union’s response to the internal conflicted can best be characterized as tepid or feeble.  African Union Chairperson of the Assembly of Heads of State and Government, South African President Cyril Ramaphosa has not flown to meet Ethiopian Prime Minister Abiy Ahmed to emphasize the paramount urgency of halting the conflict. He belatedly and rather diffidently dispatched Special Envoys; ex Presidents Joaquim Chissano (Mozambique), Johnson-Sirleaf (Liberia) and Kgalema Motlanthe(South Africa) to persuade the parties to negotiate a peaceful resolution of the conflict.  Though Prime Minister Ahmed cordially received the AU Peace mission,  he unequivocally refused the Envoys’ request to travel to the Northern State of Tigray.

The AU’s failure to persuade the Ethiopian government to permit the AU’s three Special Envoys to facilitate a negotiated settlement between the Federal authorities and the Tigray Regional Government represents a catastrophic failure of the AU’s preventive peacemaking diplomacy. More ominously it sends a message that whilst the AU can intervene in intra-state conflicts across Africa, Ethiopia, the country that hosts the AU Commission, can disdainfully spurn the preventive peacemaking diplomacy of the continental organization when it comes to dealing with its own internal crises.

The bottom line is that the ‘soft power’ of the African Union has been irreparably blemished.

The author is Academic Dean of the School of Social Sciences, Mulungushi University, Zambia. He served as an Analyst in the OAU’s Permanent Mechanism for Conflict Prevention, Management and Resolution in Ethiopia (1999-2001).

This article has been read 763 times
COMMENTS