Prospects for a ‘Great African War’ 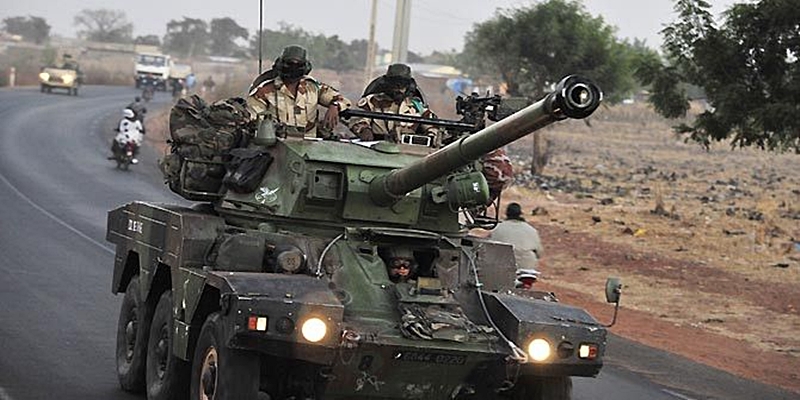 Prospects for a grand armed confrontation in Africa may be imminent because of two erupting fault lines in Ethiopia: (i) its nascent civil war, and (ii) the Nile River dispute.  The first fault line represents a conflict that combines, both, ethnic and ideological disputes that can turn Ethiopia into Africa’s Yugoslavia.  The second fault line encompasses a wider regional conflict, with global implications, that pits Egypt and Sudan against Ethiopia over the dam its building on the Nile.

The first fault line erupted on November 4, 2020, when Ethiopia’s Prime Minister ordered his military to attack the northern Tigray Region.  The second fault line may break in the next coming months.  On October 23, 2020, less than two weeks before Ethiopia’s civil war began, U.S. President Donald Trump stated that Egypt may “blow up” the Grand Ethiopian Renaissance Dam (GERD).  Since Ethiopia is now engulfed in civil war, Egypt’s likelihood of attacking has increased exponentially.  When this does occur, it will set off a cataclysm, resulting in a major African armed conflict subsuming many nations, hence the Great African War.

Ethnic tensions have been brewing for the past few years in Ethiopia, but now an official ethnic war against the Tigrayans has commenced.  On November 28, the Ethiopian federal army captured Mek’ele, the regional capital of the Tigray region.  While Prime Minister Abiy Ahmed would like you to believe his war is now over, it is just beginning; just like the Iraq War truly began after the U.S. armed forces captured Baghdad.

Contrary to what some may say, the TPLF (Tigrayan People’s Liberation Front) are very popular with the people of Tigray.  The TPLF have been the political leaders of the Tigrayans since they began their successful rebellion against Mengistu’s Derg regime in the mid-1970s.  The TPLF are now engaged in a full-scale guerilla war against Abiy’s regime.  But unlike their guerilla war against the Derg, the TPLF are now well equipped, financed, and overall, more resourceful for a rebellion against Abiy.

Even though he was ushered into power by protests led by the Qeerroo Bilisummaa Oromoo (Oromo Youth Liberation Movement), Prime Minister Abiy Ahmed does not have the full support of the Oromo ethnic group.  On June 30, Abiy arrested Jawar Mohammed, the political leader of the Qeerroo, and is also currently facing armed resistance from the rebel group Oromo Liberation Front (OLF).  Additionally, the murder of Hachalu Hundesa, considered the voice of the Oromo movement, has added fuel to ethnic tensions vis-à-vis the Oromos.  Ethiopia is now facing armed resistance from two disgruntled ethnic groups, the Tigrayans and Oromos.

Lastly, Abiy’s Prosperity Party ideologically promotes a unitary political system, contrary to the federal system that has governed Ethiopia since the mid-1990s.  Lemma Megersa Wako, the popular former regional president of the Oromo region (Oct. 2016 – Dec. 2019), refused to join Abiy’s Prosperity Party.  He resigned from his post as Minister of Defense in August 2020, and is rumored to be under house arrest.  Abiy’s unitary ideology has also led to growing opposition from the Oromo Federal Congress and Ogaden National Liberation Front.

There are two historical agreements that govern the Nile water resources: (1) the 1929 Nile Water Agreement, and (2) the 1959 Agreement for the Full Utilization of the Nile.  These agreements have given Egypt and Sudan about 90% of the Nile resources (55.5 billion cubic meters to Egypt and 18.5 billion cubic meters to Sudan).  The Nile River derives 85% of its water from Lake Tana which lies in Ethiopia. The Nile is the only source of freshwater for Egypt; therefore, any diversion of its water is considered an existential threat for Egypt.

Many Nile Basin countries see the historic agreements as unfair because it was drafted during the colonial era and heavily favors Egypt and Sudan.  These Nile Basin countries have drafted a new treaty to more fairly distribute the Nile resources.  It is called the Cooperative Framework Agreement (CFA), and Egypt and Sudan are against it.  Ethiopia, Kenya, Uganda, Rwanda, Tanzania, and Burundi have signed this agreement.

More worrisome is the fact that Ethiopia has begun the process of filling the Grand Ethiopian Renaissance Dam (GERD), which will inevitably divert Nile water resources.  The GERD approximately costs $6 billion to build and is exclusively funded by Ethiopia.  It is expected to be Africa’s largest dam producing 6,000 megawatts of power when functioning at full capacity.  Egypt views the GERD, and its diversion of the Nile water, as its greatest external national security threat.

The question is not if Egypt will attack the GERD, but when will Egypt attack the GERD.  The Nile River supply’s 99% of Egypt’s freshwater, and Egypt will not allow Ethiopia to have monopolistic power over its only source of freshwater.  Now that Ethiopia is engulfed in civil war, and has also begun filling the GERD – beginning the process of diverting water resources of the Nile – the answer to the question of when has become more forthcoming.

Egypt will initially implement a policy of exacerbating Ethiopia’s civil war by supplying resources to the disgruntled armed ethnic groups, with the intent of weakening the Ethiopian state.  Bombing the GERD will eventually follow, because it is the only policy that can permanently end the existential threat of diverting Nile water resources.  There is no better time for Egypt to attack the GERD then during Ethiopia’s nascent civil war.

The GERD is the pride and honor of the modern Ethiopian state, so Ethiopia will be forced to retaliate and likely attack Egyptian territory.  In return, Egypt will respond in kind, leading to an all-out war between the two nations.

Ethiopia and Kenya have had a Mutual Defense Pact since 1963, and an Egyptian attack on the GERD will be considered an act of war, invoking the defense treaty.  In addition to being signatories of the Cooperative Framework Agreement (CFA), Kenya, Uganda, Rwanda, Tanzania, and Burundi are all members of the East African Community, and are likely to aid Ethiopia over Egypt in a war.

Eritrea will likely remain neutral.  Though relations between Ethiopia and Eritrea have become amicable due to a recently signed peace treaty, Eritreans have a deep historical mistrust of the Ethiopian state.  55% of Eritreans are ethically Tigrayans, including its president and upper echelon leaders.  Their ethnic relatives, the Tigres, make up an additional 30%.  In essence, the people of Eritrea and Tigray region of Ethiopia are cousins.  Therefore, I do not see Eritrea assisting Ethiopia’s federal army in its civil war against the TPLF, albeit the leaders of Eritrea and the TPLF are foes.  Also, Eritrea and Egypt have had good relations for decades, so the probability of Eritrea siding with Ethiopia over Egypt is infinitesimal.  Lastly, Djibouti and Somalia will remain neutral due to their lack of strategic military strength.

This leaves Ethiopia, Kenya, and some CFA nations, fighting a war against Egypt, Sudan, and the disgruntled armed ethnic groups.  The world needs to be prepared for such a conflict because it will affect the entire community of nations, and will have negative ramifications for the global economy.

The author is an attorney based in Minneapolis, MN.  He received his juris doctor & master of public policy degrees from the University of Minnesota.

This article has been read 369 times
COMMENTS