BRICS Approach to the Post-COVID-19 Recovery 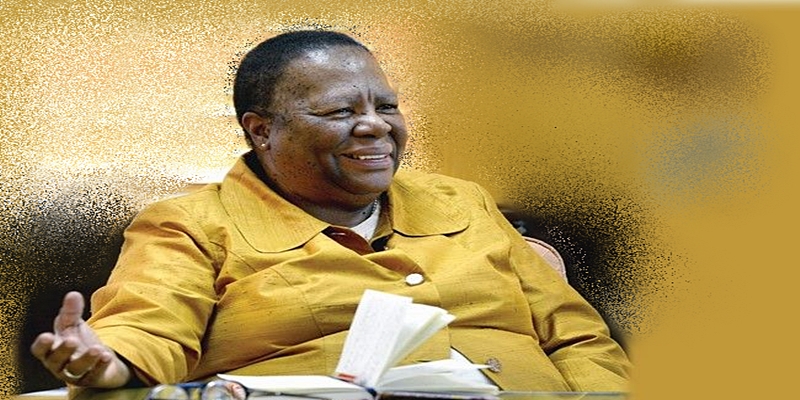 South Africa’s participation in BRICS continues to emphasise cooperation that contributes directly and indirectly to the priorities of a better South Africa, a better Africa, and a better world through synchronising programmes adopted in regional and international fora, such as the AU’s Agenda 2063, with those pursued in BRICS. BRICS also provides a strategic platform to articulate and pursue key domestic and foreign policy objectives at the national, regional, South-South, and global levels. It is important to state at this introductory point that while for South Africa BRICS constitutes a forum that could be a catalyst for the promotion of a progressive global agenda there isn’t a constant common and shared perspective on all issues. Nonetheless it is a critical forum.

The BRICS approach to post-COVID recovery is framed within the context of the shared principles and values that brought the BRICS formation together, including the principles of mutual respect, sovereign equality, democracy, inclusiveness and strengthened collaboration. The BRICS formation has been a major global force, even before the pandemic, in defending multilateralism and working towards a more representative, democratic, equitable, fair and just international political and economic order. It is against this backdrop that BRICS has positioned itself to respond to the pandemic in a holistic and comprehensive manner, based on building a global consensus around collaboration.  Indeed, BRICS continues to support multilateralism and the central role of the United Nations in its response. BRICS is not a forum for political point-scoring or a race to profit off the pandemic. Instead we seek collaboration aimed at ensuring benefits flow to all, including Africa and the poorest of the poor.

The inclusive approach of BRICS is reflected in the broad nature of the response as well.  All tracks of the BRICS cooperation have been utilised to address the impacts of COVID, including addressing the health, economic and social devastation of the pandemic. This comes out strongly in the Moscow Declaration where equal attention is paid to strengthening the three-pillars of our cooperation in the areas of economy and finance, peace and security and social and people-to-people exchanges. All the institutions of BRICS have also played their part in responding to the pandemic.

The BRICS Think-Tank Council and Academic Forum are important Track II institutional mechanisms that enable interaction with key stakeholders in civil society and academia to support our work, particularly in terms of socio-economic development and addressing the triple challenges we face. These fora could play a critical role in ensuring broader societal appreciation of the contribution an energised we co-ordinated BRICS could make to advancing a modern inclusive international agenda of development.

All of us can appreciate the unusual circumstances in which we find ourselves, as we battle the devastating impact of COVID-19 in all facets of our lives. The pandemic has significantly impacted on the ambitious agenda across all three pillars of BRICS that Russia announced at the beginning of 2020. We have had to find creative ways of conducting our work, moving away from in-person conferences and negotiations to largely virtual formats.

Having said that, there have been significant achievements, as you will have seen from the 12th BRICS Summit held virtually on Tuesday last week. For example, the Summit adopted the renewed BRICS Strategy for Economic Partnership (2020-2025) and the BRICS Counter-Terrorism Strategy, and launched the BRICS Women’s Business Alliance and the first projects under the Energy Research Platform. The Moscow Declaration reflects a significant array of decisions across a wide spectrum of endeavours. I recommend that you read the Declaration, as it contains a number of paragraphs dealing with the topic of today’s interaction.

Naturally, the pandemic has helped to highlight the importance of our BRICS work in a several key areas, such as health technology; the Fourth Industrial Revolution (under the Partnership for the New Industrial Revolution); action plans for the Science, Technology and Innovation sector; cyber-security; the New Development Bank; and the BRICS Vaccine Research and Development Centre.

The Summit was held under the theme “BRICS Partnership for Global Stability, Shared Security and Innovative Growth”. South Africa’s participation at the Summit, led by President Ramaphosa, was guided by the following priorities:

BRICS countries have been impacted by the virus in diverse ways. China was able to respond with strict measures speedily and contain the virus. Russia was hard hit but has the capacity to focus on science.

The impact of COVID-19 on the lives and livelihoods of our people requires a range of approaches for Brazil and South Africa. We have to focus on finding a vaccine and also on economic recovery and addressing our triple challenges of poverty inequality and low employment.

On the health front, this pandemic reminded us about the importance of research and innovation in the development of a vaccine and the need to ensure affordable access to quality and effective healthcare and diagnostic tools. Africa lacks much of this capacity and we have argues for it to be focus as we focus on post-COVID recovery.

South Africa remains committed to the establishment of the Vaccine Research and Development Centre in South Africa, in line with the 2018 BRICS Johannesburg Declaration.

We recognise that research and development of new vaccines and diagnostic tools will now need to integrate other co-infections and co-morbidities. To this end, we are encouraged by the ongoing cooperation among BRICS experts to share best practices, as well as the work on the initiative for integrating digital technologies to improve the monitoring of cases. Our presence in BRICS must support the creation of capacity so that South Africa and Africa are able to freely act in response to future pandemics.

The health sector under BRICS has registered satisfactory progress in terms of cooperation at both public and private sector levels. To this end, the BRICS Ministers of Health recently exchanged country-level information on the situation related to the spread of COVID-19 and best practices in fighting it, in order to collect and exchange data, as well as analyse statistical information to find the best ways to stop diseases.

In line with our commitment to ensuring public health quality and access, the BRICS Ministers of Health affirmed the importance of ensuring the right to universal and equal access to health technologies through sharing of knowledge, intellectual property and data necessary for COVID-19 detection, prevention, treatment and response.

As a further response to the pandemic, the Ministers took note of the Russian proposal for an Integrated Early Warning System for preventing mass infectious disease risks, in accordance with International Health Regulations; while welcoming the publication of the consolidated document “BRICS Countries measures taken in the field of healthcare to counter the spread of the Coronavirus disease 2019 (COVID-19)”.

As South Africa, we fully support the initiative by the WHO together with many governments, non-profit organisations and industry leaders to speed up the development and production of vaccines and therapeutics, and to ensure that they are distributed quickly, equitably and affordably across the globe. This was emphasised by the BRICS Leaders at the Summit.

South Africa cautions against vaccine nationalism. South Africa has stated that vaccines must be made global public goods, accessible to all countries that require them on an equitable and affordable basis. For its part, South Africa is participating in several research initiatives with continental and international partners including the global effort to develop, manufacture and distribute a COVID-19 vaccine.

The South African Department of Science and Innovation has established an Indigenous Knowledge-Based COVID-19 Research Team. The team is comprised of African Medicines Practitioners, Universities, Science Councils, and relevant Government Departments. The focus of the team is on interfacing with healers, conducting agronomy studies, phyto-chemistry, in-vitro and in-vivo work, pre-clinical and clinical research, product development and manufacturing. The South African team chairs a Regional Expert Committee of the World Health Organisation – African Regional Office, on COVID-19 and other African Medicines.  With the leadership of South Africa, the WHO-AFRO has developed Master-Protocols for Evaluations of Phase 3 Clinical Trials.

On the economic front, BRICS countries have committed to strengthening cooperation through, among others, the adoption and implementation of the Strategy for BRICS Economic Partnership (2020-2025); BRICS Mutual Customs Assistance Agreement; Review of the Memorandum of Understanding on Cooperation in the Field of Competition Law and Policy; and Launch of the BRICS Energy Research Cooperation Platform.

Trade diversification remains a priority for South Africa and multiple opportunities exist for South African trade with BRICS. Supporting diversification of our domestic industry will unlock multiple new opportunities for trade, notably in the production of machinery, plastic products, and electrical components. Furthermore, a more comprehensive account of non-tariff barriers is needed, potentially with monitoring on an ongoing basis.

The New Development Bank (NDB) of BRICS continues to play a critical role in contributing to the ongoing efforts of BRICS countries to address the health and economic consequences of the COVID-19 pandemic, including by way of an Emergency Assistance Facility of up to US$10 billion, as well as the approval of loans to the BRICS states of US$4 billion, including an Emergency Assistance Programme of $1billion to South Africa, with a second package possible.

In conclusion, BRICS remains critical to our post-COVID economic and social recovery and, in this regard, I wish to reiterate South Africa and BRICS commitment to spare no effort to mitigate the devastating effects of the pandemic and to address the ongoing challenges of our people.

This article has been read 229 times
COMMENTS