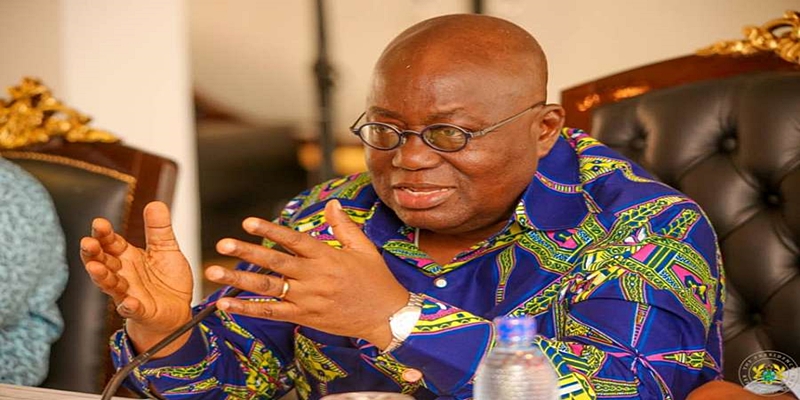 Ghana has shown its democratic credentials by holding peaceful elections, both presidential and parliamentary, early December. In a tightly contested presidential election, Nana Addo Dankwa Akufo-Addo, an experienced politician and highly successful business magnate, has been re-elected for a second term as the president of the Republic of Ghana. The 7 December Ghanaian polls were the eighth elections under the fourth republic since returning to civilian rule. The elections were held within the context of the Covid-19 pandemic.

More than 13.4 million people voted at more than 38,600 polling stations, making the turnout about 79%, Head of Electoral Commission, Jean Mensa, said of the election, which has tested the West African nation's credentials as one of the continent's most politically stable countries in Africa.

Chairperson Jean Mensa said: “The election process was very transparent and participatory” and further declared the newly elected president for the next political season.

Expressing gratitude to Ghanaians for giving him a resounding victory in the 2020 presidential elections, Nana Akufo-Addo reassured his commitment to put the country on the road to prosperity by working hard. Ghana has recorded high levels of growth during Akufo-Addo's first term as he worked to diversify an economy largely dependent on cocoa exports and more recently oil and gold.

“Just as I have been doing since 2017, I give you my word that I will continue to work hard to build a prosperous and progressive Ghana for which we yearn. The size and margin of this election constitute for me an endorsement of the policies and programs initiated by my government.”

“I am determined to do all in my power to accomplish the task of this new mandate and thereby justify the confidence reposed in me. I will do my best not to let you down,” he said, and added “the Ghanaian people through the results have made it loud and clear that the two parties must work together for the good of the country. Now is the time for each and every one of us, irrespective of our political affiliations.”

Akufo-Addo and Mahama signed a symbolic peace pact, which the 15-nation regional bloc ECOWAS urged "all political parties and their leadership to respect."

In practice, Ghana's civil society and most of the institutions have worked to preserve the democratic gains Ghana has accomplished in a peaceful manner. The media has also played its legitimate role in promoting peace through civic education and providing unbiased and objective-based reports.

The civil society organizations play a significant role by providing an independent assessment of the electoral process through election observation. Furthermore, the presence of observers during the opening, voting, closing and tabulation of results reduces the risk of electoral malpractices and inspires confidence in the electoral process.

In a joint statement of Economic Community of West African States (ECOWAS), African Union (AU) and UNOWAS on the post-election situation in the Republic of Ghana commended the leader and the people of the Republic of Ghana for the peaceful conduct of the elections. “This is in line with Ghana's enviable track record of organizing peaceful and successful elections since the return to multiparty democracy in 1992,” the statement said.

Ghana has an emerging digital-based mixed economy hybrid with an increasing primary manufacturing and export of digital technology goods along with assembling and exporting automobiles and ships. It engages in diverse resource rich exportation of industrial minerals, agricultural products primarily cocoa, petroleum and natural gas.

With only a population of about 30 million, Ghana is classified as a middle-income country. Ghana was ranked 7th in Africa out of 53 countries in the 2012 Ibrahim Index of African Governance. The Ibrahim Index is a comprehensive measure of African government, based on a number of different variables which reflect the success with which governments that pursue sustainable development and deliver essential political goods to its citizens.

With an interesting political history, Ghana attained its independence from Britain in March 1957, becoming the first sub-Saharan nation to break free from colonial rule. As widely known gold, cocoa and more recently oil form the cornerstone of Ghana's economy and have helped fuel an economic boom. Located in West Africa along the coast of Guinea, and bordered by republics of Togo in East, Burkina Faso in the North and Cote d'Voire in the West.

This article has been read 333 times
COMMENTS