Setting the Records Right: The War is Abiy Ahmed Ali Versus Tigrai 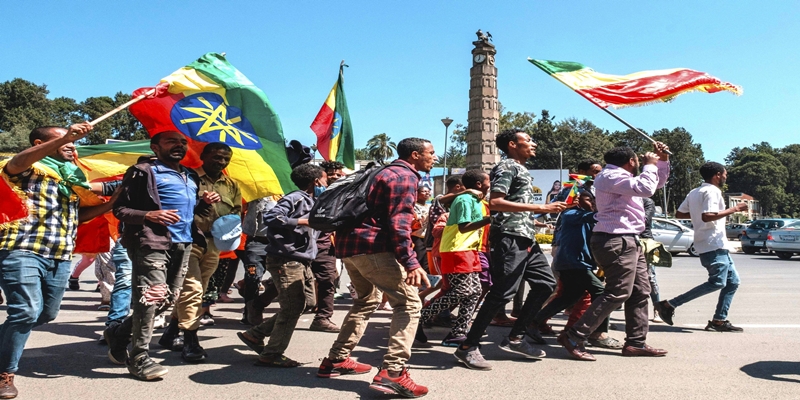 Right now, Ethiopia has no government. Western media and governments may refer to the Ethiopia federal government or Ethiopian Prime Minister Abiy Ahmed Ali but all this is wrong. Abiy Ahmed’s time expired on September 25 in the Geez Calendar which is October 6, 2020 in the European Calendar.

Since Abiy came to power, he has blocked the road to Tigrai from Addis Ababa which is the main highway connecting Tigrai to the rest of Ethiopia. He cut the budget to Tigrai and donor money to the region.

On the midnight of November 3, according to my source in Eritrea, Abiy Ahmed Ali and Issayas Afeworki were preparing for war. November 3 was the day scheduled for the Planet Hotel Operation.  The operation was planned to last only few hours. Special commandos were trained for more than two years in Eritrea.

On November 3, all was ready.  My sources state that there was a big disagreement in the Shabia house about the operation. Most of Shabia or Issayas Afeworki’s top brass officials were not forthcoming to endorse the operation of Planet Hotel Operation in Mekelle. Some of the Eritrean intelligence informed the Tigrai government about the operation on time.

The Tigrai government did not attack the North Command but discussed with them. A majority decided to stand with Tigrai government and few of them decided not to get involved in the unfolding infighting.  Those who decided not to get involved were disarmed and integrated into the community to live in peace until things are sorted out.  Ann estimated 99% of the North Command became Tigrai Defense force.

Abiy Ahmed Ali himself admitted he sent two helicopters and soldiers on the midnight of November 3 to deliver new bank notes.  Remember Abiy had sent commandos earlier to do the same operation before but they were then rounded up at their airport in Mekelle and disarmed and sent back to Addis peacefully.  When Abiy was asked who sent them and why, he said he did not know about it.

The war in Tigrai is not only done by Abiy Ahmed Ali but also by about 420,000 Eritrean forces and about 250 000 Ethiopian forces, 5000 Somali forces plus Saudi and UAE drones.  This means Tigrai Defense forces have been fighting about 680 000 soldiers.  All the facts must be told as they are.

This article has been read 536 times
COMMENTS