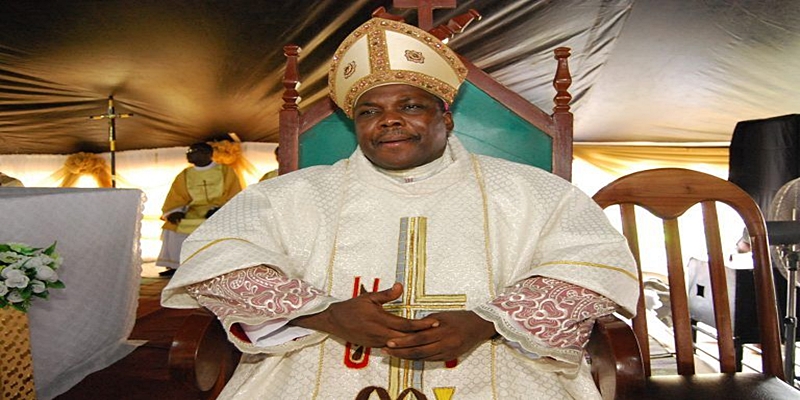 When at Easter, on April 12, 2020 the Holy Father Pope Francis described the message of the resurrection of Jesus Christ as a “contagion of hope” he did so in the thick of the Corona Virus pandemic. The entire world seemed bleak and the solitude in which the Pope celebrated that Easter Mass itself seemed as surreal as it was depressing. Yet that message of the Holy Father broke through the gloom to reach billions of people in the world through the power of technology and the human agents of hope.

The “contagion of hope” those golden words of Pope Francis, are but a re-presentation of the entire pastoral worldview of Pope Francis through which he has doggedly called for a hope-generating strategy option among Catholics in Africa whereby we get to tell our own stories by ourselves.

How can we forget the Holy Father’s 2020 World Communication Day message where he challenged us to open up to the perspective of the great Storyteller by distilling positive stories out of even the saddest occurrences around us knowing fully well that we see and live those stories ourselves and can best report them? Hear him: “When we remember the love that created and saved us, when we make love a part of our daily stories, when we weave the tapestry of our days with mercy, we are turning another page. We no longer remain tied to regrets and sadness, bound to an unhealthy memory that burdens our hearts; rather, by opening ourselves to others, we open ourselves to the same vision of the great storyteller.”

That message of the 54th World Communications Day entitled: “That you may tell your children and grandchildren: Life becomes History”, indeed for me becomes the pivot for this great Signis initiative.

Still much earlier than that, Signis Africa had worked with inspiration when in September 2019 it held its congress and assembly at Addis Ababa, Ethiopia under the theme: “The African Youth in the Digital World: Promoting Creativity for Integral Development”. At that congress I proposed to Signis that we “craft an alliance between the core values of the gospel, the teachings of the Church, the professionals and practitioners of the digital media, the youth and Africa’s creative patrimony”. It would seem to me that this is part of what Signis seeks to do even at this workshop and I am grateful to the organizers and all the participants for that.

All over Africa there is in fact open field for citizen journalists of hope. While the entire world can see our woes and tragedies from afar and easily report them as it wishes, it is up to us and in our own interest to tell “the participant’s story”, the alternative narrative, the complementary account that takes the power of manipulation away from the big players and determines in a way what the true story is. We do not create the news, we simply bring it closer to the truth of what occurred.

I believe that citizen journalists of hope can also provide a more sympathetic understanding of difficult situations. For example, we are not likely to hear in the same news bulleting that the same Ethiopia, currently at war with one of its regions has recently given the world a Nobel Prize winner Prime Minister. Not many media who would rightly report the dastardly killing in Nigeria of 110 people, many of them farmers, in their farms by suspected Boko Haram insurgents would have also reported that a Nigerian, Dr. Onyema Ogbuagu was among the 7 doctors who helped Pfizer find so far, the most effective vaccine against Corona virus. Much the same can be said of Ivory Coast, Burkina Faso and other places where disturbances have been reported of recent. In other words, there is always a concurrent story of hope lingering somewhere with their heroes hiding in open view that needs to be told. Such other stories and modifiers which abound all over Africa are the responsibilities of citizen journalists to uncover and propose to the public. I suppose this workshop will help participants to grasp those dynamics.

No need repeating here that today’s world is, digital-driven and imagedependent with the smart phone available to millions. The undeniable power of the moving image especially in the situation where most citizens can utilize it, engages the strongest sensibilities and elicits the most powerful reactions which can have positive or negative consequences as the case may be. Ethics therefore assumes critical importance. The role of citizen video testimonies in recent events all over Africa, including the Endsars protests in Nigeria, bears testimony to this. Young Catholics may be fully charged and determined to convey hope to the world, but they would achieve precious little or even cause damage, if they lack requisite ethics and skills to positively exploit the power of the audiovisual means.

How can anyone transform the world today, if such a one does not possess the basic skills for converting hope and goodwill into accessible media material?

This is where the rubber meets the road. I expect that workshops such as this will expose participants to the nature and challenges of this genial concept “Citizen Journalism of Hope”, and familiarize them with its scope. I also hope that workshops such as this can be replicated for other youth in Africa who have other pastoral or ecclesiastical vocations and assignments in a manner that is tailored to their purpose, namely priests, Religious, seminarians and catechists. That way I think that a new generation of competent agents of hope might emerge in the Church in Africa to animate a new continental information order.

It is my wish that Africa will take a little step further in the task of telling her own stories which transform its terrain and profile in truth and compassion.

This article has been read 291 times
COMMENTS