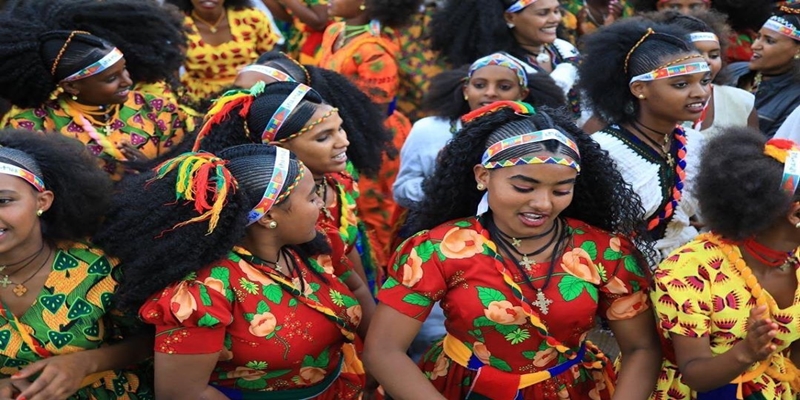 In a ‘triumphant’ event recently held with Amhara Mass Media Journalists, Deacon Daniel Kibret, advisor to Prime Minister Abiy Ahmed, suggested that the Tigray People’s Liberation Front (TPLF) leaders be caught and put under lifetime brain or psychiatric experiment. Expressing his appreciation to the Amhara Regional State for deploying journalists to Tigray battle fronts, he posed several questions, among which were: why was the TPLF (also called it by its Amhara extremists’ cliché Tihneg) ‘defeated’ in three weeks’ time? Why did they not learn from the Derg? What political and historical lessons should we learn from them?

Deacon Kibert is a tremendously divisive figure in the Ethiopian religious, ethnic and political landscape. For some, he is a social engineer. For many other Christians and Muslims, he is a devil in town.

From what he said, he might be mistaken to be a kind human being who does not want to see anyone get killed or used as an experiment for society’s common good. However, if one reads his comments between the lines, there is a similarity between his line of thinking and the heinous intent and deeds of Nazi Germany advisors and doctors who were later convicted in Nuremburg for undertaking medical experiment on the Jewish and other communities.

Between 1933-1945, Nazi Germany had a policy and practice of cleansing the German society from individuals and groups that were considered to be biological threats to the nation through a series of medical experiments.  The Jewish people were subjected to sterilisation in hospitals and extermination in millions. Such experiments were cruel, non-ethical and non-consensual in research and legal terms respectively.

Daniel Kibret suggests that the leaders of TPLF be subjected to political, cultural and psychiatric experiment so that he and his cronies, perhaps his boss Abiy Ahmed and Isayas Afewerki along their Amhara extremists, learn political lessons, that are crucial for their survival and furtherance of political power.

The various prime goals of Nazi Germany’s medical experiments were designed to advance their racial and ideological goals through:

b) developing methods and procedures of mass sterilisation of Jews and other groups that are considered to be genetically and racially unwanted, and

A reasonable reader might question the rationality of such a comparison primarily because Kibret was referring to a political group or its leaders other than the society where they come from, the Tigray society. However, it seems that the expressions they often use such as the TPLF or Tihneg leaders or the ‘Junta’ are coded references to the people of Tigray for the following reasons:

First, despite Mr Kibret and his boss’s description of the Tigray war as ‘law enforcement operation’ aimed at the ‘Junta’, the Ethiopian and Eritrean armies, the Amhara special police forces and the vigilante group called Fano have massacred, and continue to massacre Tigrayan babies, children, women and the elderly that have nothing to do with TPLF leaders, the Tigray armed forces and their attached militia.

The atrocious deeds in western, central and northern Tigray cities, towns and villages such as Humera, Shire, Axum, Adigrat, Wukro, Mekele and Temben are solid confirmations that the military operation is aimed at Tigrayans. The unconceivable daylight executions of innocent and defenceless civilians are not justified on religious, political or other reasons at all; but can only be acceptable to those who have genocidal intent to exterminate and ultimately subjugate the Tigray population at large like what Nazi Germany did to the Jewish people.

Secondly, the open, well-organized and flagrant looting and vandalization of Tigrayan private and public property such as foodstuffs, buildings, hospitals, schools, factories, homes, farming, religious and cultural sites are further evidence of the desire to demonise, starve and cleanse the Tigray people along their historical, cultural, religious and political values.

Thirdly, the creation of detention centres in central Ethiopia exclusively designated for Tigrayans the conditions of which are unknown, the systemic home and business searches, abuse and intimidation at airports and other places in masse are part of such a bigger project that goes beyond the leaders of the TPLF.

There is now a developing story from Addis Ababa that all Tigrayans are required to disclose and register their wealth with the city municipality the ultimate purpose of which remains to be seen. An open or hidden weakening of Tigrayan businesses appears to be the objective; this would enable them to pursue a Nazi-style genocide in all fronts of societal life.

Again, making such parallels may seem unfair as Mr Kibret was referring to Tihneg/Junta.  Putting Mr Kibret and other Prosperity party officials and commanders use of words in the context of what is actually happening in Tigray and to Tigrayans (e.g., targeting the Tigray civilian population and infrastructure), their use of certain words are coded reference to Tigrayans, similar to the Nuremburg Code of medical experimentation.

The world has begun to witness this, and many more to be revealed in the coming weeks and months. In an attempt to cover up these appalling crimes, a prosperity messenger recently claimed that ‘the international media has waged a war again us’ in connection with Tigray. This appears an ill-advised effort to over smart the international community while undertaking a policy of ethnic cleansing and genocide in Tigray.

In this respect, therefore, those who are compiling evidence of international crimes in Tigray and against Tigrayans should take note of the speech of Kibret and others as proof of intention of genocide and crimes against humanity. It is not a mere wish, perhaps the ‘Deacon’ is leaking a state secret without realising it. Ultimately, as Nazi doctors and advisors were brought to justice, the planers, advisors and facilitators of the crimes perpetrated against Tigray and Tigrayans as well as other Ethiopians will face justice when the time comes along their brutal political, military and security leaders.

This article has been read 229 times
COMMENTS