How Donald Trump Will Be Remembered 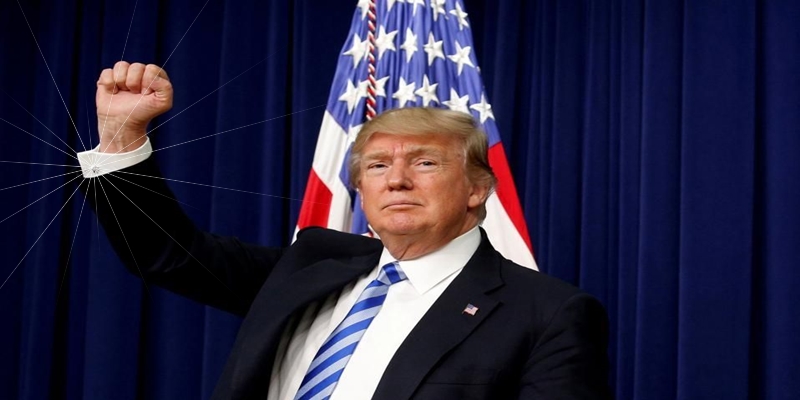 US outgoing president, Donald Trump, redefined the US. Since coming to power four years ago, he broke all rulebooks as far as good governance and trust are concerned.

His promise of erecting a wall on the border with Mexico, paid for by Mexico, and dodgy and discordant politics set the US at loggerheads with almost every country.

The fence was never erected. His promise to rid Washington of shady politicos wasn’t fulfilled either. Trump didn’t follow any public laid down procedures of hiring and firing. He looked for the chagrined and mostly incompetent yes men and women–––to politically char, abuse and misuse. Trump filled Washington with family members, thuggish cronies and hangers-on. Some think that Trump is a pathological and serial liar as Sen. Bernie Sanders (Al Jazeera, 11/11/2020) once asserted.

Trump’s already proved to be moribund, fallow and lethargic as far as the duties of the president are concerned. There were rumours that he didn’t even attend briefing regularly. Trump made the presidency nothing but a reality show.

Thanks to Trump’s chronic racism, what used to be the American dream–––that embraced everybody–––became the American nightmare. Remember how he barred people from entering based on tags such as Muslims, rapists, thugs and people from shithole countries.

Trump used all sorts of abuses and bad language against whomever he deemed to be his enemy.  He quarreled with journos and called whatever he didn’t like fake news. To make matters worse, Trump separated toddlers and children from their parents in his drive to prevent immigration to the US. Ironically, he forgot that his mother and grandpa were immigrants who made a killing in the US.  Trump’s wife and ex-wife are all foreigners but not Americans except for his second divorced wife Marla Maples.

Trump’s foreign policy wasn’t only incompetent and toxic but also flawed and shambolic. His last disgrace was to forgive convicted criminal allied to him such as Roger Stone, his associate and his former campaign aide George Papadopoulos, who pleaded guilty during the investigation into Russian meddling in the 2016 presidential election. Others are Paul Manafort, three former Republican lawmakers, including Chris Collins and Duncan Hunter, and four Blackwater guards convicted of killing Iraqi civilians. Similarly, a total of 15 people enjoyed Trump’s presidential pardon illegally.  On presidential pardons, 62%-25%, those surveyed say it would be an abuse of a president's powers if Trump issued a pre-emptive pardon for himself. But most Republicans, 56%-24%, say it would be an appropriate use of his power. Trump embarrassingly embraced dictators in the Middle East, Egypt, North Korea and Russia.  For such dictators, Trump became a cheap fixer who helped them to get away with murder as was the case of Saudi Arabian crown prince, Mohamad who stands accused of the murder of journalist and critic Jamal Khashoggi. In the homestretch of his presidency, Trump horribly flubbed Covid-19 pandemic and this resulted in the deaths of tens of thousands of innocent people pointlessly.

Never before has any outgoing or losing president ever refused to concede defeat nor questioned the legality of US elections. Trump has abused and attacked the system he’s elected for and entrusted to protect and uphold.  Ironically, when Trump said the election was rigged, he forgot that his government is the one that convened and presided over it!

How will the US and the world remember Trump and his legacy? It is easy to tell despite the fact that they’re to blame for failing to see Trump’s ineptitude and weaknesses before voting him to office.

The author is a lifetime member of the Writers' Alliance of Newfoundland and Labrador (WANL) and author of over 20 books among which are Africa Reunite or Perish, 'Is It Global War on Terrorism' or Global War over Terra Africana? How Africa Developed Europe. He has contributed many chapters in scholarly works.

This article has been read 570 times
COMMENTS