Will Donald Trump Get Away with Murder? 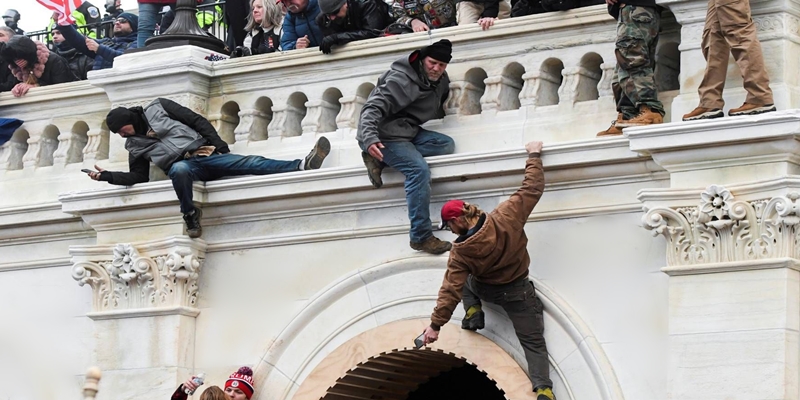 Two weeks before the outgoing US president, Donald Trump, vacating the White House, things abruptly and dangerously took a new violent turn. January 6th, 2021 goes down in the history of the United States as one of the grubbiest days of its democracy and supremacy.

Sensing that his rule will soon come to an end come January 20th, Trump seems hellbent to break all rulebooks to see to it that he does not go down without a fight even if doing so means endangering the security of the US. Trump goes down as a desperado that needs to be dealt with for the sake of preserving national honour and integrity.

Trump has decided to go down dishonourably by organizing attacks on democracy and the US altogether. He canibalised the US so to speak. Like a chicken, he decided to eat his own eggs (institutions) that he swore to protect and uphold. He organized and encouraged his hoodlums to attack the Capitol Hill, intimidate the representatives of the people and vandalize it needlessly and shamelessly.  Had this happened in an African country,  the US would have stalwartly condemned the act  and urged those behind it to be dealt with.

Trump unleashed his goons at the moment the Capitol Hill welcomed the representatives and senators to formally conduct the proceeding for the validation of Biden's victory as the 46th duly elected president of the US.

One observer called what Trump did a failed coup attempt; while another referred to it as pure terrorism against the US committed by domestic terrorists hired by Trump. President-elect Biden called it an insurrection.

Is the mistake that American voters made surfacing at the eleventh hour of Trump's maladministration? They were duped to vote a monster in the White House. Now, it is mercilessly and shamelessly devouring them. Will they wake up, smell the coffee and retake their country back?  One thing that US voters didn't know when they voted for Trump as their president is that they didn't know they were setting their country to the path of either third world or a failed country.

Before attacking the Capitol Hill, Trump was quoted as telling his hoodlums: “we will never give up. We will never concede. It will never happen." (The Los Angeles Times, 6 Jan, 2021). To make matters worse, clinging to his  farfetched claims that he won elections with a landslide, Trump chastised his hangers-on to “show strength” and “fight” for his cause. And indeed, they brazenly did. The truth on the ground is that Trump lost elections fair and square. He filed legal challenges the country over and lost all of them, 66 in total.

President-Elect Biden asked Trump to disband his goons and stop this violent mayhem. Trump bit the bullet, swallowed his pride and asked his goons to go home ‘in peace.’ They heeded his appeal.

Who would believe that two weeks to the end of his residence in the White House, Trump would spill the blood of an American he swore to protect? What difference does this have from any blood spilled by terrorism?

What a shame for the country that prides itself of being the leader of the free world! For the first in the history of their country, Americans pointlessly defecated and desecrated on their symbol of power, the Capitol Hill.

I am trying to imagine what former Zimbabwe strongman Robert Mugabe would have said had he witnessed such collective criminality committed by those self-appointed teachers of democracy globally. I am still anxiously waiting to hear what the like of Iranian theocracy will say about this disgrace and infamy when the US presses them to introduce democracy in their country.

This article has been read 514 times
COMMENTS