Tigray Will Never Be Silenced 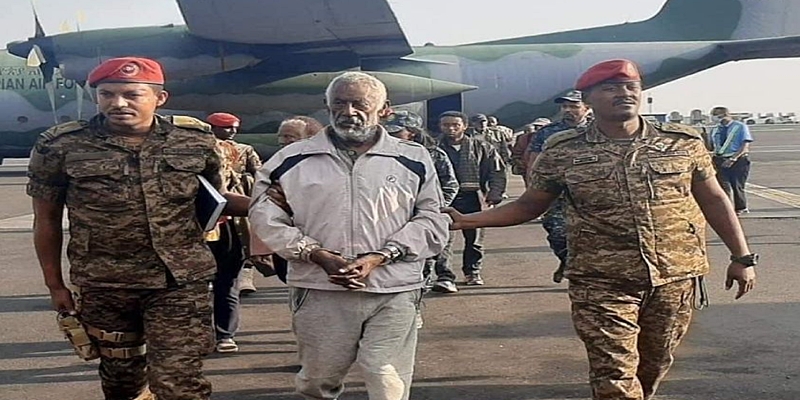 It is big news that Sebhat Nega is arrested. He was "the mastermind" of TPLF's achievements in the last four decades, his captors say. It is true that he was a mastermind, but one of the many masterminds. No one can deny that Sebhat Nega was the most consistent, unflinching, and tactical politician Ethiopia has ever seen. His energy and creativity have not waned through the years. His firm stand about Tigray as a Nation is unshakable.

Is his arrest a loss for Tigray? Yes, no doubt about that. Is his arrest a victory for his captors? No, absolutely not! Sebhat Nega has never considered himself as an irreplaceable leader. He has never acted like Napoleon, Alexander, Hitler or Jengis Khan, whose ends marked the end of what they stood for.

Sebhat Nega behaved like any ordinary person mingling easily with everyone. He never boasted that he was the mentor of Meles and all the other younger political and military leaders. At one time he was heard saying, "In the TPLF we have a collective leadership." He meant that TPLF is not Sebhat's, Debretsion's, Meles' party. It belongs to all its members; above all to all the people of Tigray.

TPLF is unique in the sense that it welcomes criticism in evaluation meetings. No fierce dogs are unleashed against those who criticize the leadership. TPLF has suffered divisions because it is a party of equals. No one has absolute power to silence everyone else. This has weakened TPLF but that is how the idea it represents remains alive. This is what makes a party indestructible. TPLF is an IDEA in an organizational form. The idea is SELF DETERMINATION. All the struggles for liberation worldwide were for self-determination.

Ethiopian governments never learn from history. The first Woyane rebellion was crushed brutally involving natives against the Weyenti. A lot of air bombardment, looting  and killing of civilians, looting was done to degrade the moral of the people and make sure that they would never rise again. They thought the last nail on the coffin of Weyane was the capture and exile of Blata Hailemariam (the leader of the rebellion). The reactionaries got the whole thing wrong. They thought the rebellion was the result of Blata Hailemariam's personal problem with Arat Kilo. They were convinced that if Tigray is governed by natives with minds back at Arat Kilo there would never be any trouble.

The invaders of Tigray should combat ideas with ideas, not with bullets, raping and looting. The invincibility of the idea of self-determination does not imply military invincibility. TPLF could be defeated and its leaders arrested and killed. The bravest of all men could be defeated if they are overwhelmed by all of the national armies of two or more states. That is what is happening in Tigray.

I pity those who are boasting and celebrating. The surprise and celebration should be when David defeats Goliath not the other way round. Technically speaking, without divine intervention, it is Goliath that is expected to win. Goliath's win over David is not heroism because it is Goliath's massive muscles against tiny David that may have done the job.

World history as well as Ethiopian history have clearly shown that ideas never die; but a generation of champions of the ideas do. It is the greatest folly that victors take comfort and celebrate. As the victors celebrate and then forget they are always surprised by another generation of champions of the idea emerging with greater vigour. Those who crushed the first Woyane in Tigray never dreamt of a second Woyane after 30 years. Will there be a third Woyane? Absolutely, Yes! Ideas never die!

This article has been read 556 times
COMMENTS