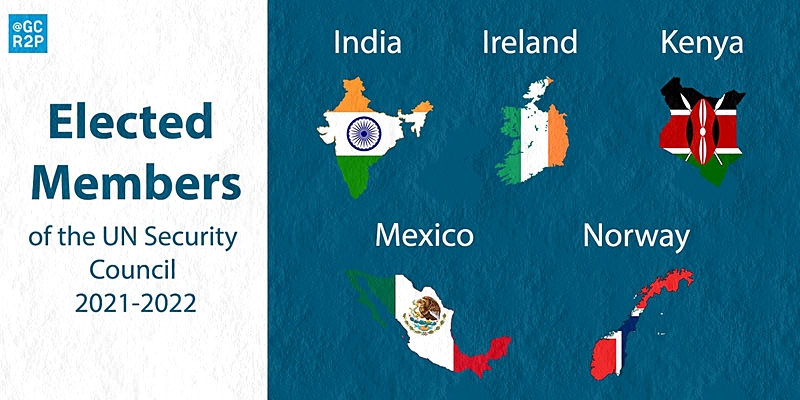 Kenya took up its place as a non-permanent member of the United Nations Security Council, the world body’s most powerful entity on 1st January. Kenya’s route to membership was quite arduous. Notwithstanding the official endorsement of the African Union (AU), Djibouti decided to challenge Kenya’s quest to assume one of Africa’s seats on the Council thereby igniting a corrosive ‘diplomatic war’ between the two IGAD member states. Kenya’s diplomacy, under the resolute leadership of President Uhuru Kenyatta,  consequently went into over drive as Nairobi unleashed  all of its diplomatic and economic ‘weaponry’ to convince the majority of UN Member States that Kenya deserved a seat on the UN body mandated to address the weighty issues of global peace and security.  Ultimately, Kenya won the contest in the UN General Assembly, in June 2020, with 129 votes against 69.

Kenya’s election to the UN Security Council is an indicator of Nairobi’s resurgent diplomatic influence in Eastern Africa and in Africa as a whole. Kenya seems to have recovered from the disastrous internecine conflict it plunged into, after the controversial 2007 elections. In the aftermath of the bloodletting following that shambolic vote, the Kenya brand appeared to have been irreparably tarnished. Kenya evoked stereotypic images of egregious destruction malevolent forces of tribalism could cause in Sub-Saharan Africa.  Legions of peace makers and conflict resolution experts descended upon Nairobi to cajole former President Mwai Kibaki and opposition leader Raila Odinga into forming a Government of National Accord.  Kenya has clearly banished the demons of political instability and tribal violence and is on the rise as an assertive power in Eastern African/Horn of Africa region.
Kenya’s Sub-imperial /Great Power aspirations emanate from the vision of Founding President Jomo Kenyatta.

Whilst other African countries like Tanzania, Uganda and Zambia etc took on a leftist trajectory and became vocal members of the Organization of African Unity (OAU), the Non Aligned Movement (NAM) etc, Kenyatta pragmatically steered Kenya towards strong ties with the United States and the Western bloc. The United States and Britain recognized Kenya’s geo strategic position along the Indian Ocean shipping lane that both Washington and London considered to be of supreme strategic importance.

Kenya was the hegemonic power in the East African Community (EAC) which collapsed in 1977, and continues to be the regional overlord in the resuscitated EAC in the 21st Century.  In 1972, Kenya scored a major diplomatic victory by securing the right to host the Headquarters of the United Nations Environment Programme (UNEP). Today the United Nations Office at Nairobi (UNON) is the third most important United Nations Headquarters station after New York and Geneva. UNON also hosts sub regional headquarters stations of scores of UN agencies. Certainly, hosting of UNON gives Nairobi an aura of cosmopolitanism that other major cities in Africa and the developing world deeply envy.  Nairobi has become a ‘Mecca’ for Heads of State and Government, Ministers, Diplomats, UN bureaucrats, NGO workers etc because of its crowded conference schedule on subjects ranging from environmental sustainability/fragility to the Blue Economy etc.

Kenya has also asserted itself as a major Regional peacemaker. Since the collapse of the Siad Barre regime in 1992 in neighboring Somalia, Kenya has deployed much energy to broker peace talks among Somalia’s fractious sectarian factions. Kenya has a strong military contingent in Somalia as part of an African Union Peacekeeping mission.

The protracted peace talks between the government of Sudan and the Sudan People’s Liberation Movement/Army (SPLM/A) were held in Naivasha, Kenya. Late former President Daniel Arap Moi appointed retired Army General Lazaro Sumbeiwyo as Chief IGAD Mediator in the intra Sudan peace talks. Sumbeiwyo is credited with making pivotal contributions towards crafting of the final peace Accord between Khartoum and SPLM/A.

Does Shift in Regional Balance of Power Favour Nairobi over Addis Ababa?

There appears to be a tectonic shift in the Regional Balance of Power which appears to suggest that Ethiopia’s military and diplomatic preponderance is in decline vis-à-vis Kenya. Ethiopia has been on a trajectory of strategic decline since 2012 when strong willed and highly cerebral Prime Minister Meles Zenawi died.  Meles’ death created a political vacuum among the political class in Addis Ababa, thereby triggering an insidious low intensity power struggle.  The internecine internal conflict between the Federal authorities in Addis Ababa and the Region of Tigray represents the high point of the power struggle that erupted a decade ago.

The consequence of this scenario in Addis Ababa is that Ethiopia has been strategically weakened by its internal turmoil. Further afield, Ethiopia’s standoff with Egypt and Sudan over Addis Ababa’s Grand Ethiopian Renaissance Dam (GERD) only increases stresses and strains on Prime Minister Abiy Ahmed’s reformist agenda.  The bottom line is that because of its internal crisis, Ethiopia can no longer imperiously perform the role of Regional gendarme or hegemonic overlord in the Horn of Africa. Thus; Ethiopia’s internal difficulties have provided room for Nairobi to quietly fill in the vacuum created by Addis Ababa’s strategic retreat mode.

The Ezulwini Consensus is the African Union’s formal position on the outstanding issue of reforming and expanding the UN Security Council to make it more broadly representative than its present composition. The Ezulwini Consensus demands that Africa be accorded two permanent membership seats on a reformed Security Council.  Kenya therefore discreetly seeks to use its performance on the UN Security Council (2021-2022) to burnish its diplomatic credentials to demonstrate to Africa and the wider international community that it can assume the onerous burden of contributing to global conflict resolution. Kenya’s potential rivals for a permanent seat on an expanded UN Security Council are Federal Democratic Republic of Ethiopia (FDRE), Federal Republic of Nigeria (FRN) and Republic of South Africa (RSA). These ‘rivals’ will be carefully watching and scrutinizing Kenya’s performance as a non permanent Member of the UN’s preeminent   body (2021-2022).

This article has been read 418 times
COMMENTS