Ubuntu – Not Hustler or Dynasty Narrative, Is Kenya’s Hope 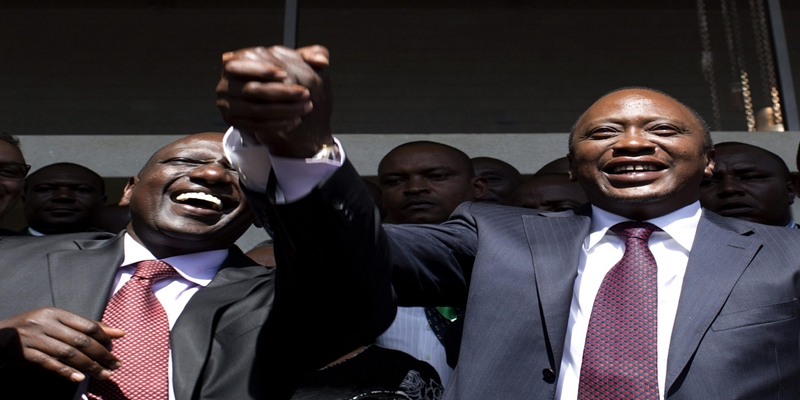 The continued use of the “hustlers vs dynasties” slogan by a section of the political divide in Kenya is slowly having a toxic effect that requires remedial action. The ‘hustlers vs dynasties’ is a well calculated plan by some politicians to divide Kenyans and manipulate lower-class people against the perceived rich for selfish political gains.

It is disheartening for wealthy politicians to ride on the plight of poor people as a campaign tool, instead of addressing it. It makes me wonder why we don’t listen to sober statesmen like  Desmond Tutu who espouses that we are inextricably connected to each other hence the things we do to each other affect all of us. Tutu, a peacemaker par excellence, strongly believes that no human being is better than the other and that we need each other. His philosophy of the fundamentals of human peace is also echoed by John Mbiti’s observation that ‘I am because you are, and because you are, therefore I am.’

The subjective position of ‘Us versus Them’ or ‘They are they are the cause of my suffering’ only serves to stir hate in the society. We need to look inward and ascertain our contribution to the problem at hand before pointing the finger. The ‘I am better than you’ philosophy that is fanned in many political campaigns as each side tries to outdo the other is usually based on hatred and unfounded falsehoods.

The ‘hustler’ and ‘dynasty’ narrative in Kenya is founded on entrenched inequalities between the rich and poor. The poor who are identified as hustlers have been oppressed for long and pro-hustler politicians claim that these poor people need to be liberated by destroying the dynasty class which has amassed wealth and power for a long time, denied hustlers space and opportunity to advance themselves and heavily taxed the hustlers. Kenya’s Deputy President, the champion of this narrative argues that although he is a son of a commoner, he navigated his way from rags to riches through sheer hard work and chicken trade. He has assured ordinary Kenyans that he holds the key to enable them hustle their way out of poverty. Many people are buying into the thinking that by toppling dynasties and voting in a hustler who understands what it means to hustle, they will finally quit the ‘I can’t breathe’ stance, be included on the negotiating table and partake of the national cake.

The BBI brigade, also christened ‘dynasty’ is also promising greatness to the nation through unity, inclusivity and a series of laws that will ensure that Kenyans will never experience post-election violence. New positions will be introduced in government to ensure that there is diversity, and that youth and women are taken care of. Concessions for student loans will be made and a pro-business environment created for youths to start a business.

The promises made by the ‘hustler’ and ‘dynasty’ wings do not take into account the fact that a document cannot restore a nation. A nation is restored, Tutu and Mbiti observe, by the realization that we are inextricably connected to each other. The same sentiment has been expressed by  Transport Chief Administrative Secretary Wavinya Ndeti who has asked the political class to stop dividing Kenyans along class lines because if this narrative gains traction, it will divide Kenya and lead to chaos. President Uhuru Kenyatta has in the recent past decried this narrative during an interview in vernacular radio stations based in Central Kenya.

Politicians are keen to exploit societal challenges to garner support, even if they are the originators of the problems. It is immoral to ride on the plight of poor people to meet selfish political ends. A majority of Kenyans eke their living under very strenuous circumstances. Their problems are real. They need to navigate the high medical expenses. They need to sustain their children in school. Many are graduates but they have no jobs. They are suffering under the yoke of heavy taxation. They wonder why huge amounts of money which are being looted cannot be used to improve living standards in the country.

The above challenges cannot be solved by simplistic sloganeering and cheap politics. We cannot create greatness by sowing discord, differences, extraction and exploitation of others. Harping on the relationship between worker/peasant population and the elite Kenyans brings back uncomfortable memories of the country's colonial past which is a prescription for inflamed passions.

Utu-Ubuntu holds that all human beings occupy a single universe and have a moral responsibility to work for the welfare of all. We need to dialogue on models that respond to everyone’s needs as opposed to ones that ostracize the rest. Utu-Ubuntu is an antidote to greed, cut-throat competition and inequality. Cross-fertilizing ubuntu into the Kenyan society will put a stop to the disastrous survival for the fittest worldview that breeds conflict. Given the polarization and sectarianism evident as we approach the 2022 elections, Utu - ubuntu offers practical lessons on how self-regulating autonomous communities can work fairly and in harmony to achieve inclusivity, reciprocation, self-reliance, democratic governance, equality as well a, individual and communal wellbeing. Utu- ubuntu brings hope for everyone rather than destroying each other. It means not digging a very deep hole for your neighbor because you could also fall in it.

This article has been read 527 times
COMMENTS