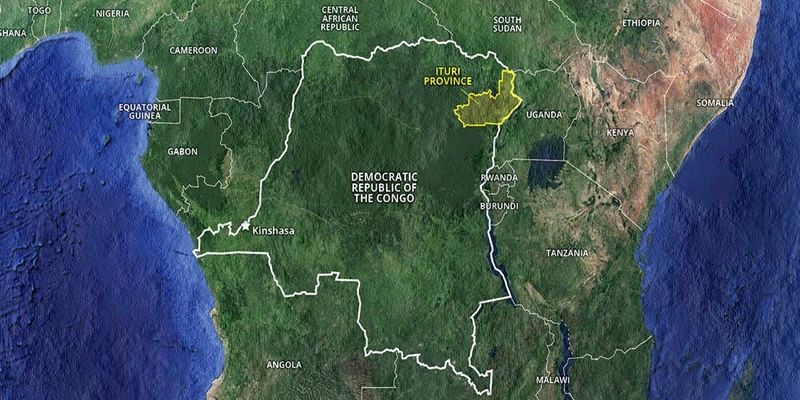 I recently read that the President of the DRC, Felix Tshisekedi, toured some capitals of the East African Community (EAC) member states, seeking help on how to fast-track DRC’s membership to the community. It is shocking to know that the EAC is sitting on the Democratic Republic of Congo’s (DRC) application to join it. Just imagine what a country of 2,345,409 km2 with the population of approx. 90 million inhabitants can offer to the region whose size is 2,467,202 km2. with the population of approx. 184 million inhabitants.

Considering its humungous landmass, untapped resources, economic potential and strategic location among others, the DRC has more to offer than the members of EAC put together. The EAC is fortunate, for DRC’s non-EAC’s member neighbours such as Cameroon, the Central African Republic (CAR) and the Republic of Congo have no plan to form any economic community. They would  have already snatched this opportunity.

Demonstrating sluggishness and lack of agency and urgency in absorbing the DRC in the EAC membership is a shame to the EAC members and Africa in general. How can such a significant player be treated with disdain? How come that small countries such as Burundi and Rwanda were fast-tracked as opposed to the DRC? What’s amiss here?

Why the DRC is a very significant candidate

Firstly, the DRC has a chunk of population of over 80 million people that can add up to the market regionally. Market power is something everybody wants. DRC's population is more potential than that of the EAC since the country has never been developed since independence.

Secondly, the DRC is a humungous source of resources of value particularly minerals, timber, lakes and rivers suitable for agricultural boom for the area, not to mention wild animals of various types suitable for touristic attraction. DRC’s land is fertile; and its weather is predictable when it comes to farming.

Thirdly, the DRC has such a mammoth landmass, double of the size of the EAC.  By having the DRC in the fold, the EAC will be able to avoid the schism that some countries with resources have shown when it comes to full integration. Tanzania with a landmass bigger than the original founder of EAC used to drag its feet for fear of allowing other tiny countries without land or resources like it comparably to help themselves on its abundant resources and massive land. Now that the DRC–––that has more land and resources than others–––wants to join the organisation, Tanzania won’t shudder or waver to fully embrace the community. It can now hang its hat to the community with confidence that now things will work in the favour of everybody.

Fourthly, it is important for both sides to understandably accept some facts and other issues that might be thorny. For example, the DRC is coming with its burden. It has faced conflicts of all kinds because of its resources. Some academics posit that DRC’s resource curse can be thwarted by joining the EAC. Thus, when joining the EAC, it must know that it has something to offer and receive. Similarly, the EAC has something to reciprocate. Geopolitically and strategically, the coming of the DRC to the EAC will help to reduce or thwart conflicts and insecurity resulting from them. For, within the EAC, the DRC is likely to become economically and politically stable. Burundi poses a very good example. When it joined the EAC, its civil wars lessened and later the country became politically stable. If the EAC replicates the same to South Sudan and the DRC, chances are that the region will become another political and economic powerhouse to reckon with.

Fifthly, the EAC should brace itself to develop this disconnected giant. That’s because since acquiring its political independence, the country didn’t get capable and visionary leaders who’d develop it. It has had a horde of corrupt and visionless rulers (with the exception of the late Patrice Emery Lumumba and the current president Tshisekedi).Thus, despite having all goodies mentioned above, the DRC has one of the most dilapidated and poor road infrastructures that needs to be titivated and established where there’s none. In this respect, there’s no difference between the DRC and South Sudan that faces the same underdevelopment thanks to decades of exploitation and negligence from the former Sudan–––it disaffiliated from a few years ago.

Although the DRC is on the Atlantic Ocean, it as good as a landlocked country due to the fact that its coast is not developed. Thus, it has the advantage of accessing the ports just as those countries without land and resources will be able to access them in this law of reciprocity.

In sum, the EAC should fast-track DRC’s membership. This will accord the region a pool of critical asserts for development namely, land, resource and manpower not to mention the market. Dragging feet on bringing the DRC to the fold will adversely affect the DRC and EAC.

Tshisekedi has played his role. The ball now is in EAC’s court to do all the needful. It doesn’t fall in place to have such a giant languishing in bureaucracy while it poses to hugely benefit the EAC and thereby improve its power and standing economically, globally and regionally.

This article has been read 792 times
COMMENTS