The Covid-19 Vaccine Rollout: Which Emerging Economies Are Leading the Way? 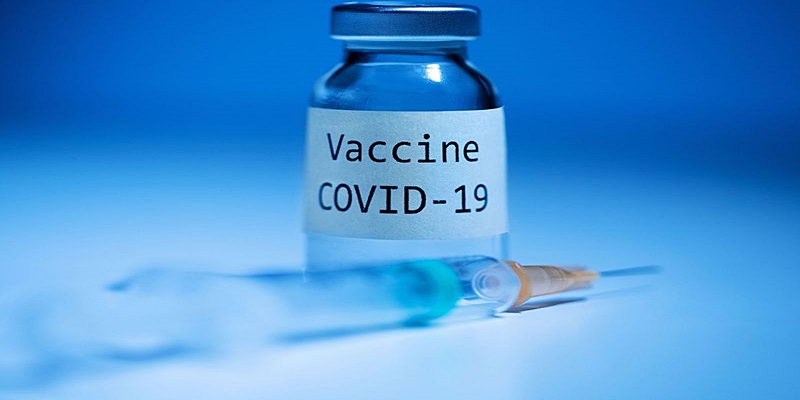 Growing numbers of countries around the world are launching Covid-19 vaccine programmes, generating optimism that there is a light at the end of the coronavirus tunnel. However, while some developing economies are successfully moving forward with their own programmes, others have expressed concern about an emerging global imbalance in distribution.

Governments around the world spent €93bn on Covid-19 vaccines and therapeutics in 2020, around €86.5bn of which went to vaccine producers, according to the kENUP Foundation, a non-profit organisation. Of this total, 32% came from the US, 24% from the EU, and a total of 13% from Japan and South Korea.

Thanks in part to such investment, the UK, the US, China, India and Russia have all developed Covid-19 vaccines. As a result of national and multinational initiatives, approximately 39m doses had been administered in 49 countries by January 19.

While many richer nations have been able to produce or purchase sufficient doses to inoculate their entire populations several times over, some less developed countries are struggling to guarantee supplies. Tedros Adhanom Ghebreyesus, the director- general of the World Health Organisation (WHO), has warned that an uneven distribution of vaccines risks prolonging the pandemic.

Further to questions of supply, it is feared that some middle- and lower-income countries will have to overcome logistics-related hurdles to provide vaccines to all citizens.

Vaccines are biological products that can be damaged by different environmental conditions, such as very high or low temperatures or excessive light. It is thus essential that they are transported and stored appropriately.
For example, the Pfizer-BioNTech vaccine must be kept refrigerated at -70°C, meaning that its distribution requires considerable cold-chain logistics capacity, which is both expensive and dependent on an efficient road network.
Another challenge is related to logistics and ICT. Successfully inoculating the entire population of a given country requires a comprehensive, up-to-date and reliable database – something not all nations possess.

One possible solution to uneven distribution is for individual countries to manufacture their own vaccines. There is certainly untapped potential in this area: in June last year a survey carried out by the Coalition for Epidemic Preparedness Innovations (CEPI) identified Covid-19 manufacturing capacity in 41 countries. This solution would also diminish the impact of supply chain disruption created by the pandemic.

However, the know-how to produce vaccines is not freely available. With a view to addressing this, at the end of last year India and South Africa called for the World Trade Organisation to temporarily suspend international intellectual property protection on medical goods, including coronavirus vaccines.

They were backed by dozens of developing economies, but richer nations and blocs – including the US, the UK and the EU – opposed the motion, saying it would stifle innovation.

An alternative solution that is being pursued by some countries is to develop their own vaccine. In Mexico, for example, various initiatives are in motion to develop a “national vaccine”

http://oxfordbusinessgroup.com/news/covid-19-economic-impact-latin-america-and-caribbean-year-review-2020), although the country has also imported large quantities of the Pfizer- BioNTech vaccine, which it used to launch its inoculation plan earlier this month.

Cuba is likewise working on its own coronavirus vaccine, in collaboration with Iran.

Notwithstanding such efforts, for the time being it seems that the most effective way to immunise national populations is to import large quantities of one of the established vaccines.

The Gulf swings into action

One region that has seen considerable success in importing vaccines and rolling out mass vaccination programmes is the Gulf.

On December 10 Bahrain announced that it would provide the vaccine for free to all citizens and residents, having approved the use of both the Pfizer-BioNTech and the Chinese-made Sinopharm vaccines. As a result of this initiative, Bahrain currently has the second-highest vaccination rate in the world, after Israel.

In addition, this month Bahrain became the first country in the world to enable all citizens to schedule their vaccination via smartphone, through its BeAware tracing app – a prime example of digital innovation being used to overcome some of the risks associated with the virus.

Elsewhere, the UAE, Kuwait, Oman, Qatar and Saudi Arabia all kick-started their inoculation campaigns towards the end of December.

The UAE was the first country outside China to approve the mass use of the Sinopharm vaccine. This and the Pfizer-BioNTech vaccine are currently the most widely deployed vaccines in the region, although several countries are in the process of diversifying their supplies.

In contrast to the Gulf, Latin America is less advanced in the availability and accessibility of vaccines.
Some countries – such as Mexico, Costa Rica and Chile – have successfully negotiated to obtain batches of the Pfizer-BioNTech vaccine, and have begun to roll out inoculation programmes.

Brazil, meanwhile, was the site of successful late-stage trials for two of China’s vaccines, and will begin administering one of them – Coronavac – in late January.

Elsewhere, Argentina received its first batch of the Russian-made Sputnik V vaccine at the end of December.
With a few exceptions, other countries in the region have not been able to secure large stocks. Some, such as Peru, are now in the position of waiting for the COVAX Facility to provide a supply of vaccines.

The COVAX Facility is a multilateral initiative which aims to guarantee that all countries have “fair and equitable access” to coronavirus vaccines. Co-led by organisations including CEPI and the WHO, COVAX enables countries to pool their resources by jointly investing in vaccine candidates, while at the same time developing the infrastructure necessary for their distribution.

In September last year the WHO outlined how COVAX will work. Under the plan, doses will initially be allocated to participating countries in proportion to their population size. Once each country has received enough for 20% of its population, their respective Covid-19 risk profiles will be taken into account for subsequent distribution.

COVAX is intended to counter “vaccine nationalism”, the term applied to the growing tendency for richer nations to secure bilateral contracts with vaccine manufacturers and stockpile doses for their own citizens – a tendency which, as the WHO has highlighted, disadvantages emerging economies, and would result in the duration of the global pandemic being extended.

So far, more than 180 countries have signed up to the COVAX initiative; it will pay for vaccines for 92.
Thus, COVAX is set to offer a lifeline to the developing nations that are lagging behind, ensuring that the light at the end of the tunnel continues growing brighter.

This article has been read 499 times
COMMENTS