Non-Tariff Barriers and Related Dispute Resolution: Is the East African Community All Hat and No Cattle? 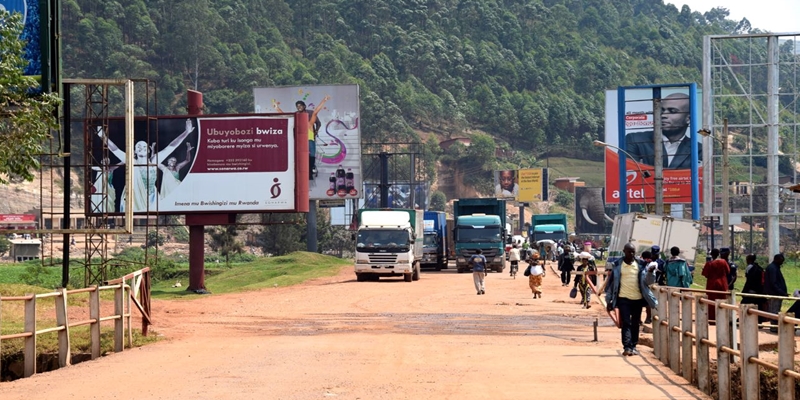 The East African Community (EAC) has several avenues to use to address/eliminate non-tariff barriers (NTBs) – including the East African Court of Justice. Despite this, NTBs remain a big challenge for businesses. They are a major concern for the business community in the region as they add to their transaction costs and thus contribute to low intra-regional trade volumes, which is one of the key factors contributing to the decline of intra-EAC trade and investment. Most of the NTBs are undermining the free movement of goods and services as enshrined in the EAC Customs Union and Common Market Protocols. NTBs generally include laws, regulations and administrative and technical requirements (other than tariffs) imposed by a Partner State, whose effect is to impede trade.They have been categorized into technical and non-technical barriers to trade. Technical measures include unjustified sanitary and phytosanitary measures (SPS), Technical Barriers to Trade (TBT), pre-shipment inspection and other formalities. On the other hand, non-technical measures include contingent trade-protective measures, non-automatic licensing, quotas, prohibitions and quantity-control, measures other than SPSs or TBTs, price control measures, finance measures, measures affecting competition, and trade-related investment measures.

The EAC Partner States have responded with various policy measures to eliminate or avoid the imposition of new NTBs in intra-EAC trade. The region launched of the Time-Bound Programme for the Elimination of Identified/Reported NTBs to improve trade in the region. Further, EAC Secretariat in partnership with the East African Business Council (EABC) established a mechanism to identify, monitor and resolve NTBs as they arise. EAC subsequently enacted the EAC Elimination of Non-Tariff Barriers Act, 2017 to provide a legal framework for monitoring and addressing NTBs in the region. NTBs arising in the EAC can also be notified to the Tripartite Free Trade Area and African Continental Free Trade Area mechanisms on the elimination of NTBs.

Time-Bound Programme for the Elimination of NTBs

The EAC Time-Bound Programme for the Elimination of Identified/Reported NTBs was launched in 2009 to improve intra-EAC trade through the reduction of NTBs. Under the programme, the elimination of NTB is administered by regional and national committees – EAC NTB Monitoring Committee and National Monitoring Committees (NMCs). The process begins with companies identifying and reporting their experiences of trading in the EAC to their business associations which act as watchdogs for the process of elimination of NTBs, or even directly through online or SMS-based tools. The business associations thereafter report the same to the NMCs, which then report to their line ministries or the agency responsible for taking further action. NMC can escalate the reported NTBs to the EAC Secretariat through the EAC Directorate of Trade. The EAC Secretariat then forwards these reports to the EAC Coordination Committees and the EAC Trade, Industry and Investment Committee for discussion and decision making. The EABC then disseminates the information on NTBs’ elimination progress to members.

The Act prohibits Partner States from engaging in trade practices, customs procedures or imposing any other measures that constitute non-tariff barriers or any other discriminatory practices. It provides for three mechanisms that Partner States can explore to resolve the reported NTBs: mutual agreement of the concerned Parties (consultation process); implementation of the Time Bound Programme for Elimination of Identified Non-Tariff Barriers; and implementation of laws, regulations, directives, decisions or recommendations of the Council.

Besides administrative law remedies, Partner State whose public officer or institution engages in any activity that would amount to an NTB must compensate the affected party for the loss caused by the public officer or institution as may be determined by the EAC Committee on Trade Remedies (hereinafter the Committee) within thirty days. Failure to resolve the dispute within the stipulated thirty days entitles the aggrieved party to petition the East African Court of Justice (EACJ). However, the Committee on Trade Remedies is not yet operational. As a consequence, traders have been compelled to use alternative dispute resolution mechanisms such as bilateral meetings, EABC reports to the Secretariat on challenges faced within the Common Market and litigation at the EACJ which oftentimes are unpredictable, lengthy and costly.

The operationalization of the Committee has been delayed due to failure of the Partner States to ratify the amended Article 24(2)(a) of the Customs Union Protocol. The original provision of Article 24(2)(a) of the Customs Union Protocol caps the membership of the Committee at nine. The Committee handles any matters pertaining to, inter alia, dispute settlement. The amendment was necessary to accommodate the increasing membership of the Committee following the admission of Burundi, Rwanda and South Sudan. Whereas in 2013 the then Partner States submitted their nominees to the Committee, it cannot be operationalized until the ratification process of the amendment is concluded. Despite the Summit approving the amendment in October 2009, more than a decade later, none of the Partner States has ratified the provision, thus making it impossible to constitute this important Committee. A major challenge with EAC NTB elimination mechanisms is that directives, such as a recommendation to impose a sanction on non-complying parties, can be ignored. This, coupled with the recent trade-related squabbles between some of them, shows a dearth, if any, of political goodwill in their integration agenda. Despite integration progress being made in the past years, the dissatisfaction with the implementation of EAC trade policies and the lack of results is rapidly growing.

The existing ad hoc NTB elimination mechanisms have proven ineffective largely due to political ill-will of the Partner States. NTBs can effectively be eliminated through rules-based or legally binding arrangements accompanied with the necessary goodwill to properly implement and enforce the said rules. Partner States should therefore ratify the amended Article 24(2)(a) of the Customs Union Protocol. Rules-based NTB elimination mechanism improves governance and compliance. Similarly, political goodwill is a crucial ingredient in the integration process, and, in its absence, little progress can be achieved. Secondly, they should shift from quasi-dictatorial regimes and practice liberal democracy. As per the democratic legalist argument, liberal democratic regimes tend to be more willing to observe and respect international law because of their commitment to the rule of law and to legal institutions. Finally, EAC should consider having a legally binding NTB elimination mechanism that provides for sanctions that can be imposed by an independent body. This calls for the tabling of the supranationalism agendum.

Supranationalism will be the birth of an organization that enjoys decisional and institutional autonomy, and the direct binding effect of laws emanating from regional organisations on natural and legal persons in Partner States. Meaning, the organisation will be capable of exercising authoritative powers over EAC Partner States. This will ensure that the Partner States not only mandatorily comply with the NTB elimination policies, but also their other EAC obligations.

Akinyi J. Eurallyah is an Advocate of the High Court of Kenya currently pursuing her PhD Law at Dalhousie University, Canada. She holds an LL.M in International Trade and Investment Laws in Africa from the University of Pretoria, South Africa. She is an author and a consultant, with biases in the areas of Business and Human Rights, trade and project finance, trade and investment-related dispute resolution, regional integration, economics and international business and politics. She has extensively researched and written on international financial stability in a globalised economy, human rights accountability in the context of global politics, Artificial Intelligence and advancing regional economic integration.

This article has been read 385 times
COMMENTS