Trump Offered Republicans an Opportunity to Redeem Their Party 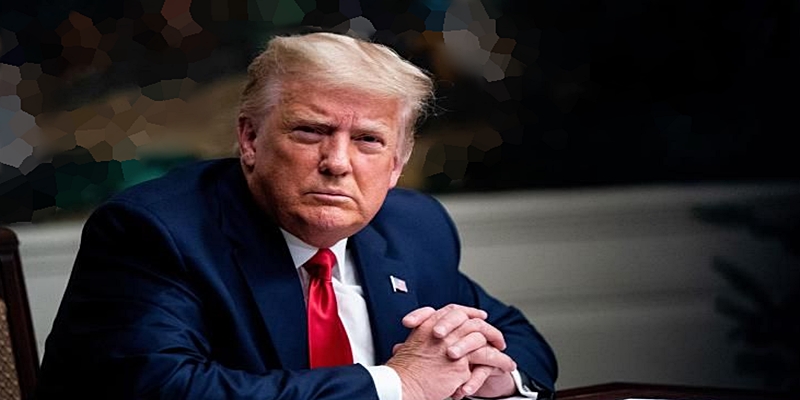 When   former US president Donald Trump enflamed and sanctioned the attack on the Capitol Hill, did he know that he was credulously offering a golden opportunity to true Republicans to take back their party from his grip? Since voting Trump in the White House, the Republican Party found itself in whopping imbroglio-cum-quandary and disenchantment. Instead of standing for its philosophy, it found itself being bulldozed by Trump.  For four years, Trump lorded it over everybody in the party and in the country. Those in the know knew and still know how the party’s slowly deteriorating into decay after digressing from its principles. Instead of being guided by its principles, the party ended up being spent and misspent by Trumpism. It became among Trump’s many controversial ventures that enabled him to live and trade without paying tax since 2000 (the New York Times, September 28, 2020).

When Trump incited his domestic terrorists to attack, desecrate and vandalize the Capitol Hill (the citadel of America’s democracy and hegemony), the opportune moment for true Republicans availed itself for them to seize and do the needful for their party and their country altogether. They were not happy with Trump’s takeover of their party after it clinched the White House in 2016.

For four years under Trump’s watch, Republicans suffered more than any time in the history of their party. However, for fear of losing their posh positions or elections, many decided to cower before Trumpism. The Republicans are waiting for their opponents, the Democrats to slay the monsters they seem to have feared to take on.

The Democrats vigilantly seized the opportunity the Republicans abused. Using the constitution, they asked the former Vice president Vice President Mike Pence to invoke the 25th Amendment seeking to fire Trump. Pence declined. Now that the Democrats have started the process of impeaching Trump for the second time for inciting his domestic terrorist and white chauvinists to attack the Capitol as a way of unseating him, some Republicans are coming forth vigorously to openly support the move. The magic wand that Trump used to bulldoze and hoodwink America is now long gone. He pulled the imp out of the bottle. He can’t return it back into the bottle.

Recently, Republican representative Liz Cheney, the daughter of the former Vice President, said that she’d support the impeachment and conviction of Trump. Apart from Cheney, the Fox News (January 12th, 2021) quoted former Trump’s protégé Mitch McConnell, the Senate majority leader as saying that “Donald John Trump warrants impeachment and trial, removal from office, and disqualification to hold and enjoy any office of honor, trust, or profit under the United States.” Other Republican trailblazers who echoed the same sentiments are Senators, Ben Sasse (Nebraska), Lisa Murkowski (Alaska), Pat Toomey (Pennsylvania) and Representative and Adam Kinziger (Illinois 16th District and Liz Cheney (Wyoming).  Others are believed to be in the process of disclosing their stands on this move. Chances are that many Republicans will support the impeachment.

Political pundits agree that Trump has divided the country, polarised it and sidelined it internationally. He enjoyed unchecked powers as the man on the top and decided the fate of any if not all Republicans vying for office. His stars no longer align. He becomes the first and only president to be impeached twice in the history of the US and may be barred from holding any public office in the future. Will Trump survive this political looming blitzkrieg?

Julius Nyerere once warned against allowing corrupt leaders and rotten businesspeople in the State House. Now, a diminished and disgraced figure, Trump has left the White House. The genie is back in the bottle. It is time for Americans to lick and nurse the wounds and move on. The US has to start salvaging its lost and tarnished image globally.

Although Biden has revoked some of Trump's punitive writ with fiat, he needs to do more to redress all those who were injured under Trump. Trump must not be left to go scot free for the crimes he committed as the president of the US.

The author is a lifetime member of the Writers' Alliance of Newfoundland and Labrador (WANL) and author of over 20 books among which are Africa Reunite or Perish, 'Is It Global War on Terrorism' or Global War over Terra Africana? How Africa Developed Europe and contributed many chapters in scholarly works on many issues.

This article has been read 618 times
COMMENTS