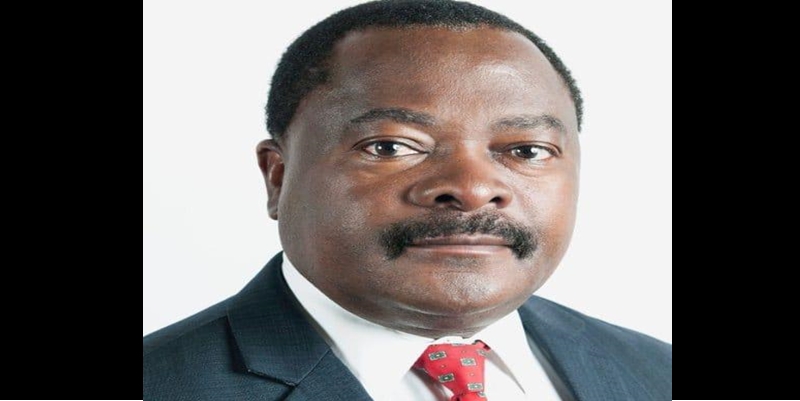 The power industry in South Africa is faced with huge challenges. Knox Msebenzi, Managing Director of the Nuclear Industry Association of South Africa (NIASA), discusses the impact of challenges on the country's economy and a way out of the power generation difficulties in South Africa.

The Nuclear Industry Association of South Africa is a body committed to promoting the highest standards in the development and application of nuclear technology in South Africa. NIASA is composed of organisations, groups, and individuals, from not only the established nuclear sector but also any entities involved in any technology endeavour related to the development and operation of nuclear technology.

Here are excerpts from the interview conducted by Kester Kenn Klomegah for InDepthNews:

IDN: How would you describe the level of power shortage and its impact on the economy currently in South Africa?

Knox Msebenzi: Eskom, the utility company had a good handle on electricity consumption growth and had asked to build new capacity to meet the growing demand but was stopped by the government whose policy was to introduce other players in building new capacity.

However, the timing was poor and when a crisis was on the doorstep, two new coal plants, Medupe and Khusile, were built rather hurriedly and the project management was not done very well. As a result of this delay and the ageing of the coal fleet, supply became increasingly a problem, resulting in load shedding.

The impact was devastating. Some industries closed down and prospective investments could not come into the country because of no security of supply offered by the utility

IDN: What do you see as the main problems in the power industry? Besides the country's cabinet, has parliament also involved in discussing this?

KM: The Parliamentary Portfolio Committee on Energy hosted public inputs into the issues relating to the energy policy of the country. They clearly recommended that South Africa should pursue an energy mix that includes coal, nuclear and renewables going forward. The problem with the power industry is that there are too many players with self-commercial interest mudding the waters and driving the agenda that favours one type of technology at the detriment of the others.

IDN: Is it better under the political administration of Cyril Ramaphoza or Jacob Zuma? Can you please discuss how the power industry has been managed?

KM: Under Zuma the narrative was that the insistence on nuclear power was driven by a corrupt agenda. No evidence was brought to the law enforcement offices for prosecution of the offenders, so it remains hearsay whether there was any truth in the allegations or not.

Under Ramaphosa, it seems those who are pushing for renewable energy as the only sustainable source are getting more exposure. My view is that an all-inclusive energy mix is the answer to South Africa's energy needs. It cannot be an either-or scenario. The Integrated Resource Plan (IRP) which is the government's energy policy, is very clear that an energy mix is the answer.

IDN: What is your expert views about "energy mix" -- a combination of wind, solar, hydro and nuclear power? Why nuclear is still bug down with problems?

KM: Not only is it my view that an all-inclusive energy mix is imperative, but the government policy recognises that as well. As soon as the government invited inputs for the procurement of nuclear, antinuclear lobbyists were on the minister's neck wielding knives to kill nuclear. (The fact is that) No energy source is without problems.

The challenges relating to nuclear are well articulated but are manageable. There are no silver bullets when it comes to energy sources. The problems are exaggerated by a deliberate antinuclear lobby which is well funded internationally. Criticisms of nuclear relating to costs and project managements (long delays with huge projects) are being addressed with Small Modular Reactors. The few nuclear incidents which are always cited as reasons to abandon nuclear, are melodramatised. But when statistics about the number of deaths per kWh generated are analysed, it is found that nuclear is one of the safest energy sources.

IDN: If, for instance, South Africa decides to strengthen nuclear as an additional remedy, how about nuclear safety regulations and training of staff for this?

KM: South Africa is one of the founding members of the International Atomic Energy Agency (IAEA) and has had a nuclear power plant in operation since 1984. It has a well-established National Nuclear Regulator which is well recognised and respected by its peers worldwide. The issue around the training of staff has been addressed at the time when there was an expectation of 9600 MW to be added to the new nuclear build. Some of the developed skills have since left South Africa for opportunities in countries like the UAE that have embarked on nuclear. So the capacity to develop these skills, starting from tertiary institutions, is there.

IDN: Do you see any possible way out of the power shortage in the country? Do you think foreign players (countries) are already showing interest and could help South Africa?

KM: The best way out of the current situation is to fully implement the IRP. Nuclear power will not come online today, but countries do not plan for now but for the future. Foreign players will invariably be attracted by commercial interests.

South Africa was at the forefront of developing SMRs (Small Modular Reactors) at one stage, but this was interrupted by political decisions. South Africa is capable of solving the electricity situation.

We set the developmental agenda we want, and foreign players can slot in in pursuit of their interests.

Manufacturers of renewable energy equipment overseas are already pushing to sell their goods and services. Nuclear vendors are also very keen to participate in the South African nuclear bid and this can be a gateway to the rest of the continent.

*This interview was first and originally published by InDepthNews.

This article has been read 274 times
COMMENTS