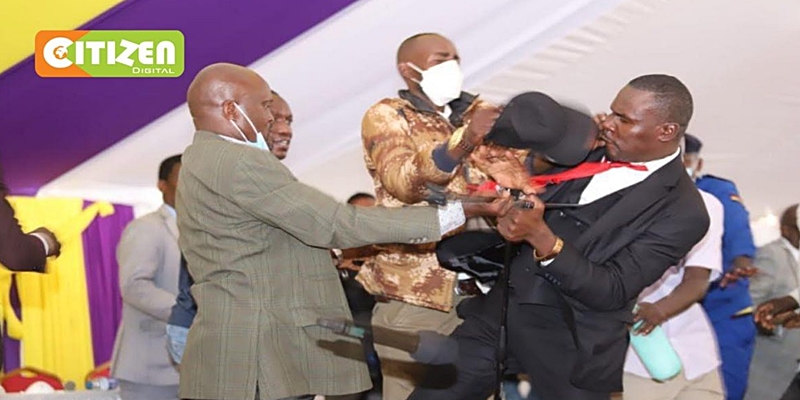 Grounded on what recently transpired in Uganda under what we were told was democratic elections and what is happening in Kenya where two sides of the political divide are at work for the same in 2021, today, I want to allude to western democracy. I am doing this to help others not to put much premium on it if it does not offer answers to their problems. Considering how some Ugandans were killed or suffered, was there anything reason to waste money and lives on the process while the outcome was already predetermined?

When democracy was invented in Athens – if at all this is true - many thought it would be a magic bullet to man’s, if not all, problems. I say if it is true because there are historical traces of democracy in Egypt and Mesopotamia millions of years before this Greek sixth century concept of democracy.  Thanks to the chauvinistic nature of the west, the two harbingers of democracy have never been given any credit or precedency since they’re not white enough to whitewash our systems and the world. To prove even more, whereas democracy has been adopted by many languages, the word vote or kura in Swahili, for example, is not new. This signifies the existence of democracy in African societies before the western one was conceived though with a different ambiance.

Up until now, democracy has never provided the right answers that many wrongly thought it would. Experience has shown that democracy can be very toxic if it is not handled with care. Our politicos need to hold onto this ‘nugget of wisdom’ to avoid carelessly and selfishly making use of democracy.

In Kenya, I have heard many narratives and nuances being impelled into the wananchi about the so-called dynasties and hustler nation.  Are these what Kenyans need really? Despite the lies and toxicity behind such self-seekers who pose as liberators, they still go around sowing the seeds of destruction in the name of democracy. Is this democracy or demoncrazy?
I love democracy. However, to the contrary, I don’t expect much from it. Any human invented concept will always have shortfalls and strengths altogether. Therefore, whoever wants to enjoy democracy must underscore its idiosyncrasies and inadequacies. We are neither the first nor the last to have used democracy. It has not solved our endemic problems such as corruption, tribalism, myopia and self-destruction. Mea culpa, mea culpa so to speak. It seems to have succeeded to paralyse us so as to overlook our collective needs by buying into individual needs such as those of the dynasties and hustler nation that have never existed anywhere except in the narratives and schemes of those propounding them.

First of all, western democary has its baggage. Its inventors were geared by their environment and problems but not ours. They sought to address and arrest their problems for their own benefit.

Africa, under Ubuntu, namely “you’re because we’re” has more meaningful and practical democracy than western democracy. We had our own brand of democracy that kept us healthy and cohesive. We didn’t instigate any World War just like our gurus of democracy. Mwl. Julius Nyerere (Tanzania’s first president) once said that “we, in Africa, have no more need of being ‘converted’ to socialism than we have of being ‘taught’ democracy…They’re rooted in our past, in the traditional society which produced us.” The west’s experience of colonialism shows that they have no moral high ground in democracy. A camel cannot teach the fish how to live in water, neither can the latter teach the former how to live in the desert. They both have their distinct ways of life.

Secondly, western democracy is a business that many imperialist and predatory states use to either bully, cower or exploit others. It is like one married couple forcing another couple to live by its script however faulty.

Thirdly, western democracy is very expensive and unfit for poor countries. It turns them into beggars. It is used by rich countries to choose proxy leaders for the benefit of the west if not to provoke misunderstanding. Whoever pays the piper calls the tune; and there’s neither free meal nor free ride in a capitalist world. Knowing this stark reality speaks to the fact that what we deem to be democracy isn’t. There is no way that countries can use their people’s taxes to finance our democracy without expecting returns. This is not a kind of nudum-pactum or anything like it.

Fourth, western democracy is knotty just like other human systems of governance. Sir Winston Churchill, the former British PM observed that “many forms of Government have been tried and will be tried in this world of sin and woe. No one pretends that democracy is perfect or all-wise. Indeed, it has been said that democracy is the worst form of Government except for all those other forms that have been tried from time to time.…”  What we myopically and wrongly deem to be perfect, apart from being imperfect, is but an experiment that helped the west to dominate others. How many of us–––who off the wall–––view democracy as such?  Nyerere once said that “democracy is not a bottle of Coca-Cola which you can import. Democracy should develop according to that particular country.” Those who want us to devour western democracy without thinking about it or considering our own environment need to think twice.

We need democracy in a fecund but not a foolish way. Yea, we need the one that fits in our milieus, narratives, and nuances as it serves our interests first as opposed to the one that saves those of the others. The sage has it that “to the conqueror go the spoils and praises.”  Those doubting this narrative about democracy and the way it serves the interests of the west must remind themselves of how former Zimbabwe strongman, Robert Mugabe was reprimanded when he proposed sending election observers to the US the same way the west’s always done to African countries whenever they’ve elections. If there’s anything underhand, is why does the west send its observers to Africa that can’t equally reciprocate? We need to be watchful instead of being the witnesses of the cataclysm in the making.

Considering what transpired in Uganda and the current narrative about the dynasties and hustler nation in Kenya,  those affected must be watchful and guard against investing in processes that may be time-wasting, resource wasting, valueless to the country and serving hidden partisan agendas.

The author is a lifetime member of the Writers' Alliance of Newfoundland and Labrador (WANL) and author of over 20 books among which are Africa Reunite or Perish, 'Is It Global War on Terrorism' or Global War over Terra Africana? How Africa Developed Europe. He has contributed many chapters in scholarly works.

This article has been read 596 times
COMMENTS