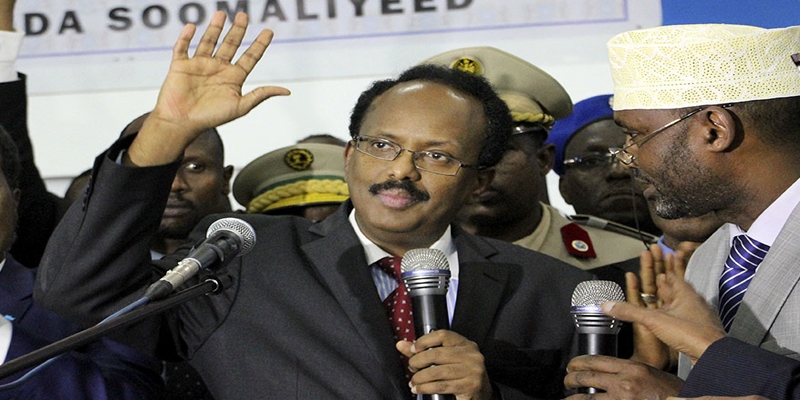 It was not long ago when I discussed the failure of the Federal Government of Somalia in foreign relations at the 38th extraordinary summit of IGAD. I pointed out in my article which was published on Hiiraan online “The outcome of the IGAD summit was a diplomatic embarrassment, ignominious, and demeaning for the government of Somalia.” At the time, it was obvious FGS officials were mixing local politics with foreign relations. There is no doubt, it is more embarrassing now after the outcome of the Fact-Finding Mission to assess the complaints of Somalia found out the lack of any substantial evidence to support FGS’s accusation to Kenya in interfering in its internal affairs.

FGS making relations with neighboring countries worse by accusing Djibouti as an partial and biased. This is another diplomatic catastrophe to FGS and will have profound effects on the future of the country if the next administration does not take decisive actions to remedy the damage.

In international relations, there are constants and variable interests that drive the foreign policy of any state regardless of the ruling party, regime type, or president. At the heart of the foreign policy of any country is the national security, economic, and the wellbeing of their citizens among other things. In securing those interests, countries must develop non-belligerent relations with neighboring countries that are painstakingly implemented by highly trained professionals with good ethics and patriotism who put the heart of their decisions in the interest of their beloved country.

Somalia accused Kenya of interfering with its internal affairs ranging from air space violations, training, and arming militia to fight federal troops among other accusations. In response to those accusations, the Federal Government of Somalia wrote a complaint letter to IGAD and African Union. Somalia also severed ties with Kenya by expelling Kenya’s ambassador to Somalia. It was decided that the tiff between the two neighboring countries to be solved within IGAD member states. IGAD appointed a Fact-finding Commission to probe the allegations with the permission of both Kenya and Somalia. Somalia never raised any objection or doubted the fairness of the Fact-Finding Commission members who were predominantly Djiboutian until the report was released.

The Fact-Finding Commission released its report and found as predicted, no evidence whatsoever that Kenya interfered in the domestic affairs of Somalia. Here is a quote of their conclusion. “The Commission considers that these grievances, some of which are longstanding, do not appear sufficient to justify a diplomatic separation between Kenya and Somalia. It is true that the federal government of Somalia is sovereign in its decisions,”

The subsequent events and FGS’s behavior in response to the Fact-Finding Commission’s report especially the statements given by the information and foreign affairs ministers were reckless, irresponsible, and unpatriotic. At one point they accused Djibouti, the only neighboring country that never engaged in a war with Somalia and has no territorial dispute with Somalia. For instance, the Minister for Information, Culture, and Tourism dismissed the report in its totality. In another statement he gave to reporters was this “The outcome of their report came as a shock to us. The report is one-sided. They [investigators] refused to go to the Somali territory. They went to Kenya twice, they went to Mandera. We wanted them to visit the Gedo region, but they refused to cross the border.” The statements of Somalia’s Foreign Minister Mohamed Abdirizak made matters worse when he alluded that Somalia is considering terminating its IGAD membership.  The impartiality of the Commission and report they released can be debated. However, the way the government responded is undiplomatic.

It's paramount that Somalia's government officials should stop mingling local politics with foreign relations. The best way to abstain from doing so is to put national security at the heart of their decision-making processes both local and abroad. They must also consider many facts and scenarios before they make a decision. This could only happen if they discuss the matter at ministerial meetings or among a select group of misters similar to the National Security Council of the United States. It seems the decisions are coming from two ministries who seem to compete. Sometimes Somali government responses are given in an unusual time, through the wrong medium, and without prior meditation.

The tiff with Kenya can be solved amicably if the current administration of Somalia puts aside local politics temperature and create conducive conditions for collaboration. Somalia can cooperate with Kenya on business, education, and security. Somalis have developed multi-billion businesses in Kenya. Those businesses are created and owned by Somali nationals. Somalia can be helpful to those businesses if collaborates with Kenya in easing business regulations between the two countries including visas. Kenya has a robust education system both private and public which can benefit Somali children and youth to acquire high-quality education. lastly, Kenya has its forces on the ground under the umbrella of AMISOM to fight Al-Shabab and weaken their influence. Both Somalia and Kenya have a common interest in fighting Alshabaab for their national security.  It's no secret that Kenya sacrificed many soldiers in Somalia and liberated a large area from Al-Shabab. In my opinion, the entire Jubaland region can be liberated if KDF, SNA, and Jubaland forces cooperate. These are few examples in the areas where the two countries can work together. Somalis are fed with fighting and yearn for peace. It is incumbent upon the Somali government to create conducive conditions and de-escalate tensions between the two neighboring countries. Somalia has enough local problems to deal with and must focus on local problems rather than pursuing aggressive diplomatic relations against neighboring countries.

The author is an academic and International Relations expert and East Africa political Analyst based in Minneapolis, MN
Courtesy: Hiiraan

This article has been read 293 times
COMMENTS