Africa No Filter: Achievements and Plans for the Future 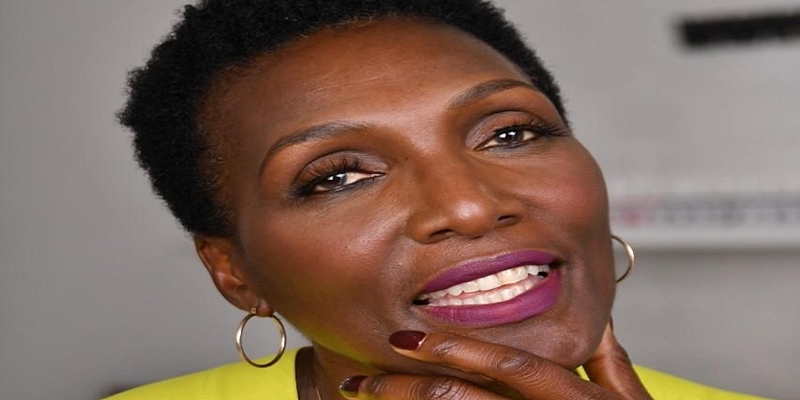 Africa No Filter is a not-for-profit set up last year to help shift harmful and stereotypical narratives about Africa through research, advocacy and grant-making to storytellers.  It is funded by the Ford Foundation, Bloomberg, Andrew W. Mellon Foundation, Luminate, Open Society Foundation, Comic Relief, the Hilton Foundation and the British Council.

Interestingly, one-third of all African stories in news outlets on the continent are sourced from foreign news services according to a new report from Africa No Filter. The ‘How African Media Covers Africa’ highlights the fact that stories about Africa continue to be told through the same persistent and negative stereotypes and frames of poverty, disease, conflict, poor leadership and corruption.

Moky Makura is the Executive Director of Africa No Filter, a donor collaborative focused on shifting the African narrative. Prior to that, she was the Deputy Director for Communications Africa at the Bill and Melinda Gates Foundation where she was responsible for building and managing the foundation’s reputation on the continent.

In this interview, Moky Makura discusses reasons for creating Africa No Filter and its achievements, recent research findings and its plans into the future. Here are the interview excerpts:

Q: What prompted the project “Africa No Filter” a not-for-profit set up in 2019? What are the reasons behind studying the media representation and performance in Africa?

MM: In response to the persistent and ongoing framing of Africa as a broken continent, dependent on donors with its people lacking agency to make change, Africa no filter was set up to shift these harmful and stereotypical narratives about Africa.  We do this through research, grant making and advocacy.  Media is an influential platform on which these narratives are carried so we wanted to understand better what role African media had in perpetuating some of the stereotypical narratives.

Q: After the research and monitoring, what are the main findings, directions and setbacks on the side of African media? In your perspective, why do negative reports on Africa dominate the local and foreign media?

The results confirm challenges and experiences that are common knowledge within the industry: advertising revenue and newsrooms are shrinking, influencing the kind of news that Africans read and that news is largely negative and conflict filled.

Key findings from the report show that the sources for news gathering on African countries are problematic, the resulting content continues to feed old stereotypes, and often the quality of local journalism doesn't allow for nuanced and contextualized storytelling that is critical for telling stories about the 54 countries in Africa.

63% of outlets surveyed don’t have correspondents in other countries in Africa. A third of all coverage on Africa was from non-African sources, with AFP and BBC accounting for a quarter of all stories found in African outlets about other African countries.  African news agencies contributed minimally. 81% of the stories analyzed were classified as “hard news” e.g., conflicts and crises driven by events – they were also largely political in nature.   13% of the news focused specifically on political violence, civil unrest and armed conflict.  South Africa, followed by Egypt were the countries with the most diverse coverage that was not necessarily linked to newsy events meaning that those two countries are probably the ‘best known’ on the continent

Media is incredibly influential in setting the agenda and determining narratives about Africa. The research clearly shows that despite years of independence, Africans still don’t hold the pen when it comes to writing our stories.  More importantly, we continue to promote the narratives about Africa being broken, dependent and lacking agency through the stories we share in our media about each other. We need to take back the pen.

Q: Do you think that media leadership and management largely influences media reports on Africa?

MM: Media is constrained by its business model. This is not so much about leadership and management. Advertising, the key revenue driver, essentially pays for and influences what is written about in the media.  Media leaders in Africa need to craft new models and reinvent themselves to maintain their relevance in a market where direct channels exist and where their very existence is threatened

Q: What could be the best way to systematize media operations, to highlight positive achievements in the continent?

MM: We need investment in media. We need better trained journalists and storyteller, investment in infrastructure and resources to be able to cover soft and hard news, fact check and keep up with the digital pace.

Q: In what ways does your organization provide the necessary platform for a change in media reporting on Africa?

MM: We do research like our How African Media covers Africa report that reflects the problems facing media in Africa with data and evidence. We also do grant making to support projects and capacity building of media - and we are creating solutions like the story agency to find nuanced stories that reflect the dynamism rather than just the poverty, poor leadership, corruption, conflict and disease that we are so used to hearing about Africa.

Q: What keeps you personally motivated as a director of this new project?

MM: We are on a mission to make some impact into how the continent is perceived by the African and the rest of the world. We are a committed and passionate team who are blessed to be able to do this work by 8 amazing funders who have given up the opportunity to make some impact: Ford Foundation, Bloomberg, Andrew W. Mellon Foundation, Luminate, Open Society Foundation, Comic Relief, the Hilton Foundation and the British Council.

Q: Do you partner with related media organizations to realize the ultimate goals, at least, in the coming years?

MM: With the story agency we are planning, we will be partnering with African media organizations so they can use the content we produce under creative commons license.  We can't do this alone, no one can shift narratives of a whole continent entrenched over years. We need partnerships.

About the Author: Kester Kenn Klomegah frequently writes about Russia, Africa and BRICS.

This article has been read 209 times
COMMENTS