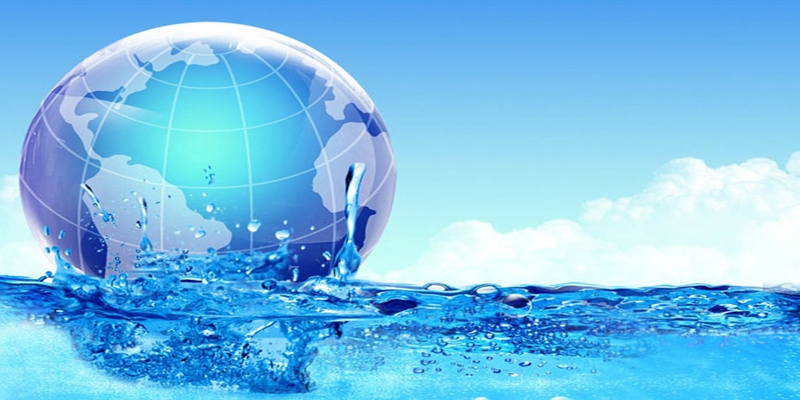 -Demand for food imports has increased significantly on the African continent in recent years due to a variety of factors, including population growth, climate change, logistical inefficiencies, rising incomes and dietary changes.

-With the right inputs, the productivity gap can be bridged, including the adoption of irrigation systems for local farmers. Currently, only about 5% of the 183 million hectares of cultivated land in SSA benefits from some type of agricultural water management.

Agriculture is an important contributor to Ghana’s economy and employs more than 40% of the population. The majority of Ghana’s population lives in rural and peri-urban areas, with farming done by smallholders who make up about 90 % of Ghana’s agriculture sector. According to Ghana’s Ministry of Food and Agriculture, about 2.74 million households either operate small farms (most of them less than 2 hectares) or keep livestock. Cultivable land is still abundant, as only 38.9 % of total agricultural land area is currently cultivated. Yet productivity of existing farmland is generally low and uncertain because of prevailing traditional farming systems and dependence on rainfall.

Most of Ghana’s agriculture is rain-fed, which limits the cycle of production. Although Ghana does not lack water resources, illegal small-scale gold mining threatens many of the water bodies that are used in agriculture.

The Government of Ghana recently launched the “One Village, One Dam” project to provide year-round availability of water for smallholder farmers in communities particularly in the five northern regions. According to the program managers, a total of 570 sites were identified for the construction and rehabilitation of small dams and dugouts. The project, which was conceptualized in 2016, had seen the completion of 437 dams by July 2020.

According to the Food and Agriculture Organization of the United Nations, more than half of the land suitable for agricultural production in Ghana is not being cultivated. Further, out of 1.9 million hectares of potential irrigable land, only 1.6% (31,000 hectares) is under fully controlled irrigation.

According to Ghana’s Ministry of Food and Agriculture, there are 22 irrigation projects throughout the country constructed by the Ghana Irrigation Development Authority, covering a total of 6,505 hectares. Each of these projects is less than 1,000 hectares in size, except two irrigation projects, which have about 2,500 hectares developed.

Irrigation development offers an opportunity for greater food security and the development of agriculture from subsistence to commercial grade.

We see opportunities in the following areas:

Kenya is water scarce country with an uneven distribution of available water and variable rainfall that results in frequent droughts and floods.  Kenya’s population is expected to double by 2050 per current growth estimates , which creates an imperative to better utilize the country’s scarce water resources.  Chances of drought in Kenya stand at about 40% each year, while just 3% of the arable land uses irrigation systems, leaving the remaining areas reliant on increasingly unpredictable rainfall.

Smallholder farmers produce the majority (78%) of Kenya’s food, but existing efforts towards irrigation focus on large-scale demonstration farms.  Some large-scale farms are adopting new agriculture methods such minimum mechanical solid disturbance; controlled traffic farming; and GPS-based precision technology.  Given this, water technology solutions may be attractive to these farms, which produce tea, coffee, fruit, flowers, and livestock.  The Government of Kenya also is focused on promoting water solutions.

Kenya’s government aims to achieve 1.2 million irrigated acres by 2022, and with a 2020 budget allocation of $35 million for “expanded community household irrigation,” the government is prioritizing securing the water supply for farmers. The Agricultural Sector Growth and Transformation Strategy 2019-2029 and the current government’s Big Four Agenda, which focuses on 100% food and nutrition security, presents an opportunity for U.S. agribusinesses to provide water solutions.  Moreover, as a result of government-led initiatives, (such as reserving 700,000 acres for Public-Private-Partnerships (PPP)), Kenya has witnessed the formation of working groups (AISWAG) to provide coordination for irrigated agriculture and there is legislation in place to stimulate water harvesting across the country to provide opportunities such as:

-Offering expertise in implementation of the water harvesting techniques

-In conjunction with AISWAGs, establishing an effective supply chain for selling irrigation equipment and conveying information to agricultural producers

-Offering modern water supply technology to large farms as well as the government, which in turn will be provided to additional agricultural producers.

Government commitments coupled with institutional investor funds means an interest in irrigation systems and other water-efficient technologies is emerging in Kenya and presents new opportunities for U.S. companies in this market.

In 2018, the agriculture sector contributed to 24% of Gross Domestic Product and provided a means of income to more than 70% of the population. The World Bank estimates that agriculture’s sector growth rate fell from 3.2 % in 2018 to 1.2 % in 2019, reflecting the impact of cyclones IDAI and Kenneth as well as political insurgencies in the enter and north of the country. Despite, this recent anemic growth, the agribusiness sector holds great potential because of Mozambique’s unused arable land, amounting to 36 million hectares, as well as favorable agro-ecological conditions. Furthermore, Mozambique’s promising mining and gas sectors along with increased urbanization and a growing middle-class fuel demand for local agricultural produce.

Mozambique’s vast coastline along the Indian Ocean facilitates access to water. Although southern coastal areas have low water levels and extensive swamps, which increases the chance of severe flooding, the center and north benefit from drainage by several rivers and lakes, including Zambezi, Cahora Bassa, Niassa and Chiuta.

Under the U.S. – Mozambique Memorandum of Understanding signed in 2019, the two countries agreed to cooperate in the development of sustainable irrigation facilities and related infrastructure, including construction of water reservoirs for agricultural development. Both countries are counting on the participation of U.S. companies to lead the development and implementation of the distinguished projects.

The use of irrigation systems is growing in its importance within the Nigerian agricultural sector.  This development comes as the country renews its focus on domestic food production in order to create employment, generate revenue and provide raw material for local manufacturers.  According to the Chief Economic Adviser to Nigeria’s President, the country spent more than $6 billion on food imports for the first nine months of 2019, representing about one-fifth of the national budget.  To address this unsustainable trend, the government has imposed strict foreign exchange restrictions on food imports with the aim of boosting local agricultural production.  Agriculture currently employs over 50 % of the population (most being subsistence farmers) and contributed 21.9% of the GDP in 2019.  The national campaign on agricultural revolution promotes pro-agribusiness policies and is helping to attract a growing number of investments in farm modernization and commercialization.  These investments create opportunities for irrigation technologies and services.  A Food and Agriculture Organization (FAO) report indicates that irrigation potential estimates in Nigeria range from 1.5 million to 3.2 million hectares.

Nigeria has significant water resources, estimated at 214 billion cubic meters of surface water and 87 billion cubic meters of groundwater. Nevertheless, the country still faces the challenge of managing and utilizing its endowments for both domestic and agricultural uses.  Only 1% of farmlands are irrigated, leaving farmers to continue depending on rain-fed conditions, a practice that is inconsistent with the government’s food security goals.  Therefore, in the past two years, the Ministry of Water Resources has undertaken the construction or rehabilitation of many water-related projects, including irrigation; drainage systems; river basin development; and dams and reservoirs to improve water supply and availability for electricity generation and agriculture.  In addition to expanding irrigation projects, the Ministry of Agriculture plans to develop land reclamation programs for irrigation purposes using drainage techniques suitable and beneficial for deltaic ecosystems.  In 2019, the federal government purchased nine irrigation systems for deployment in two states in the Sahel region of northern Nigeria and plans to procure more to support farmers in other regions.  Several state governments also intend to buy or hire irrigation technologies for farmers in their regions.

The Ministry of Agriculture (at both federal and state levels) as well as big private commercial farms mostly use central pivot irrigation because of its suitability for large-scale farming and the flat landscape of the northern region, where much of the country’s food is produced.  The drip system is very common with small-scale vegetable, orchard, and palm plantation farms.  The United States controls nearly 90% of the center pivot irrigation equipment market, while India and Israel dominate the market for drip irrigation.

South Africa is a water-scarce country with rainfall distributed unevenly throughout the landscape, inconveniently away from the centers of mining and industry, and tied to seasonal cycles that cause repeated swings from feast to famine between floods and droughts. Lack of availability of fresh water is one of the major limiting factors in South Africa’s development.

Irrigation supports 25% to 30% of national agricultural production in South Africa. Although irrigated agriculture uses 62% of the available water resources, the importance of this sector for the economy and food security is undisputed.

Reducing hectares under irrigation is therefore not the answer to water shortages. What is needed is more efficient use of available water. To this end, innovations in the field have included low-flow drip irrigation, draglines and micro sprinklers - all of which have succeeded at growing crops optimally while using less water.
Agriculture:

South Africa’s agricultural sector is one of the world’s most diverse, consisting of corporate and private intensive and extensive crop farming systems, including vegetable, fruit, nut, and grain production. The well-developed commercial farming in South Africa is the backbone of the country’s agricultural economy.
South African climate ranges from subtropical to Mediterranean, allowing for a multitude of farming opportunities. The country’s biodiversity ensures that products such as grains, fruit and wine are exported and preferred for their exceptional quality.

New and emerging technologies or solutions in irrigation can be grouped into three main categories:

Agriculture is a critical economic sector for Tanzania, representing 28.7% of the country’s Gross Domestic Product (GDP) and about 70% of the productive workforce.  Moreover, it is the country’s main source of food, industrial raw materials and foreign exchange earnings.

Since Tanzania is endowed with a diversity of climatic and geographical zones, and farmers grow a wide variety of annual and permanent crops.  This includes food and cash crops, as well as fruits, vegetables and spices.

However, although agriculture plays a significant role in the national economy, its production and productivity are low because it depends on rainfall, which is seasonally erratic, unreliable and not uniformly distributed.  Only 5% of Tanzania’s arable land uses irrigation, and because of insufficient availability of water for crop production, the country continues to experience frequent food shortages.

In response to the challenges facing the agriculture sector, the government enacted the National Irrigation Policy (NIP) in 2010, which aims at embarking on irrigation development and encouraging improved irrigation practices. This is viewed as a means to mitigate the impacts of climate variability as well as an effective way to increase and stabilize crop productivity; minimize food shortages; and maximize export of cash crop and other products.

Large–scale irrigation schemes can assist farmers in mitigating crop failure and the effects of drought, and small–scale irrigation is seen as key to improving agricultural productivity and resilience of rural populations.

The government’s vision is to have a modern and productive agricultural sector by 2025 that utilizes natural resources in an overall sustainable manner and acts as an effective basis for inter-sectoral linkages. To actualize this, the National Irrigation Master Plan has identified potential areas for irrigation development as 29.4 million hectares. Tanzania is currently implementing and planning to implement a number of irrigation projects; $106.26 million is allocated to the development of small-scale irrigation systems; $183 million is allocated to the rehabilitation and modernization of irrigation schemes; and $50 million will fund large scale irrigation development.

This article has been read 270 times
COMMENTS