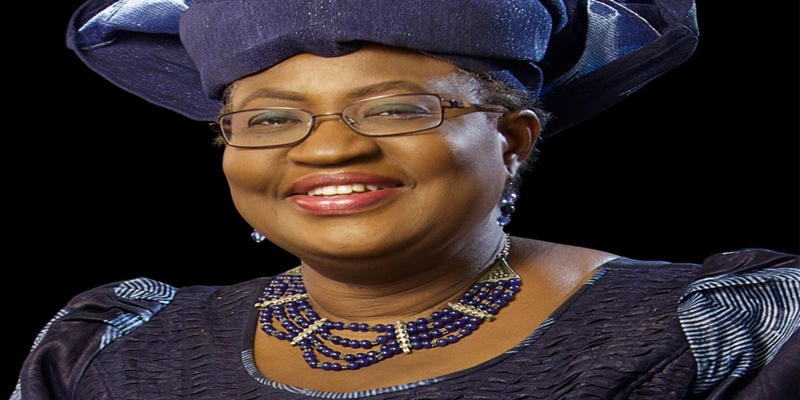 Her Excellency Dr. Ngozi Okonjo-Iweala was appointed as the next Director-General of the World Trade Organization (WTO) at the Special General Council Meeting on February 15 in Geneva. The race began in June 2020 with the announcement that Roberto Azevêdo, a Brazilian career diplomat, was stepping down from the position of Director-General ahead of the end of his term. Eight candidates, threw their hats in the selection process. Among the final shortlisted candidates, the significant number of regions, including the European Union, endorsed Dr. Ngozi-Okonjo Iweala, Nigeria's former Finance and Foreign Minister, as the next Director-General of the WTO.

Minister Kajiyama expressed confidence that the new Director-General would see to it that The WTO, tackles challenges that have emerged from the drastic changes in the economic and social environment globally, ensures access to medical supplies has become a major issue, ensures the digitalization in socio-economic activities is accelerating, accelerates the discussions on ensuring a level playing field by preventing government market distorting measures, and  improves the dispute settlement mechanism towards restoring the functioning of the Appellate Body.

I am happy for Ngozi Okonjo-Iweala’s acquisition of another glorified desk job. When Emeka Anyaoku was Commonwealth Secretary General, Nigeria was kicked. Mr. Anyaoku couldn't prevent that. Why? Mr. Anyaoku does not control or own the Commonwealth. He was merely an administrative headmaster. Rilwanu Lukman was OPEC Secretary General. Cardinal Francis Arinze was the first and only Nigerian to join Papal Leadership. With all that, how come Nigeria, the most populous black nation, is still a backward country?

Africans jump up and down about individuals but build no institutions. Institutions enhance the common good for greater good while individuals fade over time. Black folks celebrate when one is CEO of a major corporation or is drafted by the major sports organizations. But they do not own the institutions that control the staff or players. The referee is more powerful than the players and no referee is ever kicked out in a game. But a player can be kicked out. It is good to strive to be a referee, not a Player. Chew on that.

After Nigeria’s debt was allegedly forgiven by Ngozi Okonjo-Iweala during OBJ’s second term (2003-2007), did the Naira appreciate in value or stabilize? No. President Olusegun Obasanjo (OBJ) was so displeased with her that she was moved to the Foreign Minister docket and she left. Jonathan brought her back but this did nothing to improve the country’s economy except the feel-good notion that Nigeria is the biggest economy in Africa. Indeed, it is, given the population but there is no recapture of revenue as a result since the selling of oil still accounts for more than 75% of the federal government’s revenue.

Africans do not understand what side of their bread is better buttered. AGOA is that side of the bread because the Act significantly enhances market access to the US for qualifying sub-Saharan countries. The two operative words ACCESS and QUALIFYING mean that to gain in the world's biggest market, sub-Saharan countries must qualify. Trade is hardly open to “come one come all."  It is a tool that developed nations use to cower weak nations. Trade development or trade improvement is about institutions but not individuals. African nations have difficulty qualifying for opportunities open to them hence they settle for individual accomplishments.

AGOA will expire in 2025 if Congress will not renew it.  The most interesting thing to note is that apart from extractive industries, the US has little interest to trade with Africa.

Here are some compelling reasons.

(1) Agricultural products and produce. This sector is huge because food as one of the basic needs of human beings is sought after. But food security is a major concern. Africa lags in food security because of chain of custody needed on food processing. As a result, the amount of food from Africa to US, is limited and the quantity of mainly staple items that immigrants order from their native land is insignificant in the scheme of trade volume.

(2) Manufactured goods. No doubt Made in Africa or Made in Nigeria has light years ahead before it makes a wave in the US. The quality is awful and visual effects horrible. Americans are visual people, the goods they purchase must meet certain quality before they make a buy. Quality control is not a forte nor strong suit of Africans.

(3) Clothing and accessories. The clothing industry is huge almost next to food. The fabric Africans wear or use does not have cross appeal to many Americans. The colors and style just don't appeal. Only limited number of native Africans buy such in America. African fashion is more ceremonial than functional therefore, it is limited to who wants them.

With the above lies opportunity in wait that if concentrated effort is applied, could lead to volume of trade due to AGOA, not WTO.

America offers the biggest opportunity for Africa because no other country in the world has a resident black population as US. The annual black consumption is about $1.5Tr. If Africa can improve its production capacity with attendant quality enhancement, its volume of trade will improve because they will have access to the market. But as they are caught up celebrating "desk jobs" that produce no value in exchange while overlooking core issues, it amounts to abracadabra.

WTO cannot force nations to trade. They only look at trade issues but do not create trade. For instance, US trading with Nigeria will achieve maximum output if US decides to give Nigeria FTA - Fee Trade Agreement which is good for 10 years and renewable. To gain FTA, Congress must approve. The President of the United States of America cannot singlehandedly award such. WTO has no hand in such.

WTO cannot tell country A to trade with country B. So Africans should lower the expectations that they have in Ngozi Okonjo-Iweala’s appointment.

This article has been read 483 times
COMMENTS