The Future of Farming…Will Zimbabweans Benefit? 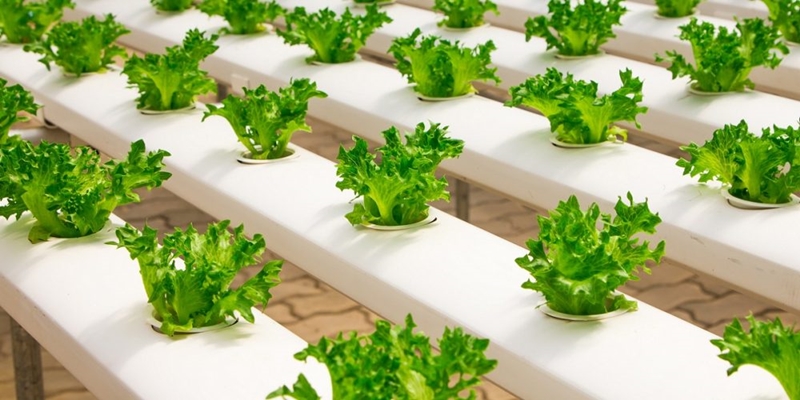 Next to hunting, agriculture is the oldest industry known to man, and is certainly no stranger to technological change.

For instance, the industrial revolutions of the 19th and 20th  centuries replaced hand-held tools and horse-drawn ploughs with fuel-driven machines and chemical fertilisers.

Today, farmers have been working together with engineers to create precision agriculture and the ‘smart farm’ — a technological solution to boost agro-production to feed the world’s growing population.

Notwithstanding the COVID-19 pandemic sweeping across the world, there are more people alive on earth today than ever before; the number is growing and projected to reach 9,7 billion by 2050, according to the UN.

This brings with it many challenges, chief among them being food security and its production.

The UN’s Food and Agriculture Organization (FAO) predicts that food production needs to be boosted worldwide by at least 70 percent over the next several decades in order to feed the anticipated population of 2050.

To address the issues of population growth, food security, climate change, labour and other issues have resulted in a great interest in technology.

Today, we are witnessing another essential change in agriculture, thanks to a new industrial revolution and the technologies of Industry 4.0.

What is a ‘Smart Farm’ and can Zimbabwe adapt to it and benefit?

Smart farming is a farming management concept using modern technology to increase the quantity and quality of agricultural products.

Smart farming and precision agriculture involve the integration of advanced technologies into existing farming practices in order to increase production efficiency and the quality of agricultural products.

Almost every part of farming today can benefit from these new technological advancements; from planting and watering to crop health and harvesting.

Most of the current and impending agricultural technologies fall into three categories that are expected to become the ‘pillars’ of smart farming, viz, autonomous robots, drones or UAVs and sensors as well as the Internet of Things (IoT), which has become a catch-all term for the idea of having computers, machines, equipment and devices of all types connected to each other, exchanging data and communicating in ways that enable one to operate as a ‘smart’ system.

The IoT technologies are already in use in many ways, such as smart home devices and digital assistants, smart factories and smart medical devices.

Smart farms will have sensors fixed throughout every stage of the farming process, and on every piece of equipment.

Sensors set up across the fields will collect data on light levels, soil conditions, irrigation, air quality and weather.

That data will go back to the farmer, or directly to ‘AgBots’ (agri-robots) in the field.

These teams of robots will traverse the fields and work autonomously to respond to the needs of crops, and perform weeding, watering, pruning and harvesting functions guided by their own collection of sensors, navigation and accrued crop data.

As most farmers know, most aspects of farming are exceptionally labour-intensive, repetitive and standardised tasks.

Replacing human farm labour with automation in agriculture (already a growing trend across multiple industries worldwide) is an ideal niche for robotics and automation.

AgBots on farms are already performing tasks ranging from planting and watering, to harvesting and sorting.

Eventually, this new wave of smart equipment will make it possible to produce more and higher quality food with less manpower.

Sowing seeds, once a labourious manual process, has been improved with the modern agriculture seeding machines that can cover more ground much faster than humans who often use a ‘scatter method’ to sow seeds, which can be inaccurate and wasteful when seeds fall outside of the optimal location.

Effective seeding requires control over two important variables – planting seeds at the correct depth and spacing plants at the appropriate distance apart to allow for optimal growth.  Thus, precision seeding equipment is designed to maximise these variables every time.

After sowing, seeds need to be watered.

Here, Subsurface Drip Irrigation (SDI) is already a widespread irrigation method that allows farmers to control when and how much water their crops receive.

By pairing Subsurface Drip Irrigation systems with increasingly sophisticated IoT-enabled sensors to continuously monitor moisture levels and plant health, farmers will be able to intervene only when necessary; allowing the system to operate autonomously.

As farmers and farming move into the future, existing precision seeders will come together with autonomous tractors and IoT-enabled systems that feed information back to the farmer.

An entire field could be planted with only a single human monitoring the process over a video feed or digital control dashboard on a computer or tablet, while multiple machines roll across the field.

Combining geo-mapping and sensor data detailing soil quality, density, moisture and nutrient levels takes a lot of the guesswork out of the seeding process.

Seeds have the best chance to sprout and grow and the overall crop will have a greater harvest.

As autonomy-driven technologies advance, tractors, the heart of a farm, are expected to become some of the earliest machines to be converted.

Autonomous tractors will become more capable and self-sufficient over time, especially with the inclusion of additional cameras and machine vision systems, GPS for navigation, IoT connectivity to enable remote monitoring and operation and radar and LiDAR for object detection and avoidance.

According to a company that specialises in farm equipment (CNH Industrial), that previewed a concept autonomous tractor in 2016, “In the future, these concept tractors will be able to use ‘big data’ such as real-time weather satellite information to automatically make the best use of ideal conditions, independent of human input, and regardless of the time of day.”

Though, in the early stages, human effort will still be required to set up field and boundary maps, programme the best field paths using path planning software and decide other operating conditions, humans will also be required for regular repair and maintenance work.

All of these technological advancements will, nevertheless, significantly diminish the need for humans to actively control these machines.

The author is Zimbabwean Socio-Economic analyst and scholar. He is currently conducting Veterinary Epidemiology, Agronomy and Food Security and Agro-economic research in Zimbabwe and Southern Africa. He holds a PhD and a DBA (Doctorate in Business Administration) in Post-Colonial Heritage Studies. E-mail tonym.MONDA@gmail.com

This article has been read 276 times
COMMENTS