Valentine’s Day Romance — Where Do Your Roses Come From? 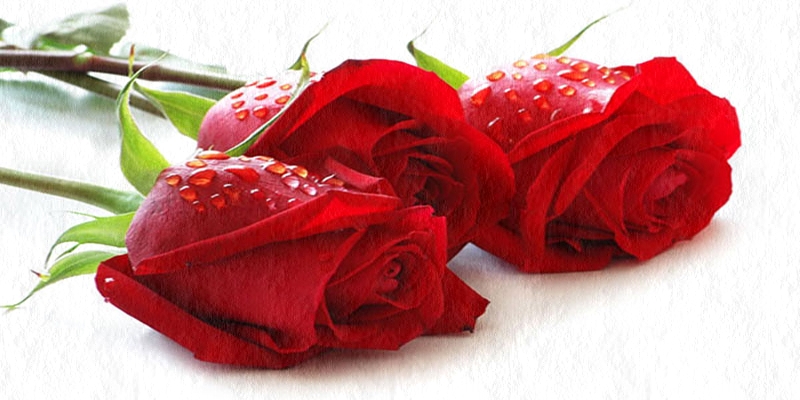 I am not the Valentine’s Day celebrating type. I never went out for dinner, gave or received gifts like chocolate or flowers on this day (you are fully entitled to call me boring). I know millions around the world do. Nothing wrong with it. I think celebrating love any day of a year is plausible.

But have you asked yourself where some of these flowers come from? For the purpose of this article, I will mention one of those countries that has invested years and millions to become a major force in global horticulture in the past two decades — Ethiopia.

The Ethiopian flower industry, when it emerged in the late 1990s, represented an extraordinarily fast and successful diversification into a non-traditional export product. Despite being a late-comer, Ethiopia became the second largest flower exporter of Africa (after Kenya).

Tropical high-altitude climate that provides year-round natural light, cheap transportation costs, land farms being available at affordable price, government also offering attractive incentives for investors (for example, a five-year corporate tax exemption for inputs, import duties were scrapped and investors were also given access to financing from banks), better investment climate coupled with the hard working citizens of the country and their commitment to strengthen their country’s financial standing.

Between the late 1990s and 2015, the industry created 100,000 new local jobs. 70% of these workers were female, which was a silent but powerful move to empowering women from within. The flower industry hence was playing a major role in helping the country to become more dependent on trade and less on aid.

The market has been growing steadily, aided by the fact that the country also operates a world renowned airline industry. In 2016 alone, Ethiopia generated $275.45 million, a 10.7 percent increase from 2015. Ethiopia has exported $400 million worth of horticulture goods during the first nine months of the 2019 budget year began on July 8, 2019.

The majority of the 130 companies investing in fields of horticulture in Ethiopia are owned by foreigners. Europe is the key destination for Ethiopia’s horticulture products, taking 80% share of the export, followed by North America. The biggest buyers of cut flowers are the EU and the US.

Fast forward to February 14, 2021, as the world celebrates love, Ethiopians are struggling for their last breath. Over 57, 000 Ethiopians are made refugees by the government in less than 4 months. Women and little girls are being raped violently, a state that houses 6 million plus civilians is turned into a giant prison, man-made hunger is imposed to force an entire ethnic group into submission & full blown war-crimes are happening in the dark.

Political prisoners, who were detained with absolutely no legal procedure for over 8 months are on their 17th day hunger strike. Given the pandemic, it is easy to guess what can possibly happen to these prisoners if they were to contract COVID-19 virus. These silenced politicians have vast supporters and are loved by millions. Thousands are marching across the country to protest this inhumane treatment of their leaders.

The government has decided to hide these atrocities from its own people and the world at large. You will find the Nobel Peace Prize recipient Prime Minister Abiy Ahmed of Ethiopia, discussing pretty things like roses and parks rather than addressing these war crimes or answering to them. If you follow Ethiopian state released statements, media coverage, social media accounts of it’s officials, the world may be led to believe a “utopia like Ethiopia” is in the making.

The government of Abiy Ahmed Ali hires expensive PR firms to help with it’s image. It first hired a lobbying firm last summer. The contract with Barnes & Thornburg was for $130,000 but only lasted from June 30 to September 30. On February 1, 2021, it hired Venable, a Washington, DC based firm for $35,000-per-month (perhaps being paid by an income generated by the sale of flowers). The new contract is for initial three months but can be extended. This expensive payouts to buy a good image, will help keep the world in the dark of what is really happening in Ethiopia.

On this Valentine’s Day, war, death, rape, prisoners, refugees, lobbying, etc is probably the last thing you want to think about. It is a day of love not war. You would like to enjoy this day with your partner, parents, children, friends and neighbors.

But do you know that as you receive these roses sent to you with love by people you have never met, you can send love back to them? These people cannot afford to hire a PR firm to get their voice heard, but they have good people like you to speak up for them for free. Love -your voices- is more powerful than money. You can show your love by speaking up for the people of Tigray who are being punished in the dark for the last 100 days. You can send your love by advocating for prisoners who may not see the light of day tomorrow if their continued hunger-strike is not addressed immediately.

For the first time in my life, I went ahead and bought a rose this year. I dedicate it to all the mothers who lost their sons, to all the women and little girls who were raped, the children who are starving, and the prisoners anguishing in the dark. I have received love from over 3,000 miles away and I am sending it back to them with this article — for free.

This article has been read 317 times
COMMENTS