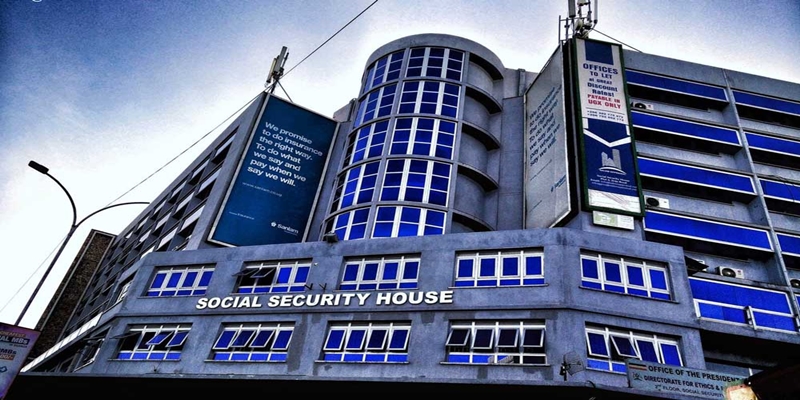 After two years of back and forth, legislative rancour, bevy of consultations and a mix of COVID-19 that ripened urgency for workers protections - and continues to upstage fortunes of workers; finally, Parliament of Uganda passed the National Social Security Fund (NSSF) Amendment bill of 2019 on February 17th, 2021.

The bill aimed to cure defects of NSSF Act of 1985 regarding coverage, benefits, expansion and management of the Fund. The Country is optimistic that His Excellency President Yoweri Museveni, will in execution of powers granted by the Constitution (Article 91(2), move and accordingly assent.

The presidential assent will mean that amendments with significant relevance to livelihoods of workers – specifically those that provide mid-term access will come into effect. Pointedly, section 24A that grants mid-term access of 20% to voluntary contributors, members who have attained 45 years and above, and members who have contributed to the Fund for 10 years and above. Even more thoughtful was the passage of provision for access of persons with disabilities, where a member with disability who ceases to be employed for a period of not less than one year may withdraw 75% of his or her accrued benefits.

Whereas, among others, the above amendments are a significant move in the right direction – in essence expanding rights of workers, I continue to believe that Ugandans should not relent in demanding that needle moving  and transformative legislative actions that ensure full benefits to members of the Fund in particular – and  workers and citizens of Uganda in general be enacted and implemented.

It is therefore important for citizenry to remain focussed on nudging NSSF and broader Pension and Social Security sector to full reform. On the 18 of May 2020, The Agency for Transformation and myself petitioned the Constitutional Court regarding sections of NSSF Act that we continue to believe to be in violation of chapter 4 of Uganda’s Constitution and therefore violating rights of its members. The commendable progress made by Parliament in regard to the stated amendments is only progress. More and key issues central to workers’ rights and broader social security for Ugandans as argued in our public interest petition remain clear and present.

We believe that a solid reform must embed the hereunder provisions;

a)  A provision of emergency access benefits (20%) to all National Social Security Fund (NSSF) members to cushion and propel them out of any economic distress like the current Covid -19 Pandemic or any other pandemic or crisis by whatever name called as long as such a crisis warrants a lockdown sanctioned by government.

b) A provision that the contributing members of the National Social Security Fund (NSSF) have perpetual and non-extinguishable interests in the fund’s investments and are thus entitled to return on investment even after a member has received their statutory lump sum.

c) A provision that a member’s account with NSSF is property capable of being inherited by the beneficiaries of the estate of the members in case of death.

d) A provision that all members of NSSF Board shall be appointed through an Annual General Assembly of NSSF members/subscribers by majority vote.

e) A provision that Annual General Assembly of NSSF members/subscribers by majority vote approve the financial reports and investments of the fund.

f) A provision breaking the monopoly of NSSF as a mandatory saving scheme to allow members choice to mandatorily save with any other Social Security scheme regulated by Government in accordance with 1995 Constitution of the Republic of Uganda.

g) A provision that NSSF establishes a Workers’ Bank to do profitable business and also provide subsidized financing for members’ businesses and mortgage.

This is why, we remain in Court and we expect hearing on this public interest petition to continue on the 25th of February 2021.

Chief Executive Officer, Agency for Transformation, a think tank based in Kampala. mrwakakamba@gmail.com

This article has been read 538 times
COMMENTS