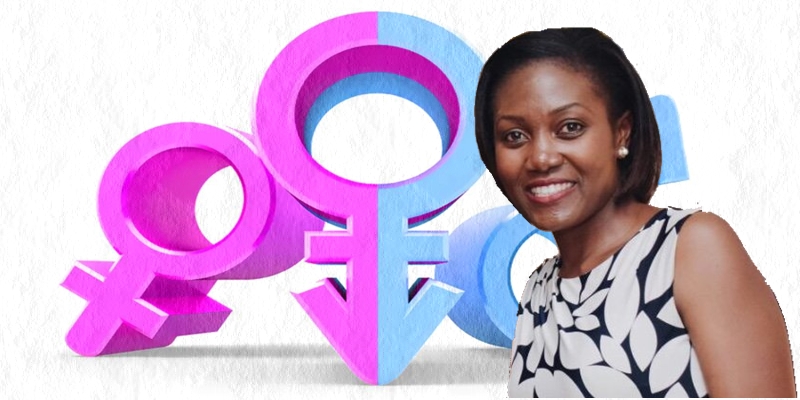 For over two decades, the Centre for Rights Education and Awareness (CREAW) has been fighting for gender equality, empowerment of women and improvement of women’s rights in Kenya and broadly in East Africa.

Established in 1999, CREAW has used bold, innovative and holistic interventions for the realization of women’s rights. Most of its programs have focused on challenging practices that undermine equity, equality and constitutionalism, promoting women’s participation in decision making and deepening the ideology and philosophy of women’s empowerment.

In this interview, Mercy Jelimo, an Executive Program Officer at the Nairobi-based Center for Rights, Education and Awareness (CREAW) discusses the current situation about gender issues, landmarked achievements, existing challenges and the way forward. Here are the interview excerpts:

In your estimation and from your research, how is the situation with gender inequality, specifically in Kenya, and generally in East Africa?

MJ: This survey was commissioned by our partners Women Deliver and Focus 2030 with over 17,000 respondents covering 17 countries on six continents. The survey findings indicated that over 60% of respondents believed that Gender Equality had progressed. However, on average 57% of respondents also felt that the fight for gender equality is not over particularly because we see key aspects of gender inequality persist including:  unequal distribution of unpaid care, domestic work and parental responsibilities between men and women (the COVID-19 pandemic has spotlighted the burden women bear as caregivers) different employment opportunities with religion and culture continuing to entrench discrimination against women.

Whereas in East Africa, the survey only covered Kenya, the results are shared across. In particular, the Kenyan respondents indicated that there has been notable progress in regards to Gender equality particularly when it comes to the legal and policy frameworks to guard against discrimination on whichever basis be it sex, religion, class or race.

Over the last quarter century, the country promulgated a new Constitution and a raft of subsidiary legislations and policies that are critical to Gender equality. Some of these laws include: the Sexual Offences Act 2006, the Children’s Act 2001, the Prohibition of Female Genital Mutilation Act 2011, the Marriage Act 2014, the Protection Against Domestic Violence Act 2015, the Victim Protection Act 2014, the Witness Protection Act 2008, the National Policy for Prevention and Response to Gender-Based Violence 2014, the National Guidelines on the Management of Sexual Violence 2015, the Multi-sector Standard Operating Procedures for Prevention and Response to Gender Based Violence, and the National Policy on the Eradication of Female Genital Mutilation (FGM) 2019.

Kenya has also ratified the Convention on the Elimination of All Forms of Discrimination against Women (CEDAW), the Convention on the Rights of the Child (CRC), the Protocol to the African Charter on Human and Peoples’ Rights on the Rights of Women in Africa (the Maputo Protocol), the African Charter on the Rights and Welfare of the Child, among other instruments. However, even with this robust legal framework, accountability and the implementation of these laws have lagged behind.

The status of women and girls as compared to men and boys still remains unequal at all levels of society both public and private. This imbalance manifests itself as normalized negative social norms and ‘cultural’ practices with brutal violations against women and girls continuing to be perpetrated, women being excluded from leadership and decision-making positions, limited in their political participation and women and girls being denied access to economic opportunities.

Undeniably, women and girls continue to be victims of sexual and gender-based violence (SGBV) including rape, domestic violence, Female Genital Mutilation (FGM) and child marriage. In fact, as of March 2020, according to statistics from Kenya’s Gender Violence Recovery Centre (GVRC), 45% of women and girls between the ages of 15 and 49 have experienced either physical or sexual violence with women with girls accounting for 90% of gender-based violence (SGBV) cases reported. Harmful practices such as FGM and child marriage are still prevalent, with the Kenya Demographic Health Survey (2014) reporting a national FGM prevalence rate of 21% for women and girls aged 15-49 years of age. The prevalence rate differs from one practicing community to the other, with communities such Somali (96%) Samburu (86%) and The Maasai (78%) having significantly higher prevalence.
Sadly, this is the story across all the other countries in East Africa where we have progressive legal and Policy framework but with zero accountability mechanisms. It is worth noting that in 2018, the East Africa Community Council of Ministers approved the EAC Gender policy which is key to ensuring that gender equality and empowerment of women are not only integrated into every aspect of its work but provides an outline of key priority areas for partner states. The EAC has also instituted other gender mainstreaming efforts including the EAC Social Development framework (2013), the EAC child policy (2016) the EAC Youth policy (2013), a Gender Mainstreaming Strategy for EAC Organs and Institutions, (2013) amongst others.

What research findings did you present in your January 28 report? Are there any similarities and differences about gender studies in other East Africa countries?

MJ: The key findings from Kenya generally paint a picture of the situation in the EAC region. Apparent Gender disparities in the region remain in a number of areas such as in political representation, access to education and training, access to quality and affordable healthcare, high unemployment rates of women, rampant sexual and gender-based violence, harmful cultural practices, inadequate financing for gender needs and programs.

Firstly, when asked about the status of Gender Equality, the majority of respondents identified Gender Equality as an important issue (96%) and that government should do more (invest) to promote gender equality.

Secondly, the role of religion and culture; how boys and girls are socialized and unequal representation were identified as obstacles to gender equality. This finding indicates the work that still remains to be done for Gender equality actors in Kenya and other partner states in the EAC. The most important step to achieving gender equality is dismantling systems and structures that promote and protect inequalities. whereas the country has made tremendous progress in having relevant legal and policy frameworks, there is still lack of implementation of these laws – this finding answers the why question– because institutions, people and structures are still very patriarchal. Furthermore, the lack of representation of women (also cited by Kenyan respondents as an obstacle) might explain the failures in implementation of the laws and policies.

Thirdly, the respondents identified corruption as the most important issue facing the country. This finding is also supported by the 2019 Global Corruption Barometer - Africa survey that showed that more than half of citizens in the continent think graft is getting worse and that governments were doing very little to curb the vice.  The impact that corruption has on service delivery cannot be overemphasized especially on public goods such as healthcare, education, water and sanitation. More specifically, is the resulting lack of public financing to programs and interventions that address gender needs & promote gender equality.

A recent Corruption Perception Index (CPI) Report by Transparency International indicated that all the countries in East Africa with the exception of Rwanda scored below the global average rate of 43 out of 100. More importantly is that the report noted that countries that perform well on the CPI have strong enforcement of campaign finance regulations as this correlates with the dismal performance of women in politics who often than not do not have the requisite political funding to mount effective political campaigns and outcompete their male counterparts.

What would you say about discrimination or representation of women in politics in the region? Do you feel that women are not strongly encouraged in this political sphere?

MJ: There has been significant progress when it comes to women’s political representation and participation with a majority of the countries in the EAC region adopting constitutional quotas and other remedies to promote representation. All the countries in the East Africa Community have achieved the 30% critical mass with the exception of Kenya (21%) and South Sudan (28%). More women occupy ministerial portfolios that were perceived to be the preserve of men such as defense, foreign affairs, manufacturing, trade, public service and so forth. Not to miss that the leading country globally – Rwanda is from the region (63%).

However, most institutions including parliaments are still male dominated and women in the region still face a number of challenges including violence against women in politics, religious and cultural beliefs and norms that limit women role, lack of support from political parties, lack of campaign financing and unregulated campaign financing environment with the progressive legal and policy frameworks yet to be fully implemented. These challenges continue to limit the representation and participation of women in public and political sphere. The region is yet to have a woman as a president just to illustrate the glass ceilings that remain.

What is the public’s opinion in the society there? Is the state or government committed to change this situation, most probably by enacting policies?

MJ: “Don’t tell me what you value. Show me your budget and I ‘ll tell you what you value” This quote by President Joe Biden aptly captures the state of affairs in the region in relation to gender equality. The countries in the region have continued to enact and reform legal and policy frameworks that largely remain unimplemented. Financial and accountability mechanisms to ensure that these programs and policies are actualized are lacking. We need to see a shift from lip service to prioritization and adequate resourcing of programs that advance gender equality.

What platforms exist to improve gender equality, end gender-based violence and for discuss forms of discrimination there? Should governments accelerate issues and progress on gender equality in East Africa?

MJ: As Deliver for Good Campaign partners in Kenya together with other gender equality advocates, the Sustainable Development Goals and Africa Agenda 2063 provide important blueprints to developing our society economically, socially and politically. The Deliver for Good campaign is an evidence-based advocacy that calls for better policies, programming and financial investments in girls and women. The Generation Equality Forum (GEF) is an important mobilization moment to ask governments and the private sector to accelerate progress in East Africa and globally. Specifically, we will be using this moment to call on governments, not only to make bigger and bolder commitments but also, to ensure that they match these commitments with financing and accountability mechanisms.

As the Deliver for Good Campaign partners in Kenya, we have a particular interest in one of the GEF Action Coalitions – Gender Based Violence – to leverage on the Kenyan government leadership and the political will to end traditional practices that are harmful to women and girls such as Female Genital Mutilation and Child Marriage. In line with the survey findings, we will be calling for: increased accountability for physical and sexual crimes against women; increased investment on prevention and protection programs while calling for inclusive efforts and programs that leave no woman behind in Kenya and East Africa.

By Kester Kenn Klomegah
The author is a versatile researcher and a passionate contributor, most of his well-resourced articles are reprinted elsewhere in a number of reputable foreign media.

This article has been read 371 times
COMMENTS