Africa and the Sovereign Debt Crisis 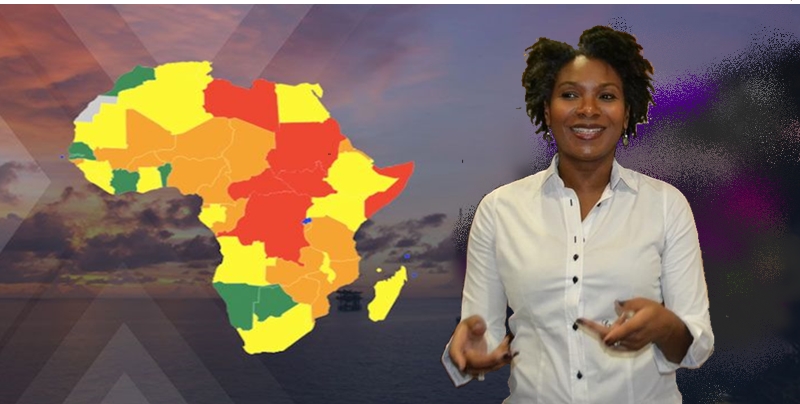 I am angry but Hopeful.

Even when citizens were facing significant threats to their lives, with many lives on the line, some government officials and politicians continued to pillage public resources. Clearly, for them nothing is sacred. From South Africa to Zimbabwe, to the UK and US, stories of personnel protective equipment (PPE) procurement corruption continue to dominate the news.

You might be wondering why I mentioned the UK or the US.

As of 3 March 2021, 2.8 Million COVID-19 cases had been reported across the African continent, with 72 000 confirmed deaths. We have been told that there is data suggesting that the statistics could be much higher given limited testing regime. Reports from South Africa point to excess deaths.

Even with the terrible loss of life, we can celebrate that despite under-developed healthcare systems, the COVID-19 pandemic has not caused even more loss of human lives on the African continent compared to mature countries like the UK, France or the US. The African continent has relatively done well. I am not an epidemiologist so I will not intend to assess what drove lower mortality rates in Africa.

Yet, the economic consequences of COVID-19 will cost lives.

Africa’s underdeveloped economic systems means that the economic turmoil faced by African countries will be severe and continue to cause human suffering. According to the World Bank, the pandemic is expected to push the continent into its first recession in 25 years. Moreover, more than 40 million people are expected to fall back into extreme poverty

The IMF estimated that the global economy contracted by 3.5% in 2020 as most countries imposed stringent lockdown measures and economic activity shrunk across the globe. There were both supply and demand shocks. Sectors like tourism continue to be impacted by pandemic containment measures. The measures had the worst impact on women, youth, the poor, the informally employed, and those who work in contact-intensive sectors. The measures were devastating to poor, developing countries with limited fiscal levers to respond.

Our region, Sub-Saharan Africa saw growth decline by 2.6% with larger economies like South Africa and Nigeria registering 7.5% and 3.2% contraction respectively. The COVID-19 shock to African economies arose because of several factors: (i) lower trade and investment from China in the immediate term; (ii) a demand slump associated with the lockdowns in the European Union and OECD countries; and (iii) a continental supply shock affecting domestic and intra-African trade.

Almost all countries implemented strong fiscal and monetary measures to support economic recovery. Some African countries however, like my country, Mozambique, lacked the fiscal space to stimulate their economies in face of a global economic crisis. The OECD estimated that, all other conditions remaining equal, if African countries were to implement the same immediate fiscal policy measures as the largest EU economies so far, Africa’s government debt-to-GDP ratio would increase from 57.6% (2019) to about 85%.

As such, African Finance Ministers called for an economic stimulus of $100 Billion in April 2020. Similarly, the G20 recognized that the COVID-19 pandemic had aggravated sovereign debt in some Sub-Saharan African countries. Experience in the past ten years has also shown that corruption means that even if $100 Billion is raised, the benefit to citizens might be minimal. Corruption often means that resources are wasted. Sometimes, such resources do not even reach our countries. This time civil society groups must insist on full transparency. Not only on the budget summaries but also on the procurement decisions.

As of today, more than thirty-five African countries have sought international funding worth $16 Billion from the IMF to deal with COVID-19 related challenges. More than twenty African countries have applied for debt suspension under the G20 Debt Service Suspension Initiative (DSSI). Under DSSI, African countries deferred debt service payments by a period of six months, initially to December 2020. Since then, the period has been extended to June 2021 for qualifying countries. This is because the G20 recognised that African countries needed all the support to respond to the COVID-19 crisis. It is important to note that the DSSI was merely a postponement, and not cancellation of debt. The November 2020 G20 Finance Ministers had decided that debt treatment will need to be implemented for some countries under the Common Framework.

Yet, the sovereign debt crisis has its genesis in pre-COVID-19 days.

When I served as coordinator of the non-governmental Mozambique’s Budget Monitoring Forum (FMO) we fought against the illegal $2.4 billion debt in Mozambique, South Africa, United States, United Kingdom and Switzerland. I had the impression that many people believed that the corruption and theft of billions of dollars belonging to the Mozambican people was a “victimless crime”.

Let me take a moment to share the battle that FMO, a Mozambican based coalition of Non-profit Organisations, (NPOs), embarked on to hold our political elite, parliament and international bankers accountable. In 2015, when reviewing the state budget, our battle began – when we discovered in the budget documents previously undisclosed loans of over $2 Billion dollars.

The loans had been obtained by three fraudulent companies, Proindicus, Ematum (Mozambique Tuna Company), and MAM, (Mozambique Asset Management), from Credit Suisse and the Russian bank VTB in 2013 and 2014. The Mozambican government, then led by President Guebuza, guaranteed the loans, in violation of the country’s constitution and the budget law. The then Minister of Finance, Manuel Chang had signed the guarantees.

We instructed our lawyers to challenge the legality of those loans as they were not signed and disclosed in line with our constitution. The constitutional council through Judgment No 5/CC/2019 awarded in favour of FMO and declared that the loans needed parliamentary approval. This victory was an important foundation from which we could build our international campaign against the illegal debts. For me, this is the Mozambique Principle, the idea that hidden debt should be unenforceable since it is procured without full disclosure. Establishing Principle was not enough.

After the judicial victory vindicating this Mozambique Principle that Hidden Debt is Unenforceable because the underlying contracts are void, we implemented our multi-pronged advocacy campaign. With the following objectives:

1.Campaigning to ensure that corrupt Mozambican officials are held accountable in domestic courts for the illegal debt. Today, there are 10 people remain in prison awaiting trial;

2.Contributing to the international efforts to hold international bankers and beneficiaries accountable for their roles in the illegal debts;

3.Cancellation of the illegal debts. This would essentially mean that the contracts are void;

4.Establish international coalitions to pursue changes in the global governance system and ensure that international banks and investors, who knowingly contribute to corruption are held accountable.

The journey was long and complicated with many lessons. Our approach involved briefing lawyers and supporters in more than four countries.

In the period leading to January 2019, we saw arrests across three continents. Three former Credit Suisse bankers were arrested in London on US charges of alleged involvement in the fraud. A senior executive from the shipbuilder Privinvest Group, Jean Boustani, was also arrested in the US.

In December 2018, the former Mozambican finance Minister, Manuel Chang, was arrested in SA at the request of the government of the United States, where he faces charges related to alleged involvement in a $2.4bn debt scandal. The Mozambican Authorities wanted Chang to be returned to Maputo and not sent to United States. There we also had to implement a legal and moral campaign. Our approach included presenting evidence.

We told the South African courts that Manuel Chang enjoyed diplomatic immunity in Mozambique and therefore would not be held accountable. Working with international partners, we mounted a significant legal challenge which resulted in the former Minister being arrested for more than two years. This was unprecedented in our region. Never before had a former Minister of Finance been arrested for his role in a global corruption scandal.

Our campaign moved to public advocacy against Credit Suisse and others responsible for the debt. We flew to Europe, and after addressing the UK’s members of parliament (MPs), addressed the Credit Suisse’s annual general meeting (AGM) on our fight. We engaged with the credit Suisse global executives and they expressed their sympathy and argued that they had not known. That they were victims of employee fraud. Here there are useful lessons too.

In the UK and Switzerland, we used domestic laws, and regulations to ask regulators to take action against the banks. Here too we learnt some powerful lessons, but also built strong partners with highest-level officials in the countries.

We continued our advocacy to the Paris Club, IMF, and the US Treasury. Unfortunately, our efforts did not always lead to legal victories. However, we believe that we have set a precedent where local NPOs can go all the way to international courts in fighting injustice.

In Mozambique, we had unexpected victories. We found officials in the justice cluster who were willing to do the right thing. We were surprised when we learnt that we have influenced Mozambican Authorities to legally challenge Credit Suisse and its former bankers in the London Courts. The matter is on trial at the moment.

Of course, Mr. Chang is still fighting his extradition to the United States. The key lesson for civil society is to build capacity and invest in solid technical skills and build partnerships across geographies. It’s important.

We also learnt the value of a comprehensive communications strategy. We were disappointed with how some well-meaning journalists wrote stories as if the fight was merely about big international capital and a recalcitrant government. In the US court, one judgment suggested that the jury failed to understand that corruption has a cost. How can multimillionaires who design schemes that directly result in millions being deprived of much needed resources not be guilty of crime?

As African Finance Ministers meet this week, and call for international resources, we Africa’s civil society leaders must remind them not to forget how corruption facilitated fiscal slippages in Africa, even during a pandemic. They must not fail to account to commit to putting in place and implement adequate financial management systems to ensure that every cent is accounted for.

I am angry but hopeful.

Sovereign debt dynamics in some countries and limited fiscal space will contribute to further reversal of decades of progress with human capital development. Our countries have failed their youths, women, and the most vulnerable.

I am angry because once again, almost 20 years since the Heavily Indebted Poor Countries (HIPC) initiative, that reduced debt thus freeing up resources for poverty reduction, African debt is again a concern in international development. You might recall that debt reached a low of 32% to GDP in 2008 thanks to the cancellation of external debt for 31 African countries in the HIPC programme.

However, I am also hopeful thanks to civic initiatives like the one gathering today. I believe that we have a future to work towards. The huge increase in public debt is partly related to the return of several African countries to international credit markets, African governments preference for Eurobonds, and to the diversification of lenders. Unlike in previous crisis, bilateral creditors under the Paris Club are no longer the largest source of funding to countries. As such, in many cases, there is opaqueness on how this debt is used in many countries.

Therefore, what can I offer as lessons from our experience:

We have an opportunity to build a new network of young, intellectually agile leadership who can continue to hold governments, private creditors, multilateral organisations and various other players accountable for corruption. We must demand that international institutions must use available levers to hold bankers, investors, and other private players accountable for corruption, and appropriately sanction them.

While I agree that international resource mobilisation is urgently needed, as civil society we must demand efficiency on how such funding is used, and understand what conditionalities are attached to the funding. We cannot let the current crisis set a foundation for long-term crisis in our continent. We must use this moment to demand accountability from our leaders.

This article has been read 657 times
COMMENTS