Covid-19 In the Light of Easter Easter 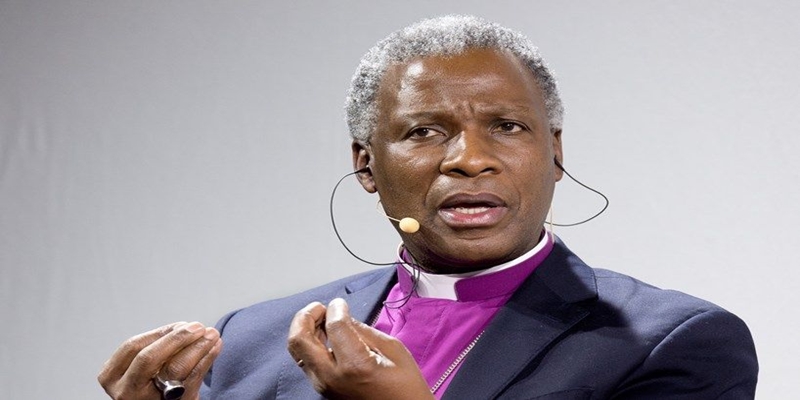 Mark (in Mark 16:1-8) is very deliberate in the way he frames the Easter narrative. He says, very poignantly, “early in the morning, the first day of the week, the sun had just risen.” He is clear that there is a definitive shift out of darkness, out of the shadows of the past week, a week characterised by betrayal, denials, death, the brutal display of state power, and the desire of religious authorities to destroy a force that was disruptive for them. Something new has dawned; the entrance to a tomb blocked by a stone is now a space filled with good news, delivered by an angel sitting on the right-hand side, the place of power and authority, assuring the women that the crucifixion was not the end of the story, that Jesus “is risen and gone before you.”

Note that the angel doesn’t send the women to Jerusalem, the site of political and religious power, but instead to Galilee, to the margins, the place in which Jesus’s ministry had brought transformation. It was in Galilee that a little girl was raised to life. It was in Galilee that the strength of the faith of believers was such that they made a hole in a roof through which to lower a sick man into Jesus’s presence. It was in Galilee that Jesus changed water into wine to spare embarrassment to a couple at a wedding. It was a place where those doomed to the margins of society, unnoticed by elites, were taken out of the shadows and transformed by Jesus. And the angel tells the women to go back to Galilee, where they will meet the Risen Lord, who continues to work miracles, to transform situations, to give voice to those on the margins and to bring the hope of Easter.

In many ways the past year has been a time of darkness. It has been gruelling, a year of grief and anxiety, a year of challenge and adaptation in which we have had to rethink the way we do things. The long months of lockdown have been hard for many, especially for the women and children who are victims of domestic and gender-based violence. Competition for resources has added to racial tensions. And the suffering continues for those impoverished by the lockdown, those who have lost jobs, whose businesses have been destroyed, whose dreams have been shattered. Even as humankind achieved new heights in a ground-breaking mission to Mars, the pandemic has forcefully reminded us that our human existence is conditional, impermanent and reliant on the infinite grace of the God we worship.

The stresses created by the pandemic have sadly sometimes brought out the worst in us. There are those who have stolen from the common purse, who have plumbed the depths of the scandalous corruption in our society, who have stolen the very breath of those struggling to breathe in intensive-care units. They have denied others, especially the poor, the means to cope with the effects of the pandemic. Their behaviour is all the more sad when we think back on how we hoped that by throwing us together to face a common crisis, the pandemic would make us rise to the occasion by creating a different future.

Across the world we spoke of different economic models, of systemic ways of caring, of respectful relationships and honouring difference. But with time we seem to have slipped into a business-as-usual approach where the few benefit and the many suffer. We stand accused of missing the moment and condemning our sisters and brothers, and the earth which nurtures us, to relentless injustice and human wrong. In our own country we see again how our democracy is being tested, how constitutionalism stands at the crossroads and how too many with power abuse it to their own selfish ends.

And yet – and yet, we recall again the good that we have seen emerge from this crisis, the sacrifices of frontline health workers, of those who ensure that we have food on our tables and keep our environment clean, of all who take great risks and with generosity of spirit have kept us going. Their dedication is perhaps epitomised best by those in hospitals and other institutions who have gone above and beyond their everyday duties, and have taken the trouble to hold up cellphones to enable those who are ill or dying to speak to members of their families.
Above all, we can celebrate the achievements of the world’s scientists, who have achieved the extraordinary feat of developing, in record time, vaccines to fight a pandemic which threatened to destroy us all. We owe much to our scientists, including the world-class researchers South Africa has brought to this task.

Now that we know science can beat Covid-19, we face the next big challenge: to live up to the highest ideals of our different faiths and moral codes, and to ensure that everyone, whether rich or poor, whether they live in Africa or in Europe, are vaccinated quickly. The scientists have done and continue to do their work splendidly; now it is for leaders in other fields, in government, in the pharmaceutical industry, in the transport business, to match the achievements of the scientists and to find ways of rolling out vaccines which ensure that the citizens of every country on earth receive their jabs at a similar rate.

Internationally, the prospects are looking bad. Vaccine nationalism has already taken hold. A quick check this week showed that while the United States had vaccinated 16 percent of its population, we had covered less than half a percent of ours, and many countries haven’t seen vaccines at all. As I told Dr Fauci in a recent letter, the voluntary vaccine supply mechanisms, such as COVAX, and the bi-lateral agreements used to procure vaccines across the world, are failing. And they are failing especially for the Global South, where we can with justification say that the poor of the world are suffering from vaccine apartheid.

President Cyril Ramaphosa’s announcement that agreements with pharmaceutical companies will bring us enough doses to vaccinate 41 million of our people, and that the most vulnerable among us will begin receiving our jabs in the middle of May, is welcome. But in view of the fragility of some of our health insfrastructure, the President will understand if I am sceptical of how quickly the roll-out will progress. Those covered by the private healthcare industry and on medical aids can feel more confident. But I am worried that, as is often the case, it is the poor and the marginalised who will suffer.

We know very well that there are large areas of our country where political corruption has poisoned public healthcare systems. We know that political leadership has been woefully lacking in the worst areas affected: shame on those who have left hospitals and clinics short of people, equipment and protection. I have read that on the current strategy it would take 18 years to vaccinate our entire present population! We cannot allow that to happen.
Make no mistake: we are a world-class country. Our medical scientists are world-class. Ten years ago, we built world-class soccer stadiums and ran a world-class World Cup. Distributing and administering vaccines is not rocket science: it’s just a matter of getting the logistics right. If humankind can send a spacecraft 470 million kilometres to Mars and gently drop a landing rover onto the planet’s surface, surely South Africans can come up with a co-ordinated plan to collaborate in getting vaccines quickly to every corner of our country?

It is time for the unheard, the unlistened to, the unnoticed and the young in South Africa to draw on the hope that Easter gives us, and to raise their voices. Insist that those who have power and resources, including government and business, come up with a clear, achievable, published timetable for getting everyone their vaccines.

My call today, to all people of faith, and those of no faith, is: we are never alone; let us renew our determination, let us remember our resilience, let us bemoan the corruption which brings death, let us weep for the 52,000 people who have died in the pandemic so far. But above all, let us challenge our government to be transparent and fair in the roll-out, for while vaccines will not do away with Covid-19, they will help us cope better with it. And let us take those vaccines as soon as they become available.

Let us also challenge vaccine nationalism - you can't put a flag on the vaccine and hope that the virus will not cross borders – and let us challenge the vaccine apartheid practised by those who play God and determine who is condemned to suffer and die on the cross of coronavirus. Let us fight against those with money and who are greedy, who put profits above human life, and who determine who can have access to a vaccine and who not.
Easter provides answers to the deepest questions of the human spirit. Easter provides a degree of certainty and answers to questions that have puzzled the probing minds of philosophers and theologians over the generations. This is the Easter message. It says that love is the most durable power in the world; that we will solve Covid; that we will get our families, friends and neighbours vaccinated. And through a devotion to equality and justice we will solve all our problems and challenges.

Easter says we can live with hope. Hope, says Denise Ackermann, is not a “blithe sense that all will end well (or alles sal regkom)”. Rather, to live out hope “is to try to make that which I hope for come about – sooner rather than later.” Every time we take action aimed at giving practical expression to our hopes, we join the journey to Galilee and we honour the command of the angel at the tomb to “Go and tell.” If we don’t take up this challenge the peddlers of fake news and false hopes will colonise people’s hearts with untruths that lengthen the time in the tomb.

Now is the moment for boldness, to retake those places where once death held sway and say “He is not here, He has gone before you.” Into all those places we must take our Easter anthems of alleluias because whatever else has occurred, the tomb is empty. Therein lies our ultimate hope.

This article has been read 504 times
COMMENTS