IMF’s Shock Therapy for Kenya and the Ghosts of Austerity 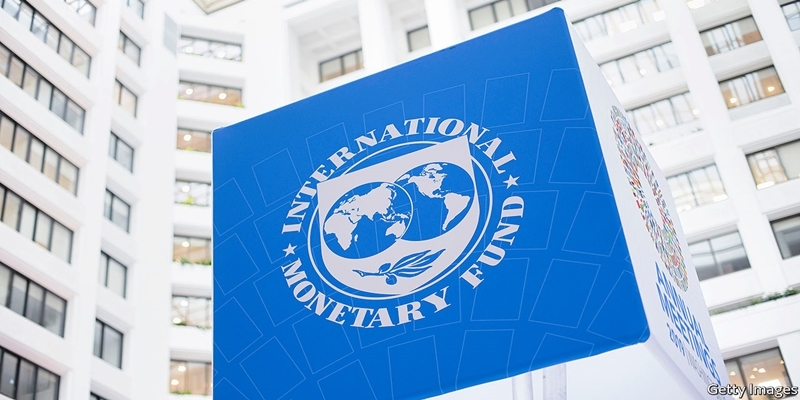 Kenya’s public sphere has been dominated with discussions about the fate of the economy, first due to the measures imposed by the Executive to contain the spread of Coronavirus in Nairobi, Kiambu, Kajiado, Machakos and Nakuru counties without offering any stimulus or relief packages, and second, the return of the International Monetary Fund (IMF) bound to advance a loan worth Kshs.255 billion (US$2.34 billion). The second issue forms the scope of this article.

History, surely, repeats itself and sometimes does so in an uncannily, farcical or tragic fashion. IMF’s recent therapeutical prescription to better the financial health of the Kenyan economy bears the farcical and tragic elements. It is farcical considering the policy prescriptions or conditionalities attached to the loan, and it is tragic thinking about the outcome of IMF’s past engagements not just in Kenya but across Africa and other developing countries in the world.

Superficially, the loan is meant to enable the Kenyan economy to overcome the shocks created by the COVID-19 pandemic. But this is only a symptom of a deep-lying financial mess stemming from undisciplined borrowing and poor accountability of the collected revenue. This is not to say, however, that Kenya would have weathered the shocks of the pandemic without any external assistance, but certainly not to the tune of Kshs.255 billion.

The policy objectives of the loan profess the macroeconomic challenges that characterize the Kenyan economy, and they include: reducing debt vulnerabilities by increasing tax revenues; enacting structural reforms and improving governance by addressing corruption and improving the efficiency of state-owned enterprises (SOEs); and strengthening the monetary policy framework and supporting financial stability.

Achieving the aforementioned objectives is one thing and going through the painful process to achieve the policy goals is a different thing, perhaps a nightmare or necessary evil for the ordinary Kenyans. The painful nature of the structural reformation lies in the expected loss of jobs and freezing of employment in the public sector, an increase in taxes, and spending cuts set to hamper service delivery.

Learning from history is a choice, but ignoring it is certainly a recipe for failure and breeds the germs for the law of unintended consequences to take place. With all its pretence about the success of austerity policies manifested by the structural adjustment policies (SAPs) – the classical Washington Consensus – the IMF came to terms with the failure of these policies at the turn of the New Millennium and renamed them to Poverty Reduction Strategy Papers.

The rebranding was more political and less informed by tangible economic policy lessons drawn from the two-decade-long history following the introduction of SAPs in the early 1980s to 2000. The major outcome of the politics of poverty eradication and development at the turn of the New Millennium was the publication of the Millennium Development Goals (MDGs) and thus the urgency by the IMF and its twin member of the Unholy Trinity, the World Bank – the World Trade Organization (WTO) being another religiously dedicated member – to refurbish, at least in appearance but not in substance, the infamous policies.

SAPs were first introduced in Kenya in 1980/1981 but were on the margins of the country’s economic policy agenda. A poorly performing economy in the mid-1980s led to the formal introduction of SAPs through Sessional Paper Number 1 of 1986 on Economic Management for Renewed Growth. The primary objective of this Sessional Paper was to create a free-market economy with the private sector as the engine of economic growth.

The 1990s witnessed an uptake of SAPs in Kenya, Africa, Asia, Eastern and Central Europe and Latin America primarily due to the end of the Cold War marked by the collapse of the Soviet Union and the emergence of the United States of America (USA) as the world’s superpower state.

Bill Clinton was elected as the USA's first post-Cold War president in 1992 and had the herculean task of crafting America's foreign policy that would not be defined by prospects of war or geopolitical machinations and ambitions of the Soviet Union. His administration settled on promoting free trade and democracy as its foreign policy agenda, and this influenced IMF’s mode of operation; no economic and political reforms, no financial aid.

It is really difficult to broadly point out the successes of the introduction of SAPs in Kenya. However, one may single out the re-introduction of multipartyism and the growth of the private sector as some of the positives, but the massive inequality gap and a deeply entrenched culture of corruption negate the achievements.

The chequered history of the IMF in Kenya resonates more with the failures than achievements, and the country's political leadership has flatly failed to learn from it. For instance, the introduction of SAPs in the late 1980s and the better part of the 1990s led to spending cuts on education and healthcare sectors, two of the most crucial sectors that enhance economic growth and development. By the way, the IMF and the World Bank have a disturbing past of ignoring the role played by the education and healthcare sectors in growth and development.

In particular, Kenya’s higher education was thrown off-balance by the SAPs in the 1990s with the two financial institutions forcing the adoption of a collaborative school fees payment scheme between parents/students and the government which led to the introduction of the privately-sponsored undergraduate degree programmes. This diluted the quality of university learning; universities morphed into cash-making citadels and cared less about the research and academic standards. The proposed reformation of SOEs targets the three largest public universities which according to The National Treasury and the IMF are making losses and in dire need of restructuring.

SAPs were introduced when Africa was coming to terms with the HIV/AIDS scourge and certainly, the spending cuts affected the delivery of healthcare services. What if the IMF and the World Bank directed focus to scale up capacities of developing economies including Kenya's? Could we be talking about the now common demonization of public healthcare facilities? But they simply couldn't do that because of the neoliberal orientation of negating socialized ventures such as publicly funded hospitals and schools. Definitely, it's ideological warfare.

Universal healthcare remains a big challenge partly because of the SAPs. Private healthcare facilities are considered more effective than public ones which are perceived as poorly equipped, understaffed and crowded. I’m tempted to state that this is one of the dark spot legacies of SAPs in Kenya’s economic history.

And now SAPs are being reintroduced in the country during the COVID-19 pandemic and it is pretty clear that IMF’s footprints are not charity-based but profit-making ventures with geopolitical undertones.

The tomfoolery of the IMF and Kenya's political leadership in expecting prosperity while raising taxes, cutting public spending, freezing hiring and facilitating lay-offs in the public sector is undesirable. The social and economic effects of these policies will hover around for decades.

While the chickens have come home to roost, it is an appropriate time to ponder about the policy missteps and poor economic governance presided by both the Executive and Parliament. In the last eight years, Parliament has failed to check the Executive. Parliament has acted in cahoots with the Executive to constantly neglect the debt ceiling and thus over-borrowing, and hampering transparency and accountability in utilization of tax revenue and borrowed funds.

How will raising taxes create prosperity when one-third of the national budget is hardly accounted for? Tax revenue may increase with the structural reforms but embezzlement may also go higher. Most importantly, the broken glass economics suggested by the political leadership and IMF will only lead to a rise in poverty levels, and it is lop-sided thinking to implement austerity measures in the wake of an economic crisis.

The IMF has proposed an increase in Value Added Tax (VAT) on fuel from 8% to 16%, and that this should be effected when the global prices for crude oil fall. Accordingly, the world's primed lender of last resort considers increasing the VAT on fuel presently as politically risky. Of course, it is. Fuel should be the last commodity that is highly taxed because the ripple effects in the economy tend to lead to an immediate rise in the cost of living. And the political price that comes with the increase is certainly costly.

I believe the government will increase university fees in the pretext of enhancing better management of the institutions. This will be socially and economically costly for most families.

How about restructuring other SOEs? Yes, a good number of them are choked with inefficiencies, but if most of them are privatized, then we should be ready to pay the social and economic prices.

Privatization is not a magic wand to injecting efficiency in SOEs. According to Chang, “a government that is unable to control or eliminate corruption in its SOEs is not suddenly going to develop capacity to prevent corruption when it is privatizing them. Indeed, corrupt officials have an incentive to push through privatization at all costs, because it means they do not have to share the bribes with their successors and can ‘cash in’ all future bribery streams…”, and “…privatization will not necessarily reduce corruption, for private-sector firms can be corrupt too”.

The die is cast; the shock therapy is here for ages.

This article has been read 416 times
COMMENTS