Why Terrorism is Cultural Imperialism 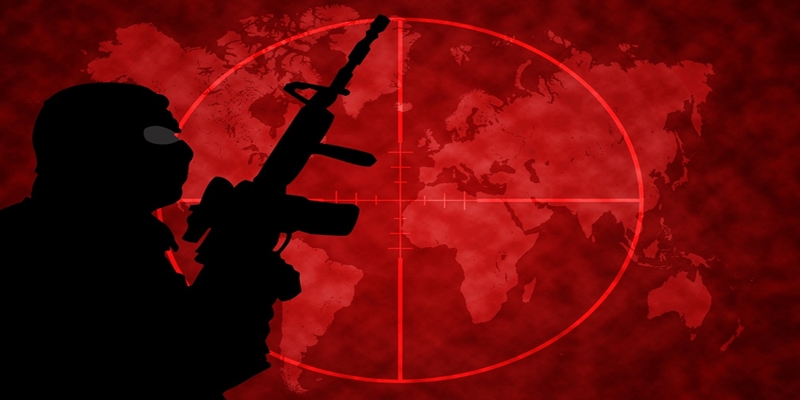 Terrorism is viewed as a religious and political matter while it actually is colonisation in itself. Why are all current terrorist groups fighting for political ends using foreign ideologies? Why are most of them identifying themselves with Arabic or Islamic organisations such as ISL, al Qaeda and others? Are these group free or just the tentacles of their masters who hide themselves behind religion and whatnot?

Are there any foreign groups fighting under anything African out of Africa? Why do African groups fight under foreign ideologies if they are not colonized?  If anything, this is what cultural imperialism is all about.

Our former colonial masters use terrorism as neocolonialism or tool to occupy the continent militarily. Currently, in West African countries of Mali, Mauritania and Niger and some in Central African countries such as Cameroon and the Central African Republic (CAR) are occupied by their former colonial rulers under the pretext of flashing out terrorist groups. If you closely examine these countries, they are all endowed with immense sources of natural resources. Just look at Somalia that has been occupied by terrorists for decades, nobody is coming in to help since the country has no resources. While these currently military occupied countries invited their former colonial masters to ‘help’ them, I don’t know if they pondered on the nature and size of the problem they were creating. If it took Africa many years to fight for freedom from a small contingent of colonisers, how long will it take to fight the militaries of its former colonial masters?

Culture is an element we need to take seriously in order to avoid the cultural imperialism that is spread by religions. Africa should not allow foreign dogmas to disturb Africa’s equilibrium. Divide and rule is a huge strategy that colonialism used to antagonise and destabilise Africa. Given that this is a problem many countries are now facing, there are many ways of dealing with it constructively and scientifically by attacking the root causes of the problem. One sure way of combating terrorism in Africa is through the decolonisation of the minds of the victims of fundamental ideologies. Africa needs to decolonise its education to make sure that the African mind is liberated.

Decolonisation of the Mind

Colonialism attacks the mind so as to make it sick and vulnerable for perpetual exploitation and subjugation. Once the mind has been negatively affected, it sees things differently from what they actually are. Victims begin to view themselves as different personalities. It is only in Africa where Africans view themselves as Christians and Muslims first, but not Africans.  It is this disease that propels people to commit atrocities against other innocent human beings for political gains or statements. Arabs, Europeans and Indians are their nationalities first but not their religions. We need to embark on the process of decolonising our minds and our people despite the fact that it may take a long time.

The global war on terror is a double-edge sword for Africa in that it propagates the security of Africa on one hand while on the other, it causes future insecurity.Like any doctor, those trying to decolonise the minds of the victims of colonialism need to embark on diagnostic and prognostic approaches in their undertakings in order to offer  accurate prescriptions.  One of the prescriptions is to limit the influence and privileges of institutions that have always preached toxic dogma that shows Africa’s cultures as inferior and uncivilised. If all human beings are equal, their cultures are likewise equal.

Education can be used to combat terrorism in Africa. The first step towards decolonising the minds of terrorists and their sympathisers is through overhauling and regulating the current syllabi to make sure that education provided in African countries meets its aspirations, goals and values. The ministries of education should make and provide syllabi to that make citizens to be citizens first before being believers or followers of certain ideologies or faiths. Faiths that oppose or contrast the natural identities of citizens or societal concord should be banned right away. All schools should be under inspection time after time to see to it that the type of education and skills provided comply with the national goals.

What Africa at large needs to underscore is the fact that terrorism is not a threat to a few but all African countries. Since it is used to occupy Africa militarily, it’ll expand slowly as colonialism did in the 18th century. So, those who think that terrorism is not their problem, should think twice.

This article has been read 228 times
COMMENTS