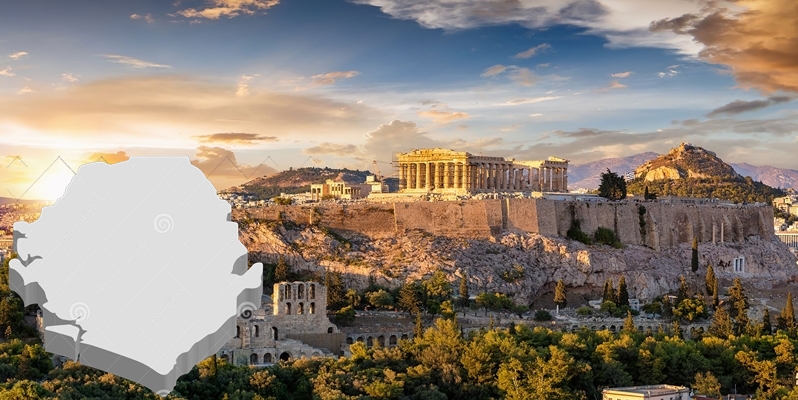 “The (ancient) Greek and Athenian philosopher, Plato, in his book, ‘Republic’, spoke of ‘Philosopher Kings’ - people with knowledge…who should be made to govern. In the Nineteenth Century, Sierra Leone was the center for the training of teachers... and administrators for the whole of British West Africa. Many Africans used to throng this country for quality education. We all know the important role of institutions like Sierra Leone Grammar School, the Annie Walsh Memorial School, and Fourah Bay College – the first institution of higher learning in sub-Saharan Africa.

Sierra Leone held that enviable status as a center of learning or the 'Athens of West Africa' – Ben Kaifala, Commissioner of the Anti-Corruption Commission (ACC), in a speech delivered at Njala University, Bo, Southern Province of Sierra Leone, 15th April, 2021; with the title, “Reclaiming the ‘Athens of West Africa’: How the Synergy Between the Fight Against Corruption and Quality Education Holds the Promise of a Reborn Sierra Leone.”

In the above quoted words, “Reclaiming the ‘Athens of West Africa’”, there is embedded an Orwellian Big Lie – that Sierra Leone was once the ‘Athens of West Africa’. Athens was one of the ancient Greece city-states that wrought one of the greatest civilizations for humanity. There is no way you could compare the feats of ancient Athens to Sierra Leone at its supposed height in the 19th. Sierra Leoneans, meekly obeying the orders of the British colonialist then, could best be compared to ‘house slaves’ who were house servants to the “big master” on the American plantations in the era of the Atlantic Slave Trade.  At a meeting with stakeholders of Kono District in Koidu City on 3rd April, 2021, Ben Kaifala, made reference to an online conversation he had with a senior government official of the US government who had said that the Ben Kaifala-led ACC is a “model” in Africa of a successful fight against corruption!!

Ben Kaifala is in a power-position to catalyze speedy actions to forge ‘the New Truth’ of a Sierra Leone being a model country successfully waging war on corruption. He need not draw strength from the ‘Athens of West Africa’ Big Lie.  Ben Kaifala has an impressively intimidating array of academic credentials. He is probably the only Sierra Leonean who has been FIRST in every class he sat in from primary school till he completed secondary school. Since he had gotten excellent grades in his school-leaving public exams, WASCE, during his final year at the Sierra Leone Grammar School in Freetown - the Top Arts Student of his generation (2002), with 5 A’s and 3 B’s - Ben Kaifala was allowed straight into the Law School at Fourah Bay College, University of Sierra Leone. He earned his LL. B (Honours) in 2006 – graduating among the top of his class, and won the Attorney-General Eke Halloway award for outstanding performance. He was the “Star Pupil” (Best Student), and won in 2007 these awards: the Chief Justice Ade Renner-Thomas Prize for Best Student; Prof. Alghali prize for “Best All-rounder”; the C.P. Foray Prize for “Best Student in Equity and Trust”; the “Justice George Gelaga-King Prize for Best Student in Construction of Legal Documents and Drafting, etc”.

December 9, 2014: Ben Kaifala got his Masters of Law degree from Queen Mary, University of London, United Kingdom.  Queen Mary’s is No. 12 among the Top Universities in the United Kingdom. In the United States, Ben Kaifala earned another LL.M degree in Comparative Constitutional Law, Administrative Law, and International Human Rights on 19th May, 2018 at the University of Texas, Austin School of Law – the university is No 14 among the 204 Law Schools certified by the American Bar Association (ABA). Ben Kaifala is faced with his toughest exams today in the ‘University of Real Life’.  He does not need Big Lies to sheen his speeches.

What the Real Ancient ‘Athens’ Achieved

Politics is a Greek word meaning ‘affairs of the polis’ – polis meant ‘city’ or ‘state’. Democracy, oligarchy, monarchy and tyranny are just some of the many other terms we have taken from ancient Greeks. They were probably the first civilization to really think about politics. Unlike their contemporaries, they analyzed different systems; they didn’t simply assume that their own way was the only way. It was this critical thinking that was probably their greatest legacy. The ancient Greeks EXPERIMENTED with governance systems – there was the experiment of ‘people’s democracy’ in Athens which every decision was like a referendum; and there was tight North Korea-type social control in Sparta.

Like in most of the world at that time, superstition was the accepted way of understanding why there would be storms or floods, volcanic eruptions or earthquakes, etc. And, myths were built around those. The first person to attempt to explain the universe naturalistically without resorting to mythical explanations is thought to have been the Ionian Green philosopher, Thales or Miletos (lived c. 624 – c.545 BC). Others that followed included Pythagoras of Samus (lived c. 570 – c. 495 BC). They were not scientists in the sense of today; but they were the ‘fathers of modern science’, or, “proto-scientists”.

What we learn from ancient Greece, gotten from the philosopher Hippocratis (460 BC – 370 BC), is till part of modern medicine today - the "Hippocratic Oath"; an oath of ethics, taken by medical doctors. This oath includes the principles of medical confidentiality (you don’t leak the medical secrets of your patients), etc.   In ancient Greece, their extreme competitiveness in sports created what is known in modern day as the “Olympic games”. Sierra Leoneans were educated, groomed, by British colonialists to manage offices, trains, small-size commercial companies, etc. in British West African countries – The Gambia, Ghana, Nigeria. Sierra Leoneans didn’t innovate.  They didn’t spread great ideas and processes. They were NOT like ‘ancient Athenians’.

The Sierra Leonean that qualifies to come closest to an ancient Athenian was Edward Wilmot Blyden (1832 – 1912) - the great, great, great grandfather of feisty and irrepressible female Sierra Leonean politician, a medical doctor, Dr. Sylvia Olayinka Blyden - who was the foremost African intellectual of the 19th century.  His writings contributed significantly to the rise of pan-Africanism.  Blyden looked forward to the rise of an independent West African nation.

On Tuesday 23rd February, 2020, the United States government recognized the Commissioner of the ACC, Ben Kaifala, as “International Anti-Corruption Champion 2020” - for his “outstanding commitment to the prevention, exposure, and combating of corruption as Commissioner…”. That was just one of almost monthly local and international awards that has been won by Ben Kaifala since  2018 – buttressing  what he called in an AYV television interview “mind-blowing” rankings from credible international organizations like  Transparency International (Sierra Leone is now No 3 on the Africa ranking on corruption); Afrobarometer; the US’ government’s Millennium Challenge Corporation (Sierra Leone’s Control of Corruption ranking spiked from 41% in 2017 to 81% in 2020, and positioning our country to clinch $400 million in the MCC’s Compact programme), etc. Euphoric! Intoxicating for the almost-youth 37 years old Ben Kaifala. He needs Yoga discipline from 66 years old Oswald Hanciles, the Guru, to rein his egoistic-ism, and keep himself in emotional balance.

The international laurels won by Ben Kaifala has not resulted in Sierra Leone’s economy growing; inflation is ‘torturing’ the masses, and poverty is ‘murdering’ people; a poverty which worsened after the Ebola Virus war on Sierra Leone in 2014.  The current SLPP government of Retired Brigadier Maada Bio is being bombarded with corruption allegations by especially the US-based Africanist Press. The corruption awards of Ben Kaifala have to have synergy with other sectors of government, and be   used as a magnet to attract significant Foreign Direct Investments, and international aid, for it to have local significance.

Maybe, there is something missing – instead of Ben Kaifala rattling statistics of his ratings by international organizations, he ought to look inward. For example, he should go to the National Revenue Authority (NRA)’s Customs Department, and meet with clearing and forwarding agencies, and small-time importers, and ask them: “Has corruption been reduced over the past three years"? Go to hospitals and schools, and fisheries, and agriculture ministries, and get video record of the honest views of stakeholders, encouraging them to report the corrupt government officials throttling them, resulting in rising prices for rice and fish.  A real successful fight against corruption has to stop the hemorrhage of the economy, and unleash the productive energies of the people. And create a general sense of social justice, stimulating more cooperation and cohesiveness in the poisonous political space of Sierra Leone. The reverse of those variables have been the case over the past three years.

Maybe, it is because the ACC is not robust enough; too pragmatic; pandering to the logic of most of the political and bureaucratic elite that believe in another Big Lie of corruption being unavoidable in Sierra Leone.  There appears to be elements of “Selective Justice” in the ACC's strategy, a worshiping of ‘sacred cows’. It’s touted ‘out-of-court-settlements’ that have raised Le30 billion in three years has provided COVER for the faceless government officials who have confessed their guilt, and returned monies stolen from government. He appears reluctant to invoke the 2008 “Unexplained Wealth” clause of the ACC Act, and, as I have often written, the ACC is "blind to corruption even the blind can see in the $500,000 mansions on the mountains of the Freetown Peninsula owned by government officials earning about $1,000 monthly".

Ben Kaifala has been exhorting youth to support the ACC’s anti-corruption campaign. He has not apparently gotten the youth energized on this. Not surprising.  Youth would be excited largely by radical action – by ‘revolutionary blood’. There is little "synergy" between the War on Corruption and "quality education" - libraries and laboratories are nonexistent or empty; teachers are underpaid and generally demoralized.

Only when Ben Kaifala follows my prescriptions hinted here would he one day make Nigerians to say in their fight against corruption, for example, “be the Ben Kaifala/Sierra Leone of Nigeria”. And continue to earn the political capital the President needs to easily win his Second Term in 2023.

This article has been read 386 times
COMMENTS