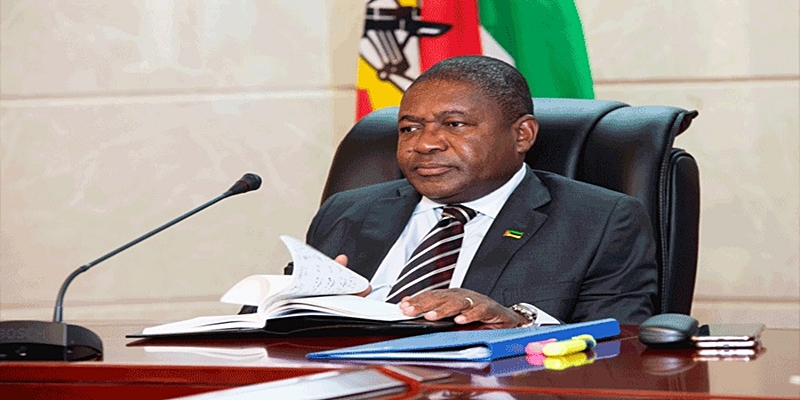 The Chairperson of the Southern African Development Community (SADC) and Mozambican President Filipe Nyusi has to make consistent efforts toward addressing the systemic governance deficit, deepening political discontent, and widening socio-economic disparity to maintain long-term peaceful environment in Mozambique. That was the message that emerged from discussions via a videoconference held by the Centre for Strategic and International Studies (CSIS) of the United States.

Hanna Tetteh, Special Representative of the UN Secretary-General António Guterres to the African Union (AU) and Head of the United Nations Office to the African Union, among other high-ranking speakers and experts expressed the fact that Mozambique has to mobilize its own resources, and be also supported by member states of the Southern African Development Community (SADC).

Tetteh further suggested that the Mozambican government has to understand the primary internal challenges and analyze the causes of rising armed attacks in the country that threaten to spread to other parts within southern Africa.

The United Nations (UN) Special Representative to the African Union explained that the insurgency situation in Mozambique is not advanced enough to justify international military intervention or peacekeeping operations.
She argues that “there is still the opportunity to use political processes to try and get people to come back from the brink and to address some of the root causes of the conflicts. In Mozambique, for instance, we’re talking about counterterrorism as opposed to a peacekeeping engagement activity.”

The support has to be given at the level of bringing “the political tools to bear to try and create solutions within those regions and deal with some of the governance deficits that they have – lack of service provision, challenges with inequality – and, of course, at the same time, to provide a humanitarian response,” she emphasizes.

According to the UN official, the various organizations have to converge tools and structures, through collaboration, in order to “be more proactive on the prevention as opposed to spending money on peacekeeping.”

According to several reports, the armed violence in Cabo Delgado, northern Mozambique, has been going on for the past three and a half years but gained a new dimension on March 24 when armed groups first attacked the village of Palma, which is about six kilometers from the multi-million dollar natural gas projects.

It has had devastating effects – displacement of approximately 700,000 people, created worsening a humanitarian crisis. Many businesses in the region have badly been affected. Agostinho Vuma, the President of the Confederation of Economic Associations (CTA), estimates huge loss in terms of US$209 million (€174.4 million).

While 1,110 companies closed, “the other 750 companies suffered indirect impacts due to their exposure in the various value chains, whose flow (of activity) was interrupted following the attack on Palma district,” the CTA president says.

In addition, he says that US$100 million (€83.4 million) corresponded to losses in agricultural production, US$95 million (€79.2 million) in physical capital and US$14 million (€11.7 million) in cash flow in the various value chains.
While deploring kidnapping of business people and their relatives - another crime that is hindering investment and gives an image of an unstable Mozambique, Vuma mentions ways to promote the sustainability of the business sector linked to the natural gas megaprojects in Cabo Delgado.

According to the Regional Economic Outlook: Sub-Saharan Africa report released on April 15 by the International Monetary Fund (IMF) in Washington, Mozambique needs to swiftly address all kinds of internal conflicts.

“What is going on in Cabo Delgado, in Palma, is just horrendous, all the more so because this latent insurgency has been identified as a threat for many years,” Abebe Aemro Selassie said at a press conference in Washington.
The International Monetary Fund (IMF) expects Mozambique to recover after establishing a peaceful environment, putting under control the internal conflicts and beginning to make economic growth from the current rate 2.8%. The economic growth rate is predicted to increase to 4.7% in 2022.

Many African countries, Mozambique among them, have achieved little with their development efforts due to multiple reasons including ineffective policies, poor monitoring and evaluation, and worse, due to deep-seated corruption.  The Mozambican government has, over the years, consistently failed to use its resource wealth to develop its own economy and improve living standards.

Given the circumstances, one sure alternative path is to start from prioritizing job creation spheres and welfare of the population, and the establishment of new industrial sectors, to greater energy access, improved energy security and push for a long-term economic growth and stability.

It is not enough for SADC leaders to convey and/or express, in words, full solidarity with Mozambique and reaffirm commitment to contribute towards the efforts to bring about lasting peace and security in the region. SADC leaders have to take practical measures now, and not to keep postponing possible solutions, experts unreservedly say.
Frequent attacks, without doubt, are threats to development, but the root causes have to be identified and addressed in a well-refined, systematic, rigorous and more practical way to ensure sustainable peace and tranquility for business and human habitation.

Presidents and defense ministers from Botswana, Zimbabwe and South Africa that make up the Organ Troika, have resolved to deal with the deteriorating security situation in Mozambique within their legal mandate.

With an approximate population of 30 million, Mozambique is endowed with rich and extensive natural resources, but remains as one of the poorest and most underdeveloped countries in the world. The IMF has classified the country as a Heavily Indebted Poor Country (HIPC). Over the past few years, the economy has been shaken by a number of serious corruption scandals, and the government has achieved little results with its anti-corruption efforts.

Mozambique is located in southeastern Africa bordered by the Indian Ocean to the east, Tanzania to the north, Malawi and Zambia to the northwest, Zimbabwe to the west, Eswatini (Swaziland) and South Africa to the southwest. It is one of the 16 countries, with collective responsibility to promote socio-economic and political and security cooperation, within the Southern African Development Community (SADC).

The author is a versatile researcher and a passionate contributor. Most of his well-resourced articles are reprinted elsewhere in a number of reputable foreign media.

This article has been read 135 times
COMMENTS