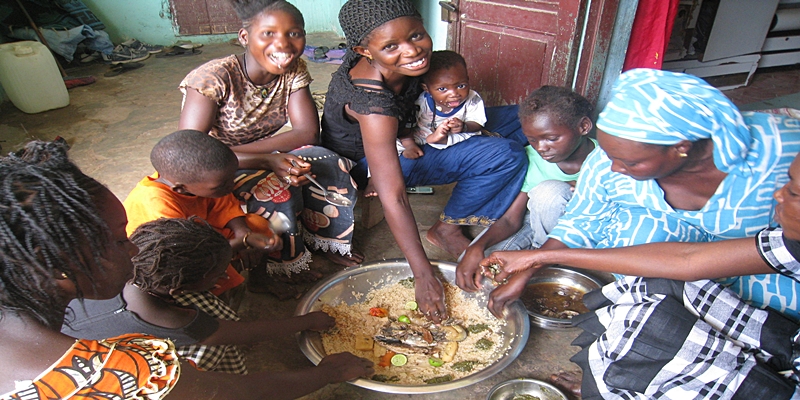 COVID-19 has wreaked havoc. Aside from the number of people that have died, the impact on Africa’s food security has been severe.

Today, 246 million Africans go to bed hungry each day. Unfortunately, for many in Africa, the risk of dying from hunger is much higher than dying from COVID-19.

To fully recover from the pandemic, Africa must now rapidly upscale efforts to boost food production. Without food medicines don’t work. Without nutrition, vaccines are not effective.

We must produce food on less land. We must conserve forests. And we must ensure sustainability and climate resilience.

Technologies to feed Africa exist. What has been lacking has been a comprehensive approach to take them to scale – with accountability for impacts.

To take technologies off the shelves and get them into the hands of farmers, there is need for a technology development and delivery platform that works at scale.

That is exactly what has been done by the Technologies for African Agricultural Transformation (TAAT), a technology and innovation delivery platform supported by the African Development Bank, The Bill & Melinda Gates Foundation, IFAD and several other partners.

Across Sudan and Ethiopia hundreds of thousands of hectares are now planted to the heat tolerant wheat varieties.

When drought hit the Southern Africa region in 2018/ 2019, TAAT came to the rescue. It deployed drought tolerant maize varieties which were cultivated by 5.2 million households on 841,000 ha. As a result, farmers survived the drought, from Zimbabwe, Malawi and Zambia, allowing maize production to expand by 631,000 metric tons, with a value of $107 million.

In just two years, TAAT has worked across 28 African countries, on 76 proven agricultural technologies, across 15 crops, and reached 11 million farmers. Food production has expanded by over 12 million metric tons. And TAAT has saved countries food imports worth $814 million.

The achievements to date have been impressive. We must now go to scale to feed 1.4 billion people in Africa, taking advantage of market opportunities provided by the African Continental Free Trade Area.

As Africa goes to the UN Food Systems Summit, we are already showing results never before seen, at scale in Africa.

The African Development Bank will put greater support behind efforts to feed Africa. The African Development Bank will invest $10.4 billion, over the next five years, to boost the development of agricultural value chains and food production in Africa. The Bank will also invest $1.6 billion, in the next five years, to support 10 strategic crops to drive food security. We will do our part. But greater amounts of resources are needed to feed Africa.

This article has been read 397 times
COMMENTS